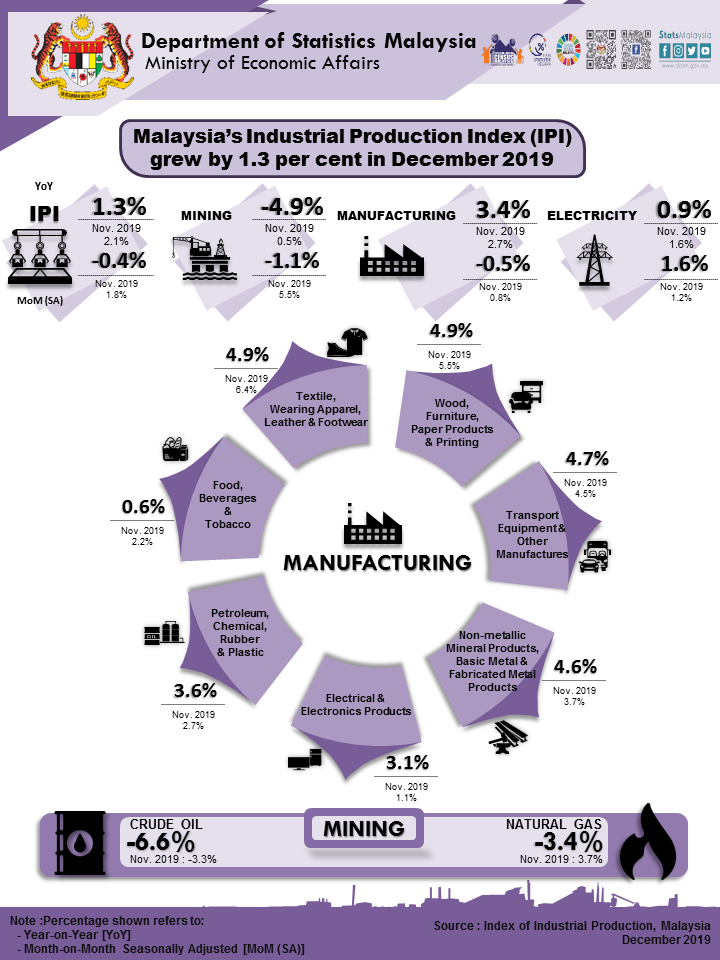 The Industrial Production Index (IPI) grew by 1.3 per cent in December 2019 as compared with the same month of the previous year. The growth in December 2019 was driven by the increase in the index of Manufacturing (3.4%) and Electricity (0.9%). Meanwhile index of Mining recorded a decline of 4.9 per cent.

The Mining sector output dropped 4.9 per cent in December 2019 as compared to the same period of the previous year. The decline was due to the decrease in both indices under Mining sector which were Crude Oil and Condensate index (-6.6%) and Natural Gas index (-3.4%).

The Electricity sector output increased by 0.9 per cent in December 2019 as compared to the same month of the previous year

The IPI for the year of 2019 recorded a growth of 2.4 per cent as compared to the previous year. The increase was contributed by the growth in Manufacturing and Electricity sector which were 3.6 per cent and 3.3 per cent respectively. Meanwhile, the Mining sector declined by 1.7 per cent.

The full publication of the Industrial Production Index, November 2019 can be downloaded through eStatistik portal.

Data for December 2019 is provisional. The data will be updated based on the latest available figures and subsequently published in the January 2020 publication.