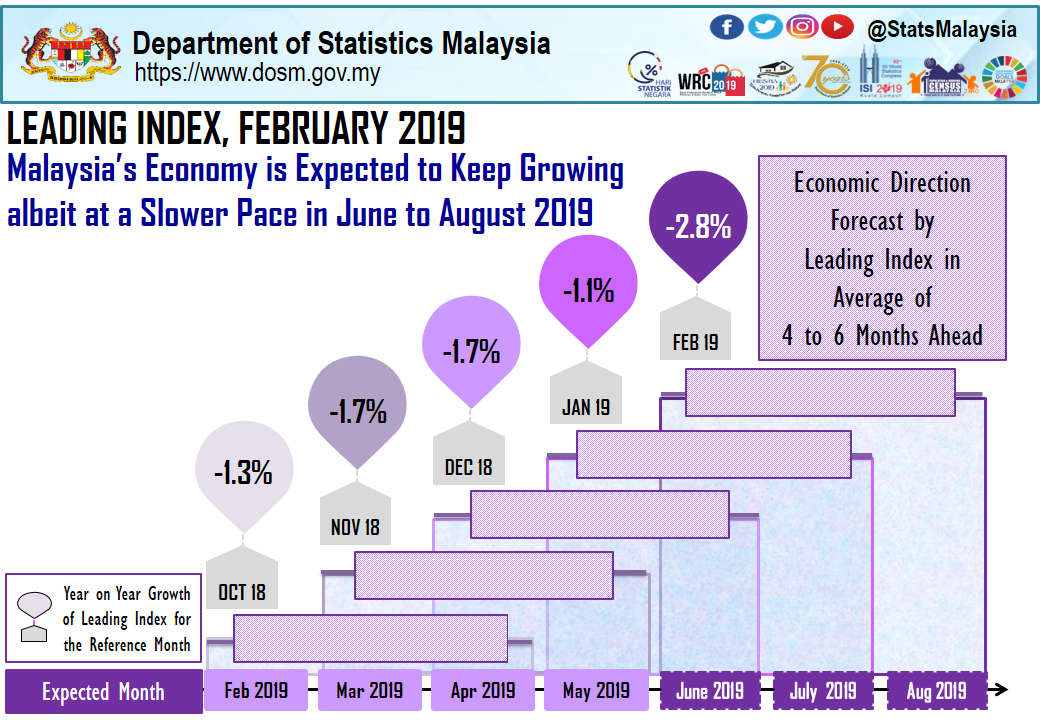 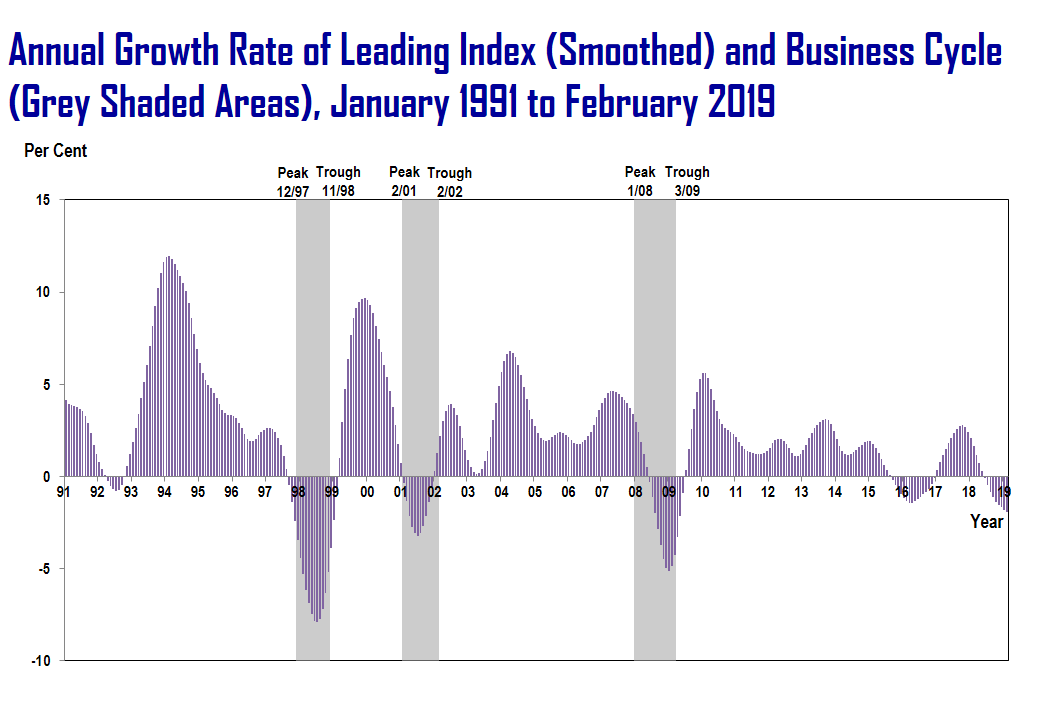 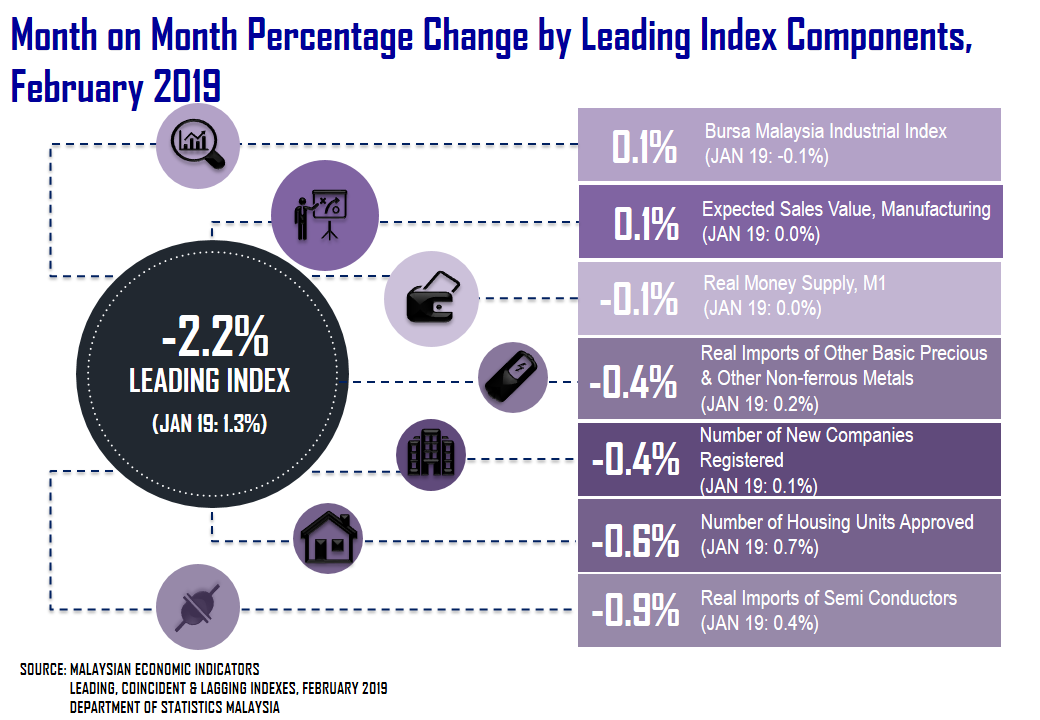 Malaysia’s economy is expected to keep growing in June to August 2019 albeit at a slower pace according to the Malaysian Economic Indicators: Leading, Coincident & Lagging Indexes for the reference month of February 2019. The monthly growth rate of Leading Index (LI) decreased 2.2 per cent by registering 116.3 points in February 2019 as against 118.9 points in January 2019. Two components that posted the highest percentage decrease were Real Imports of Semi Conductors (-0.9%) and Number of Housing Units Approved (-0.6%). The LI also showed a slower momentum of year-on-year change in February 2019. The LI is able to point out the direction of economy for an average of four to six months ahead.

The Coincident Index (CI) which indicates the current economic performance, decreased 0.9 per cent in the reference month. Capacity Utilisation in Manufacturing sector (-0.7%) was the component that led to the significant decrease. However, the annual change of CI rose 2.9 per cent in February 2019.

(The complete indicators on Leading, Coincident and Lagging Indexes are shown in the following Table 4