Gross value added in 2010 registered RM805.2 billion with compensation of employees accounting for 32.3 per cent, operating surplus 66.5 per cent and other net taxes on production 1.2 per cent.

Figure 1 : The Flow of Goods and Services According to the Input-Output Tables 2010 (RM Billion) 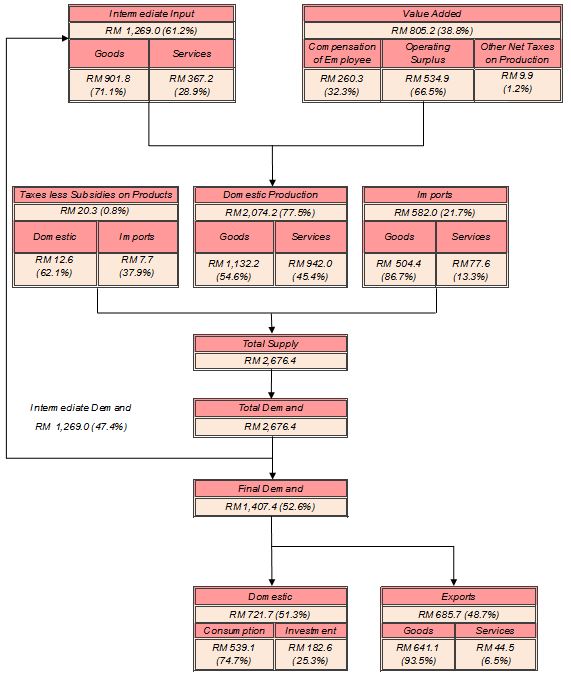