Domestic consumption of natural rubber shrinked by  10.5 per cent to  39,586 tonnes in February 2018 as compared to the previous month. The main industry using natural rubber was rubber glove industry at   29,654 tonnes (74.9%). 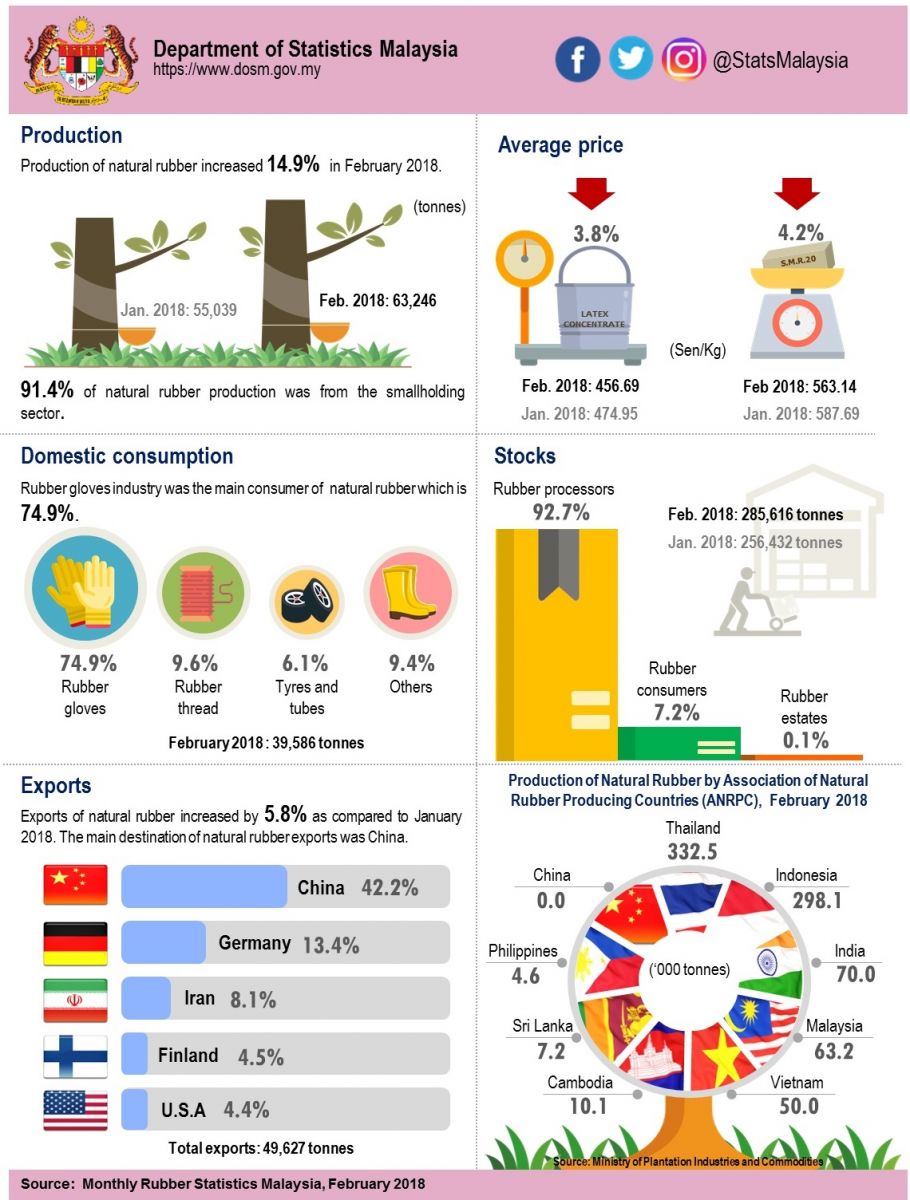 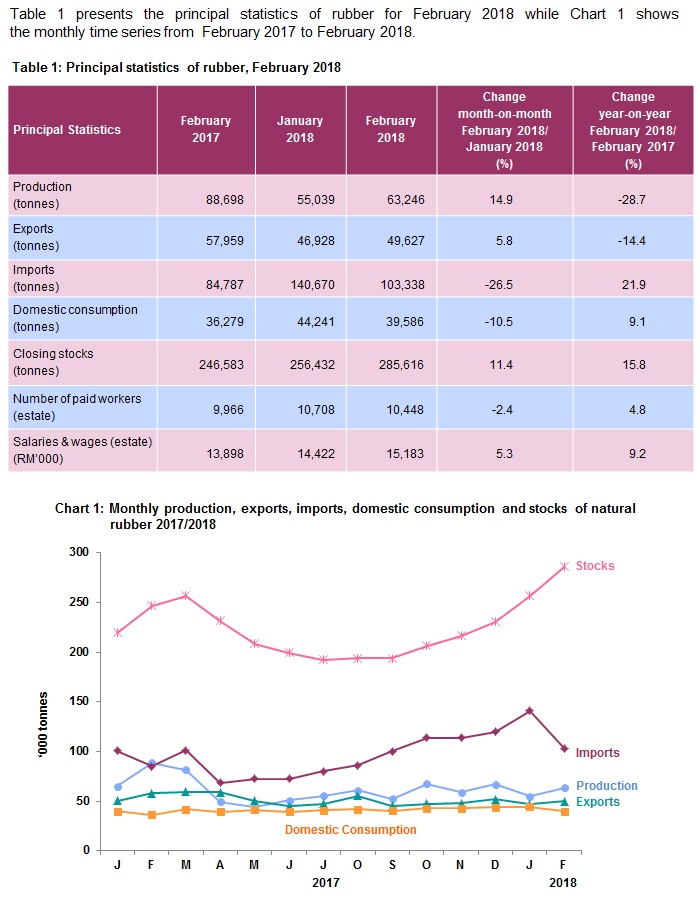 Data for February 2018 is provisional.  The data will be updated based on the latest available figures and subsequently published in the March 2018 publication.