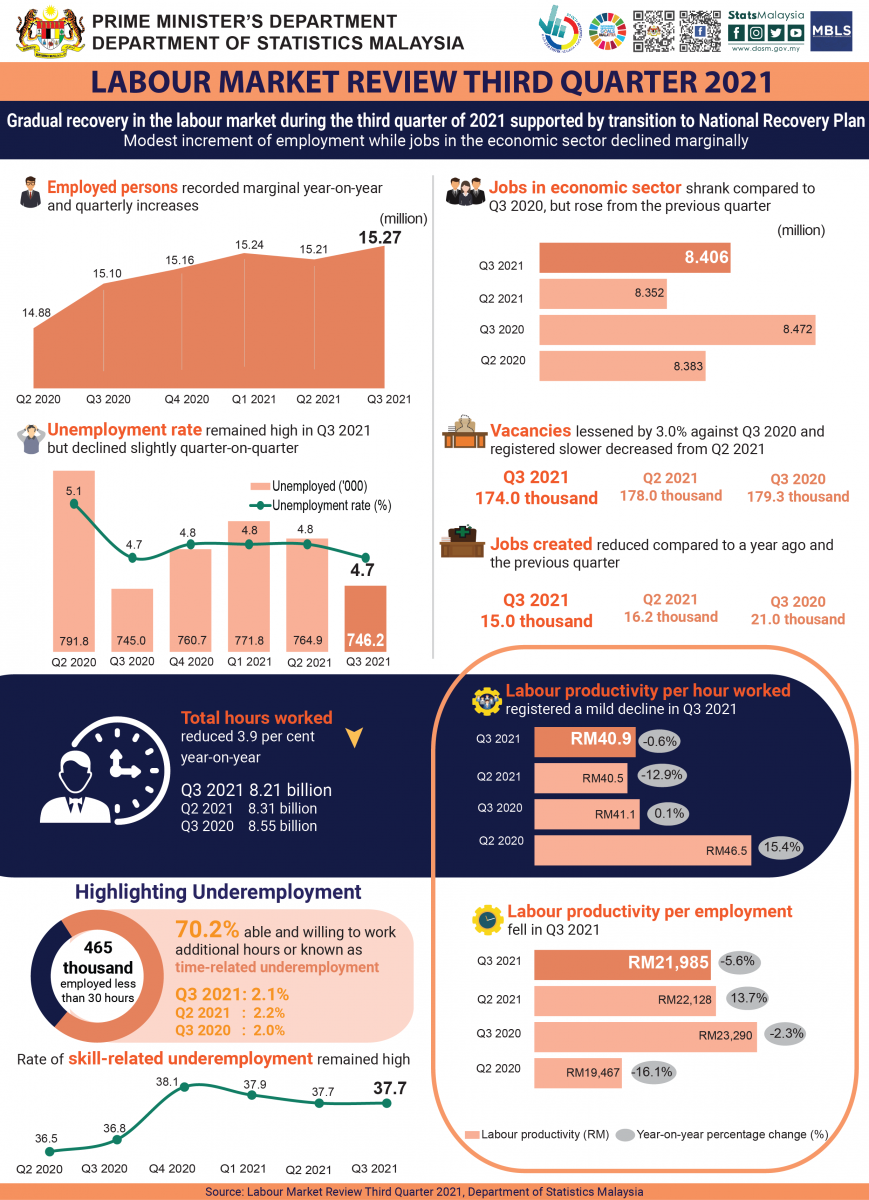 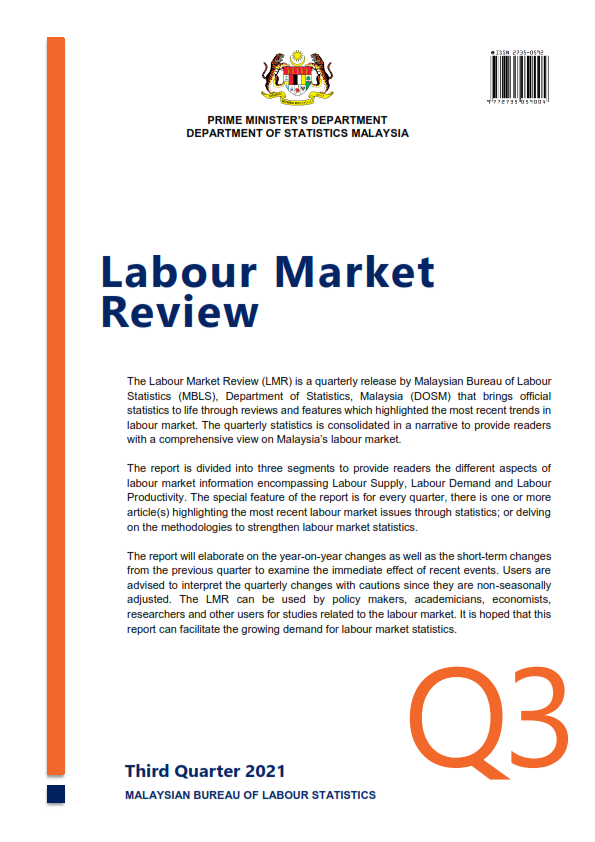 The full publication of LMR Q3 2021 is also accessible and downloadable free of charge through the eStatistik application in DOSM web page, www.dosm.gov.my.