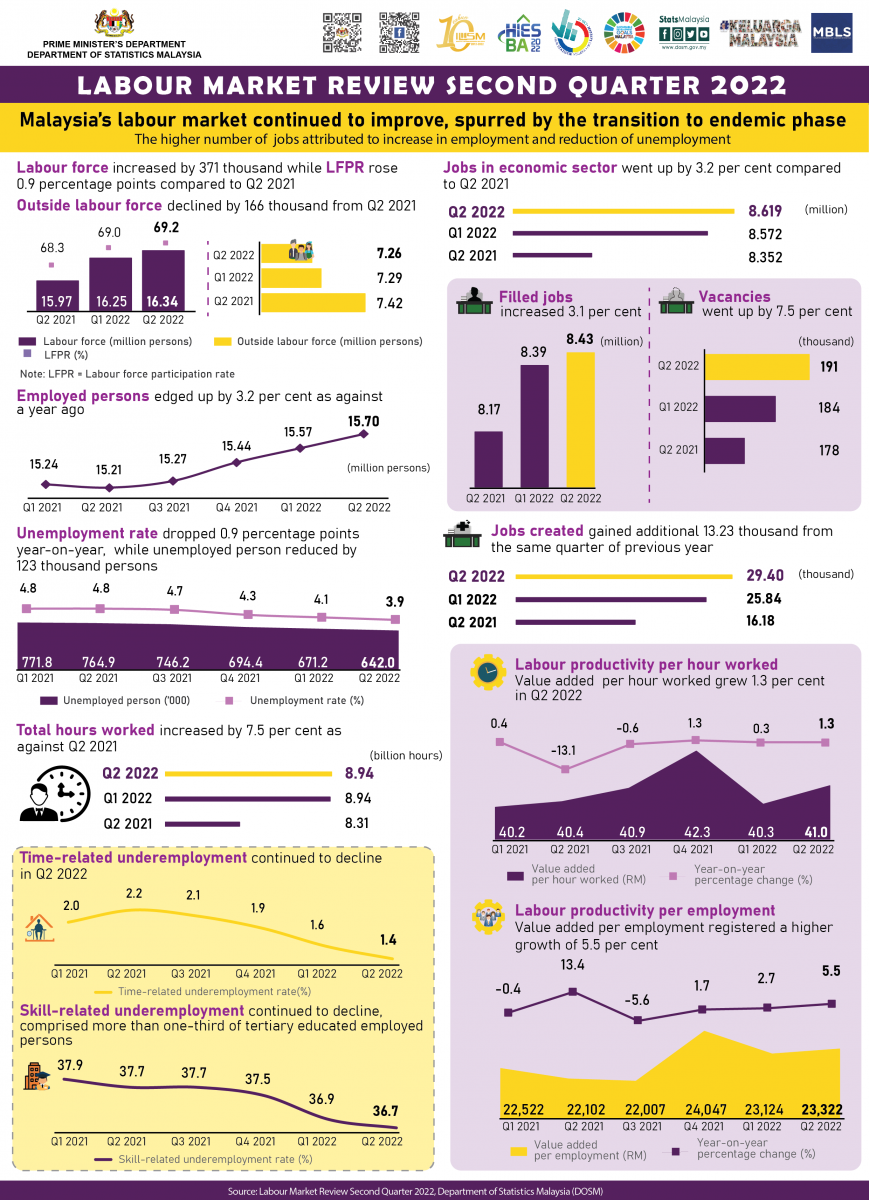 The full publication of Labour Market Review Second Quarter of 2022 can be downloaded through eStatistik Portal.