This publication presents annual graduates statistics for the period of 2016 to 2018. The statistics were compiled from various data sources mainly Labour Force Survey, Higher Education Statistics and information of Graduate Tracers Study. Graduates are defined as individuals aged 15 years and over with the highest certificate obtained from universities, colleges, polytechnics, recognised bodies or equivalent, where duration of study is at least two years. Graduates are classified into two categories namely diploma graduates and degree graduates.

Statistics on graduates’ salaries & wages are also presented in this publication to provide information on their earnings in Malaysia. The statistics are produced based on Salaries & Wages Survey which collect information of monthly salaries & wages from the full-time equivalent principal occupation of paid employees.

The remaining 1.2 per cent of graduates were employed in low-skilled category with 46.4 thousand persons. 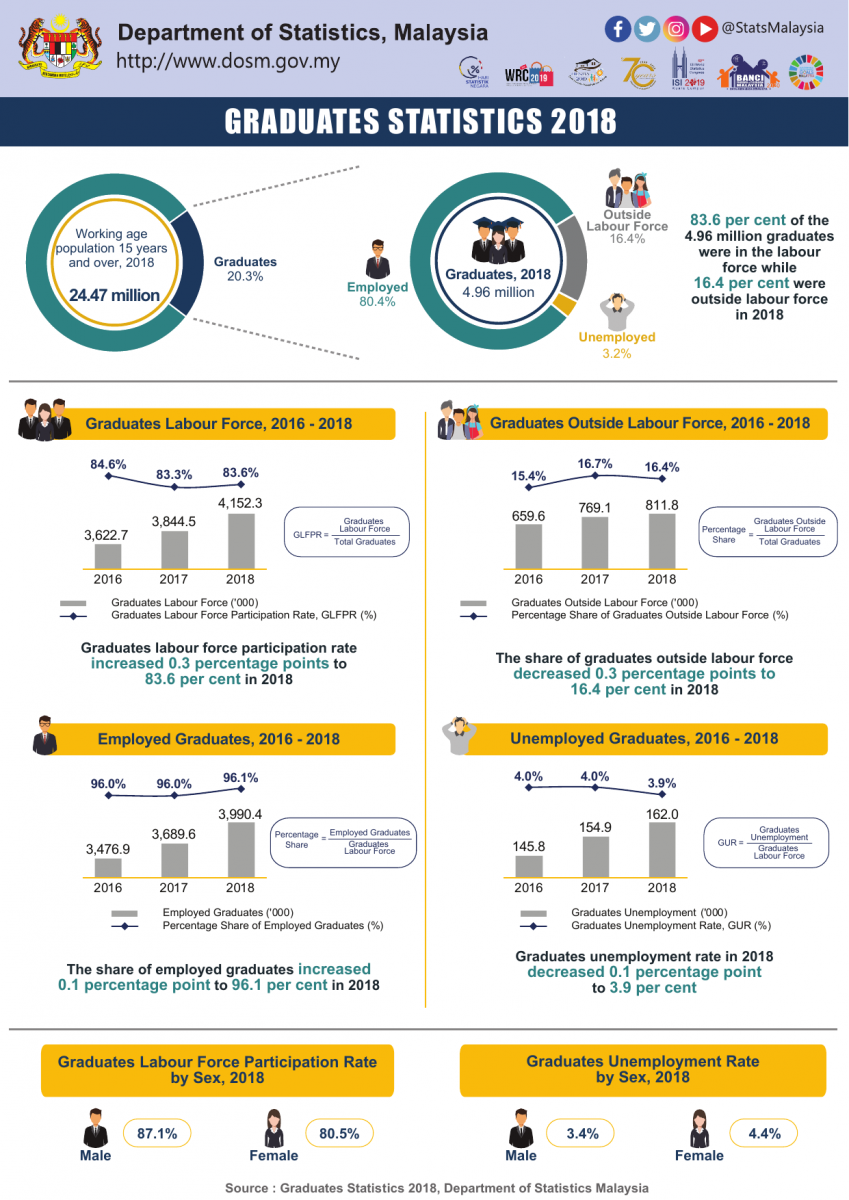 The detailed information and technical notes are published in the publication of Graduates Statistics, 2018. This publication is accessible and downloadable free of charge through the eStatistik application in DOSM web page, www.dosm.gov.my.