This report presents statistics on graduates for the period of 2016 to 2019. The statistics was based on compilation of various data sources namely Labour Force Survey, Higher Education Statistics and Graduate Tracers Study. In this report, graduates are defined as individuals aged 15 years and over with the highest certificate obtained from universities, colleges, polytechnics, recognised bodies or equivalent, in which the duration of study is at least two years. Graduates are classified into two categories of certification namely Diploma and Degree.

Additionally, graduates who were employed in semi-skilled category comprised of 25.6 per cent (1.09 million persons). Out of this category, Clerical support workers and Services and sales workers contributed 10.1 per cent and 9.5 per cent respectively. This was followed by Craft and related trades workers at 3.0 per cent (129.2 thousand persons). The remaining of 1.1 per cent were employed in low-skilled category (47.9 thousand persons). 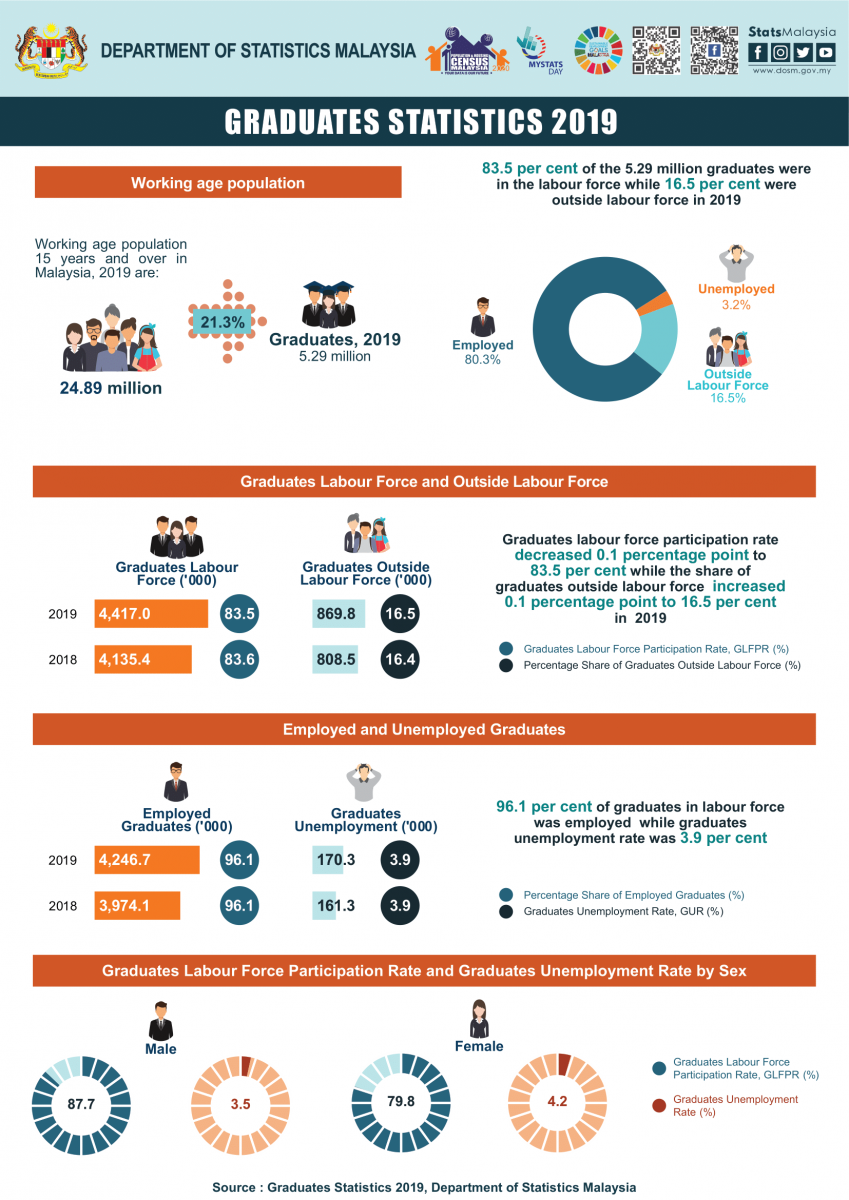 The detailed information and technical notes are published in the publication of Graduates Statistics, 2019. This publication is accessible and downloadable free of charge through the eStatistik application in DOSM web page, www.dosm.gov.my.