Crime Statistics, Malaysia, 2018 is the first publication of the Department which presents statistics on five crime areas namely Crimes Index, Drugs, Corruptions, Environments and Other crimes. 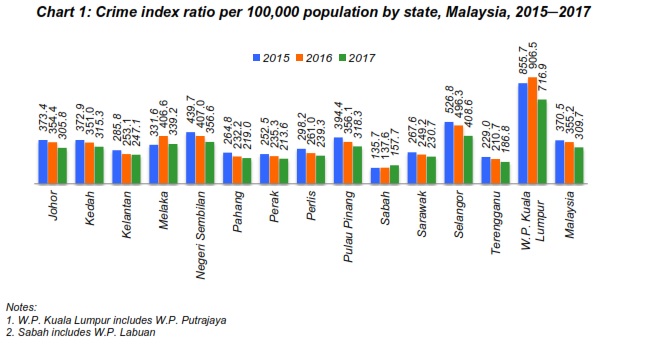 Crime Index by type of crimes 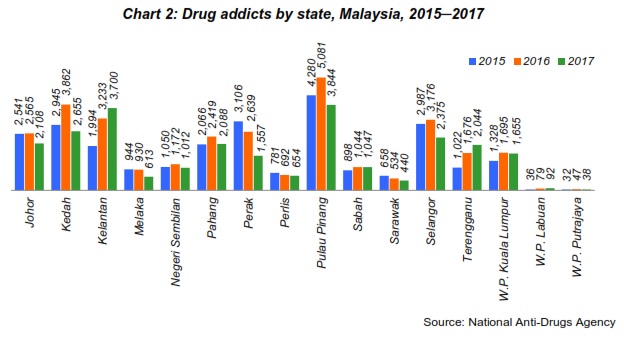 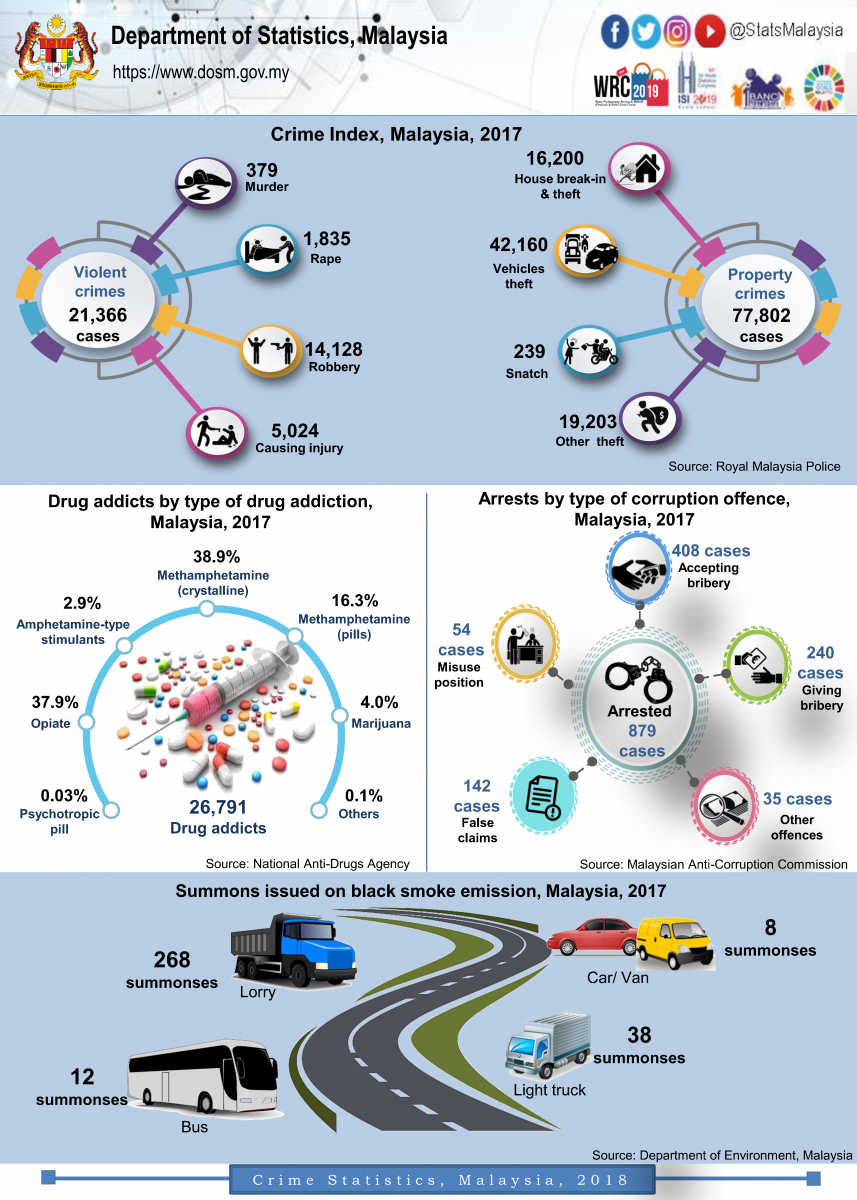 The detailed information regarding this publication can be accessed through the  eStatistik application in the website of Department of Statistics, Malaysia, www.dosm.gov.my.