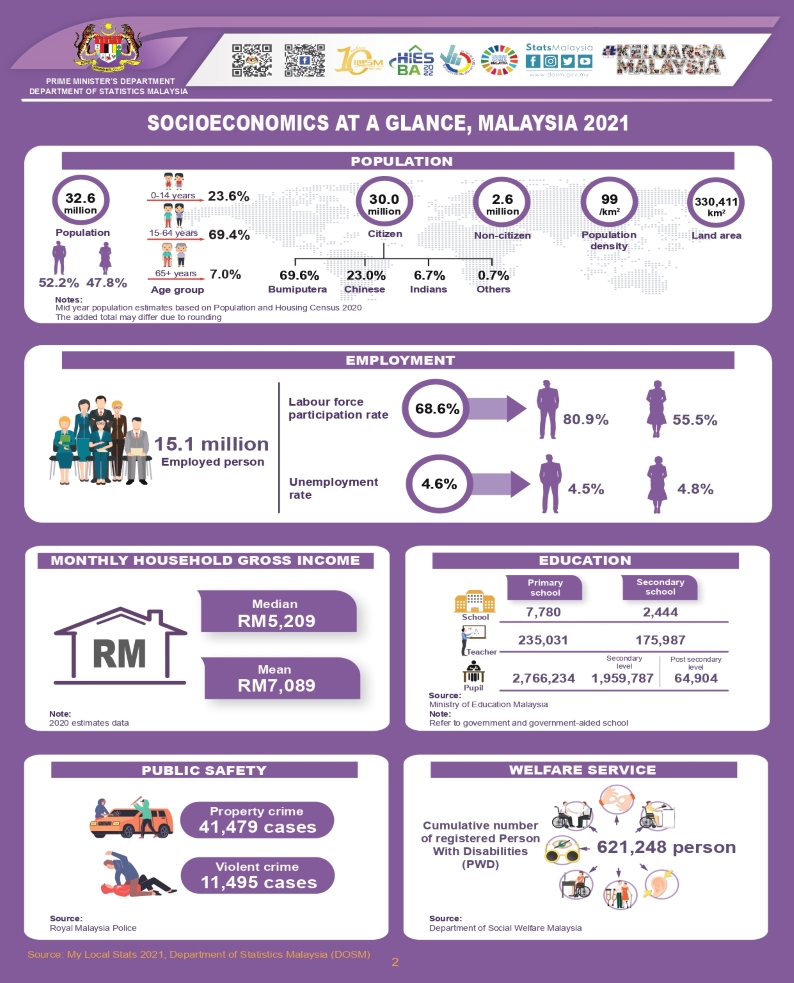 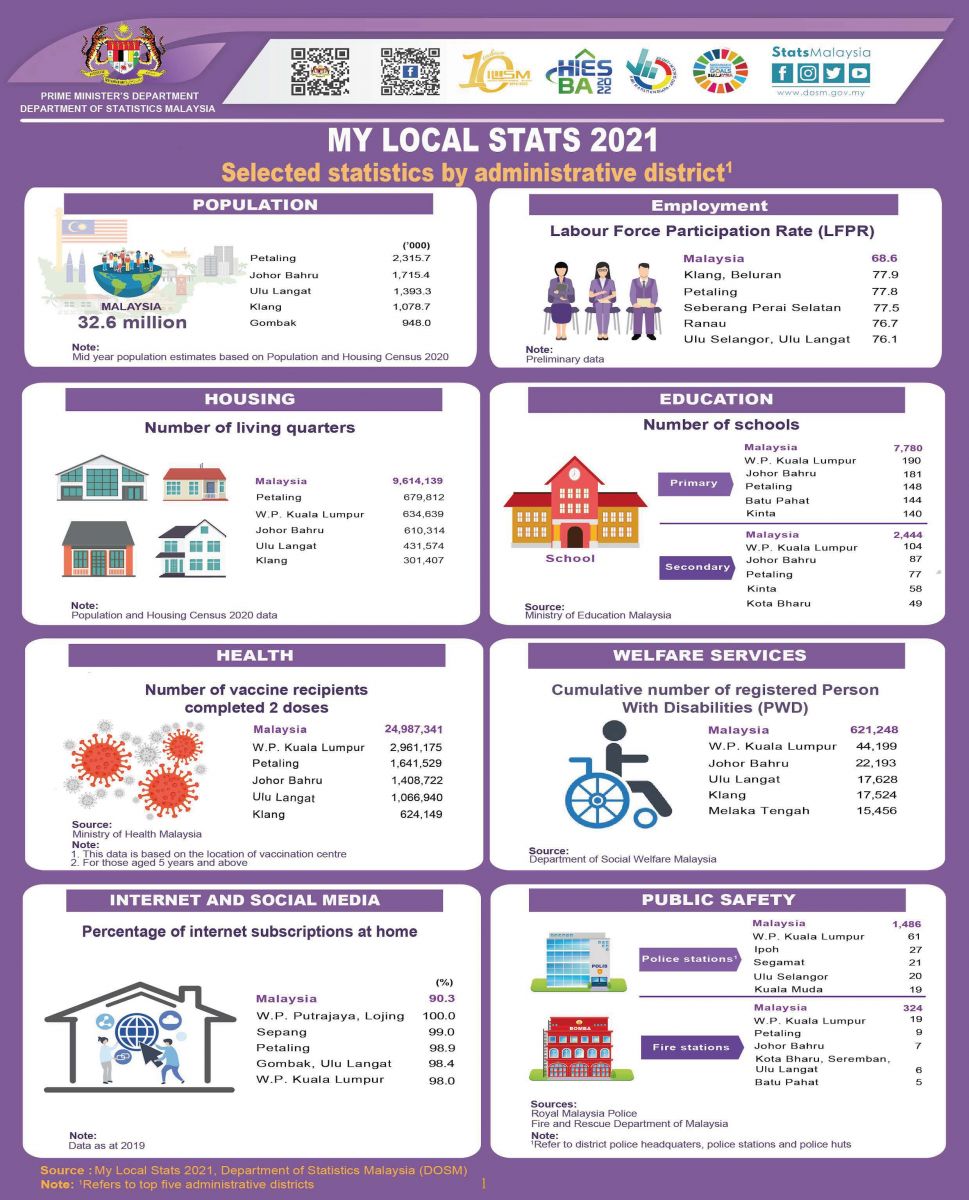 As for population, the total population in Malaysia was estimated at 32.6 million in 2021. According to mid-year population estimates based on Population and Housing Census 2020, Petaling, Selangor was the district with the highest population at 2.32 million followed by Johor Bahru, Johor (1.72 million) dan Ulu Langat, Selangor (1.39 million).

The full publication of the My Local Stats, 2021 can be downloaded through eStatistik portal.