Based on this score, Malaysia's ranking expected at the 75th out of 144 countries listed in the Global Gender Gap Index, 2016 Report by WEF. Malaysia’s ranking also expected at the 9th position among East Asia and the Pacific nations, ahead of Indonesia, China and Brunei Darussalam.

Table 2: Rankings by East Asia and the Pacific by World Economic Forum, 2016 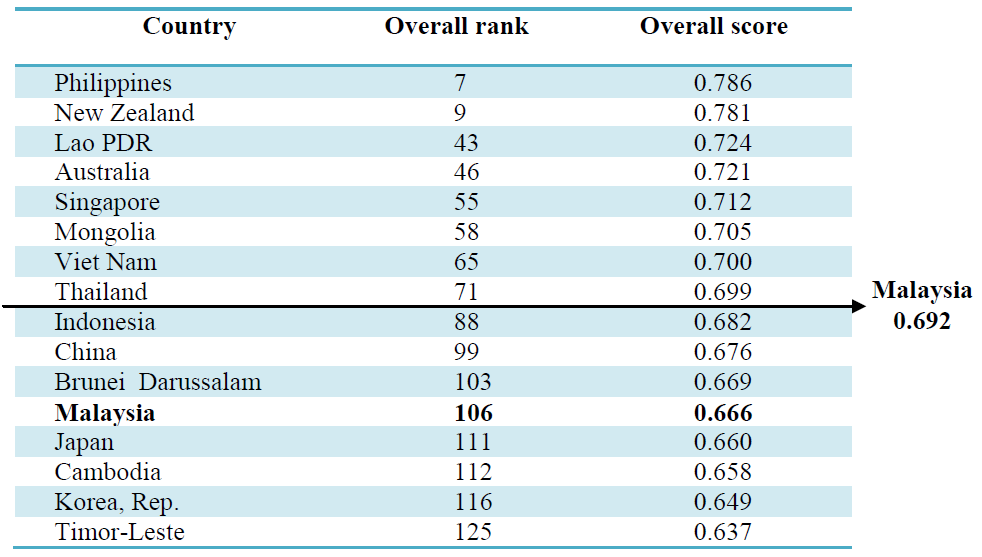 This sub-index captures the gap between women’s and men’s access to education through ratios of women to men in primary, secondary and tertiary education. A long term assessment on the country’s ability to educate women and men in equal numbers is captured through the ratio of the female literacy rate to the male literacy rate. Overall, Malaysia’s score in this sub-index was 1.092.

This sub-index provides an overview of the differences between women’s and men’s health through the use of two indicators. The first is the sex ratio at birth, which aims specifically to capture the phenomenon of “missing women”, prevalent in many countries where there are preference for a son.

The second indicator is the gap between women’s and men’s life expectancy. This measure provides the average remaining age (years) for a person is expected to live at the beginning of the certain age. Malaysia’s standing in this sub-index was 0.957. 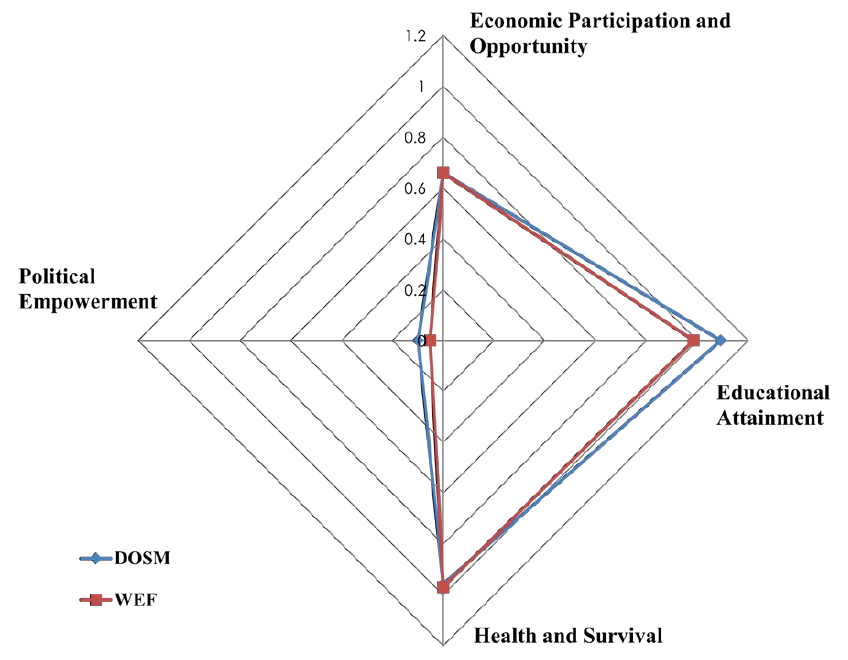 The labour force participation rate for Malaysian women in 2016 was 54.3 per cent and it was relatively low as compared to other countries. Nevertheless, the literacy rate for women in Malaysia of 96.3 per cent (2016) was higher as compared against to the ASEAN countries. Malaysia also recorded the highest percentage of births attended by trained personnel (99.5%) and at par with other developed countries. 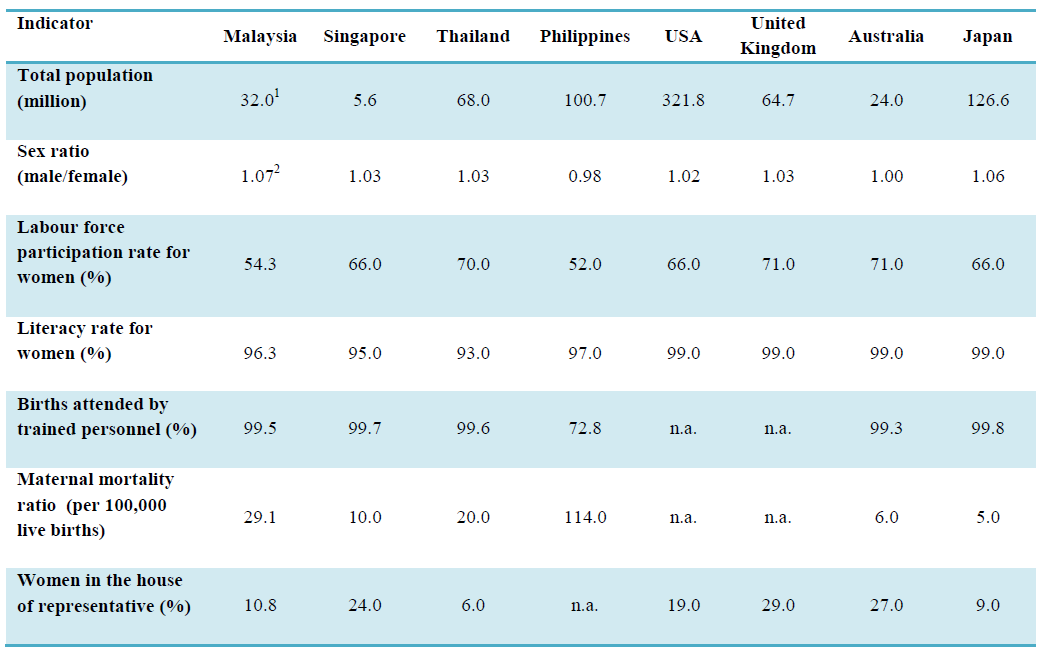