The net DIA flows shows an increasing trend since 2003 with the highest flows recorded in 2008, before dropped to RM27.4 billion in 2009 due to economic downturn. Since 2010, the price hike of crude oil has stimulated towards higher investments in Mining & quarrying sector and peaked in 2014 with DIA of RM53.6 billion. However, for the subsequent years, due to uncertainty in the global environment and subdued crude oil prices, the statistics shows DIA began to record lower investments. 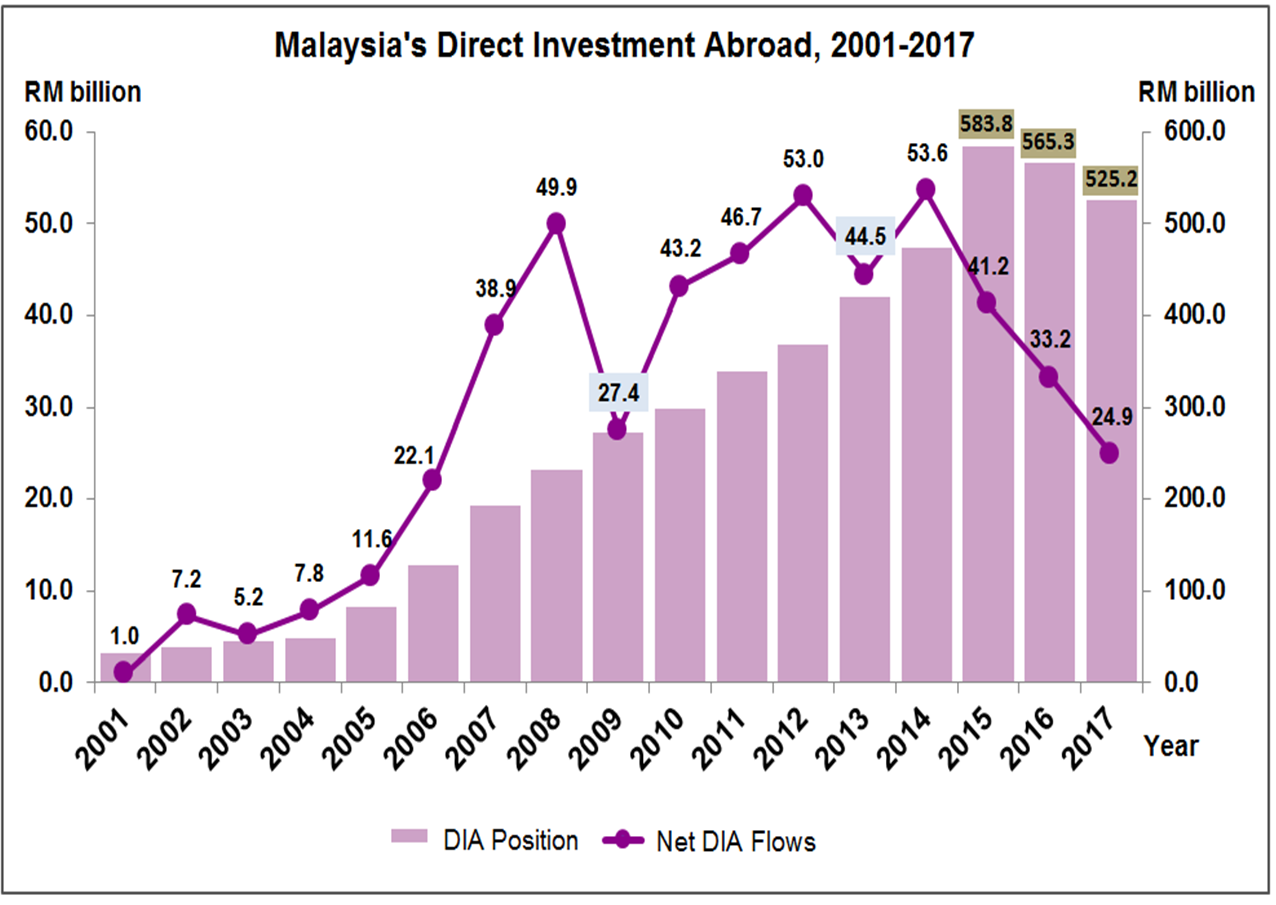 For 2017, Malaysia registered lower net DIA flows of RM24.9 billion as against RM33.2 billion in the previous year. Investment abroad in 2017 was channelled mainly in Services, Mining & quarrying and Manufacturing sectors. Investment in Services sector was primarily in Financial and insurance / takaful; and Real estate activities. In terms of region, Asia was the top destination for Malaysia's DIA flows, contributed half of the investment with RM13.7 billion, followed by Americas and Europe. For Asia region, net DIA flows were mainly to Singapore and Indonesia, while Turkmenistan replaced India as the third largest destination.

The statistics on investment is a vital indication to determine the direction of Malaysia’s economy. It assists in identifying new opportunities and enhancing market access for companies in Malaysia and abroad. 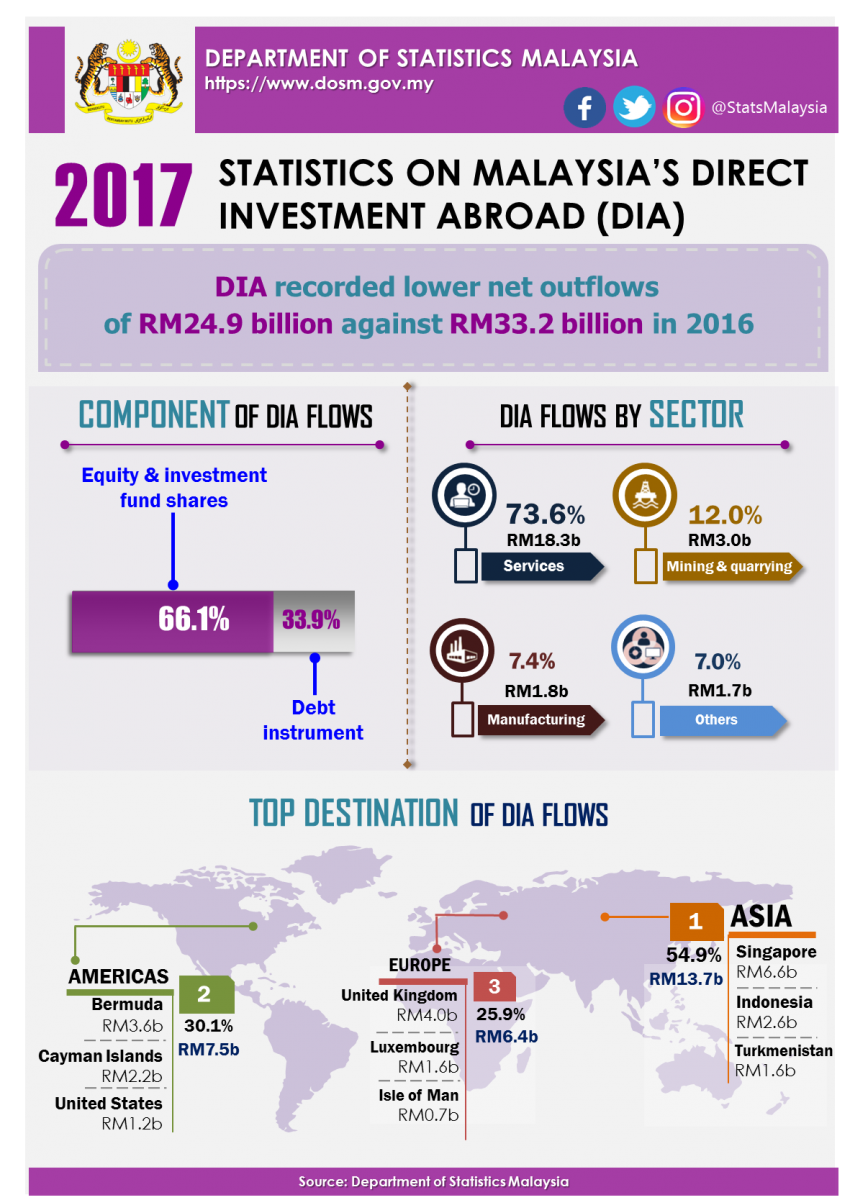