For skilled category,  the rate of filled jobs was 98.0 per cent or equivalent to 2.067 million while the rate of job vacancies was 2.0 per cent accounted for 42.9 thousand. In the meantime, 6.0 thousand jobs were created for this category.

As for the semi-skilled category, there were 5.209 million filled jobs with a rate of 98.1 per cent whereas 103 thousand jobs were vacant recording a rate of 1.9 per cent. In addition, the number of jobs created in this category were 13.4 thousand jobs.

Meanwhile, the filled jobs in the low-skilled category encompassed 96.6 per cent of low-skilled jobs or equivalent to 1.071 million filled jobs. In the meantime, job vacancies were 38 thousand recording a vacancies rate of 3.4 per cent. A total of 1.5 thousand jobs were created during this quarter.

Analysing the labour demand by economic activity, the largest composition of jobs and filled jobs was in the Services with a share of 51.7 per cent (4.413 million) and 52.5 per cent (4.386 million) respectively. Meanwhile, jobs in the Manufacturing sector comprised of 27.2 per cent (2.321 million) whereas filled jobs accounted for 2.218 million or 26.6 per cent.

In terms of jobs created, 41.9 per cent or 8.8 thousand jobs created were concentrated in the Services sector followed by the Manufacturing sector with a share of 38.3 per cent (8.0 thousand) and Construction (13.6%; 2.8 thousand). 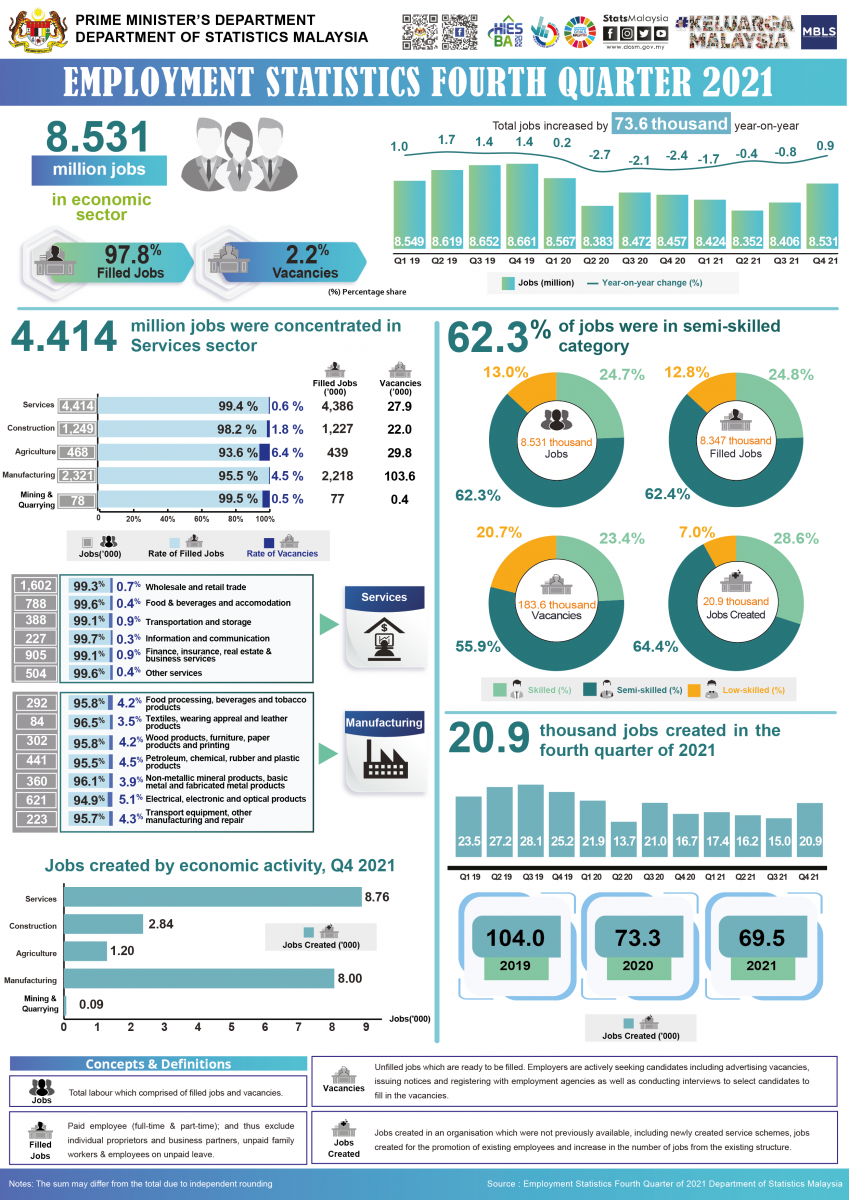 The detailed information and technical notes are published in the publication of Employment Statistics, Fourth Quarter 2021. This publication is accessible and downloadable free of charge through the eStatistik application in DOSM web page, www.dosm.gov.my.