This report presents the quarterly employment statistics from the perspective of labour demand. The statistics is based on the Quarterly Employment Survey encompassing major economic activities namely Agriculture, Mining & Quarrying, Manufacturing, Construction and Services in the formal private establishments. The principal statistics of employment presented in this report are jobs (positions), filled positions, vacancies and jobs created by economic activity and category of skill.

In Q2 2019, total positions in the private sector was 8,619 thousand, increased 145 thousand as against the same quarter of preceding year. The rate of filled positions was 97.5 per cent (8,401 thousand) while number of vacancies was 218 thousand with a rate of 2.5 per cent. In the meantime, a total of 27 thousand jobs were created in this quarter.

On the contrary, the largest share of vacancies was posted by Manufacturing sector at 55.6 per cent, followed by Services (20.1%). Agriculture sector ranked third with a share of 13.9 per cent followed by Construction and Mining & Quarrying sectors which recorded a contribution of 10.2 per cent and 0.2 per cent respectively.

During this quarter, 50.4 per cent of jobs created were in Services sector followed by Construction sector with 20.8 per cent and Manufacturing sector with 19.6 per cent. 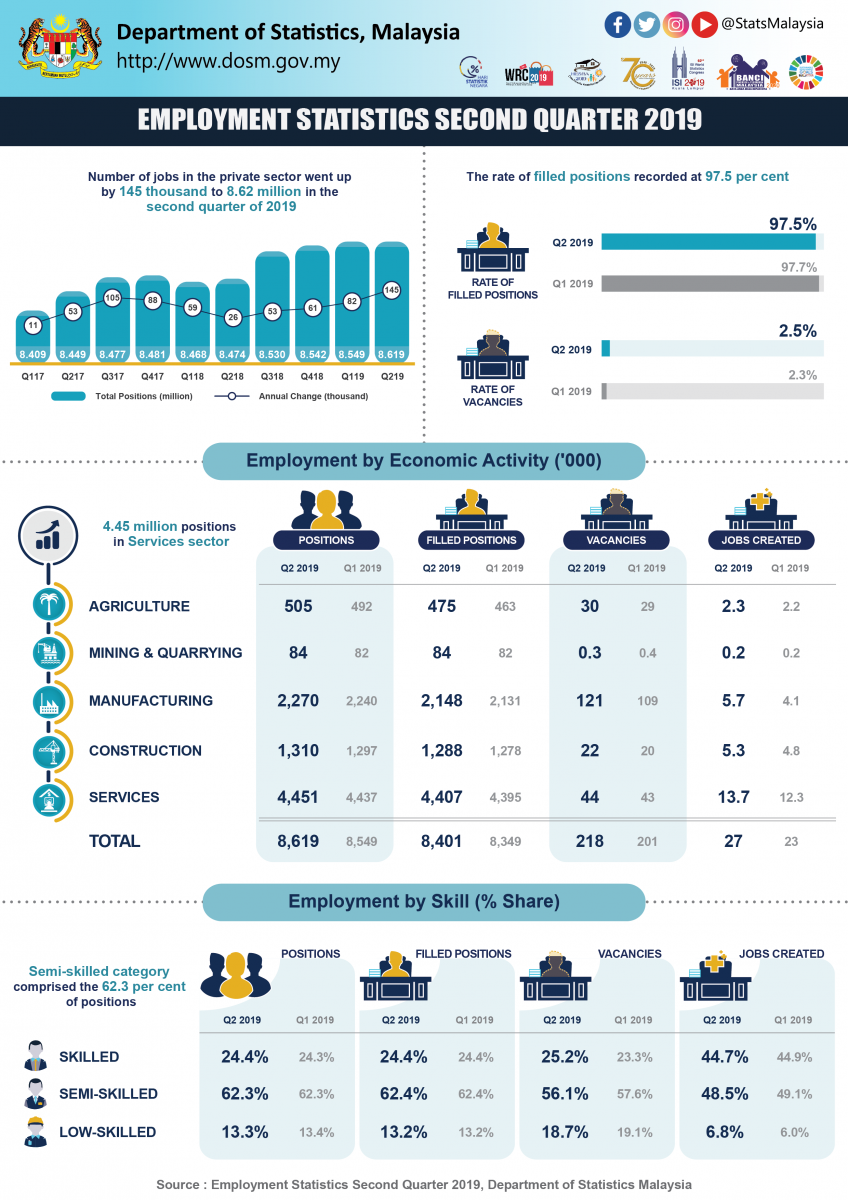 The detailed information and technical notes are published in the publication of Employment Statistics, Second Quarter 2019. This publication is accessible and downloadable free of charge through the eStatistik application in DOSM web page, www.dosm.gov.my.