While for the vacancies, the largest share was concentrated in Manufacturing sector with 55.6 per cent, followed by Agriculture (16.8%) and Services (15.4%). Construction and Mining & Quarrying sector accounted 12.0 per cent and 0.3 per cent of vacancies respectively

In the meantime, jobs created was largely in Manufacturing sector with a percentage share of 40.5 per cent. Services sector ranked second with just 2.2 percentage points difference at 38.4 per cent, followed by Construction (16.3%), Agriculture (4.4%) and Mining & Quarrying (0.5%). 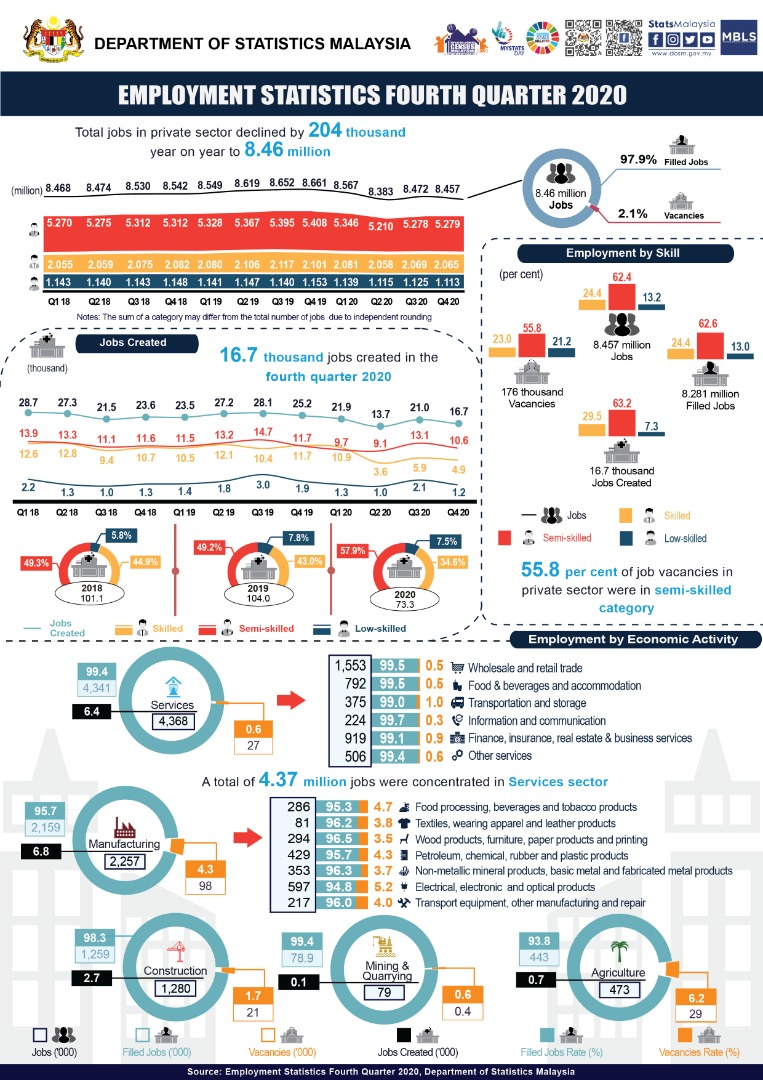 The detailed information and technical notes are published in the publication of Employment Statistics, Fourth Quarter 2020. This publication is accessible and downloadable free of charge through the eStatistik application in DOSM web page, www.dosm.gov.my.