A total of 47,556 establishments conducted e-Commerce transactions were recorded in 2015 constituted of 5.2 per cent from overall establishments of 920,624 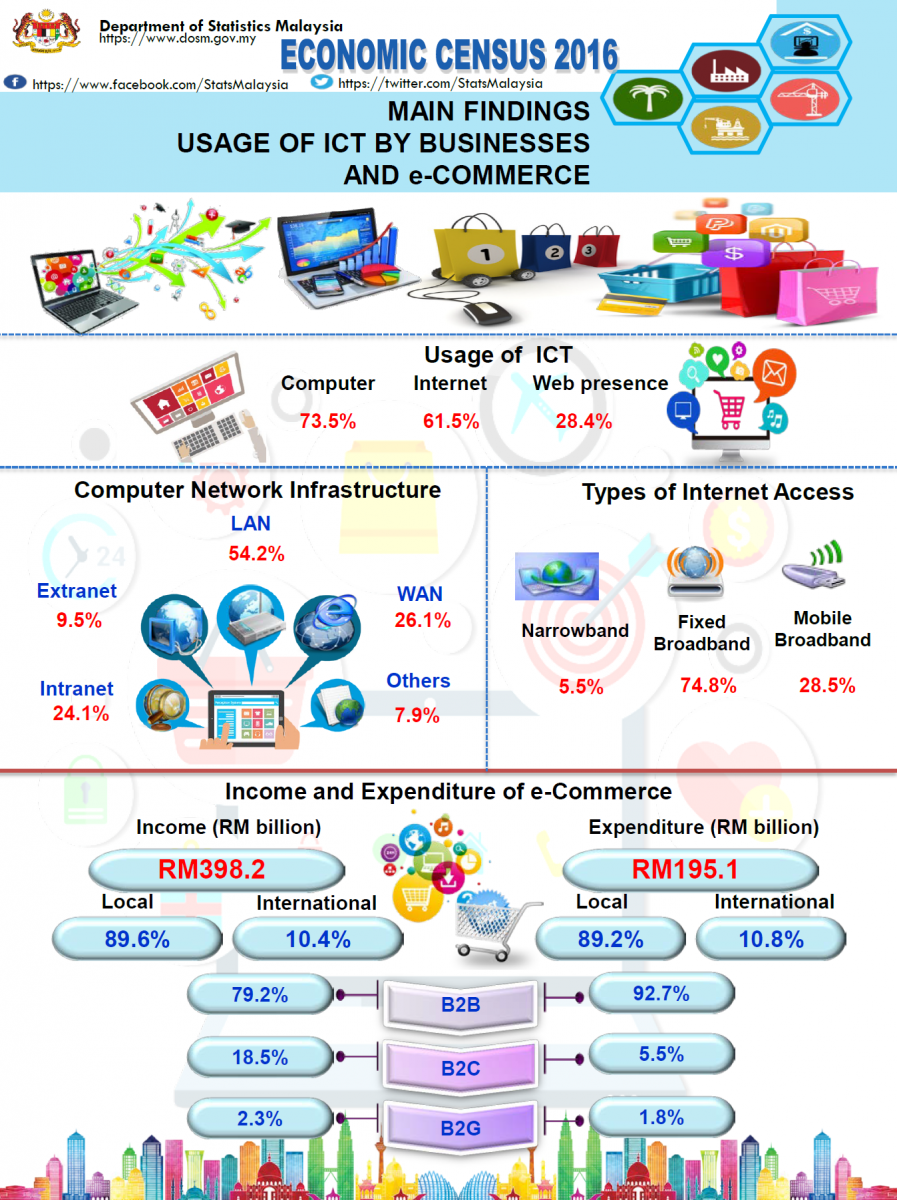 This  publication  presents  statistics  on  the  usage  of  Information  &  Communication  Technology  (ICT)  by  businesses  and  e-Commerce that was compiled based on Economic Census undertaken in 2016 for reference year 2015. It comprises five main sectors which are Agriculture, Mining & quarrying, Manufacturing, Construction and Services.

USAGE OF ICT BY BUSINESSES

The highest e-Commerce income by type of customers was obtained through Business to Business (B2B) which was RM315.2 billion with share of 79.2 per cent. This was followed by Business to Consumer (B2C) amounting RM73.8 billion (18.5%) and Business to Government (B2G) of RM9.2 billion (2.3%).