Oil palm was a major contributor to the GDP of agriculture sector at 37.7% in 2019

Value added of agriculture sector recorded an annual growth rate of 5.9 per cent compared to 2010

Agriculture sector provides job opportunities to 444,531 people, recorded an annual growth of 2.6 per cent within five years with salaries & wages paid amounting RM7,904.3 million. This sector recorded the highest increase in the average monthly salaries of 7.3 per cent to RM1,504 in 2015.

In 2015, number of establishments involved in the fisheries sub-sector was 1,229 establishments. Gross output value was RM2,226.0 million or 3.0 per cent from total gross output of the agriculture sector with value added of RM747.6 million. This sub-sector also provides job opportunities to 15,690 people with salaries & wages paid amounting RM315.0 million.

The women-owned establishment recorded in 2015 was 132 establishments with an annual growth of 18.7 per cent compared to 2010. Gross output contribution was RM231.5 million or 10.4 per cent from total gross output of the fisheries sub-sector.

Fishing on a commercial basis in ocean and coastal waters industry was a major industry in the fisheries sub sector with involvement of 341 establishments. Contribution of gross output in 2015 was RM680.1 million, an increase of 15.2 per cent per year from RM335.2 million in 2010. Meanwhile, value added of this industry was RM257.8 million. 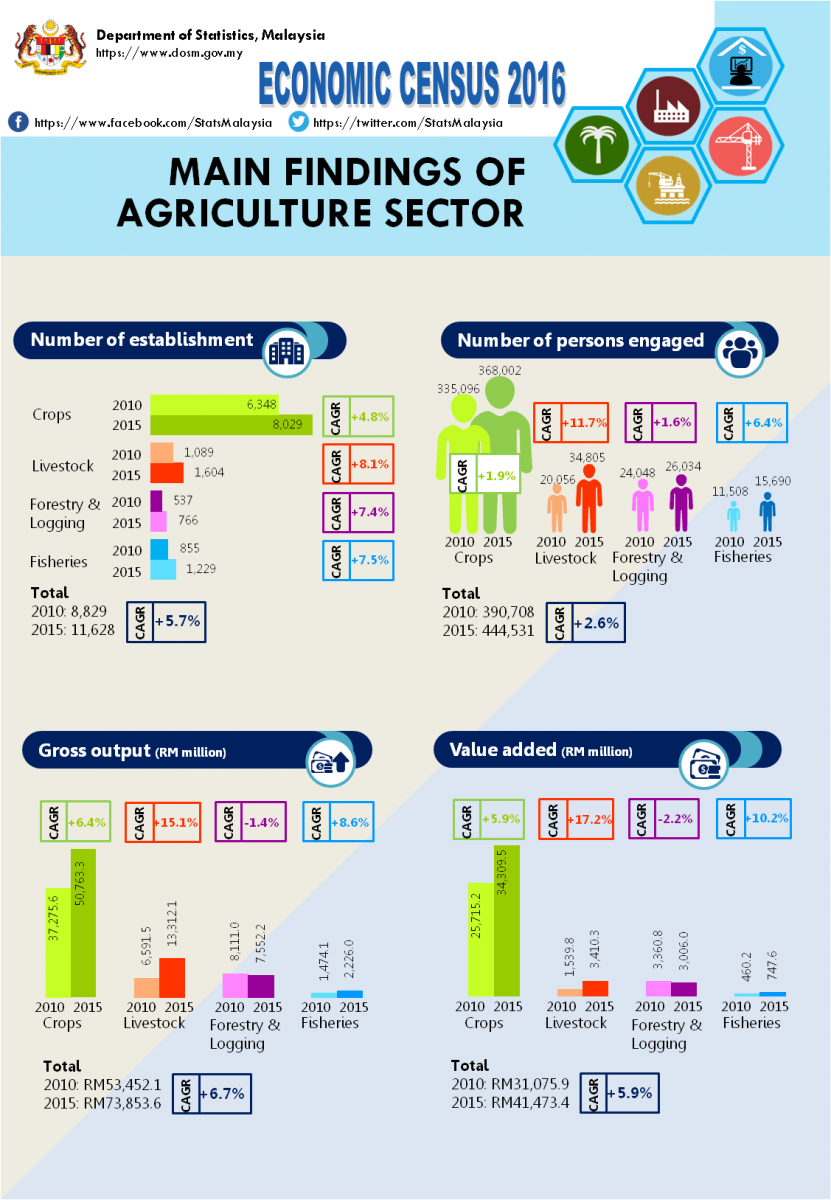 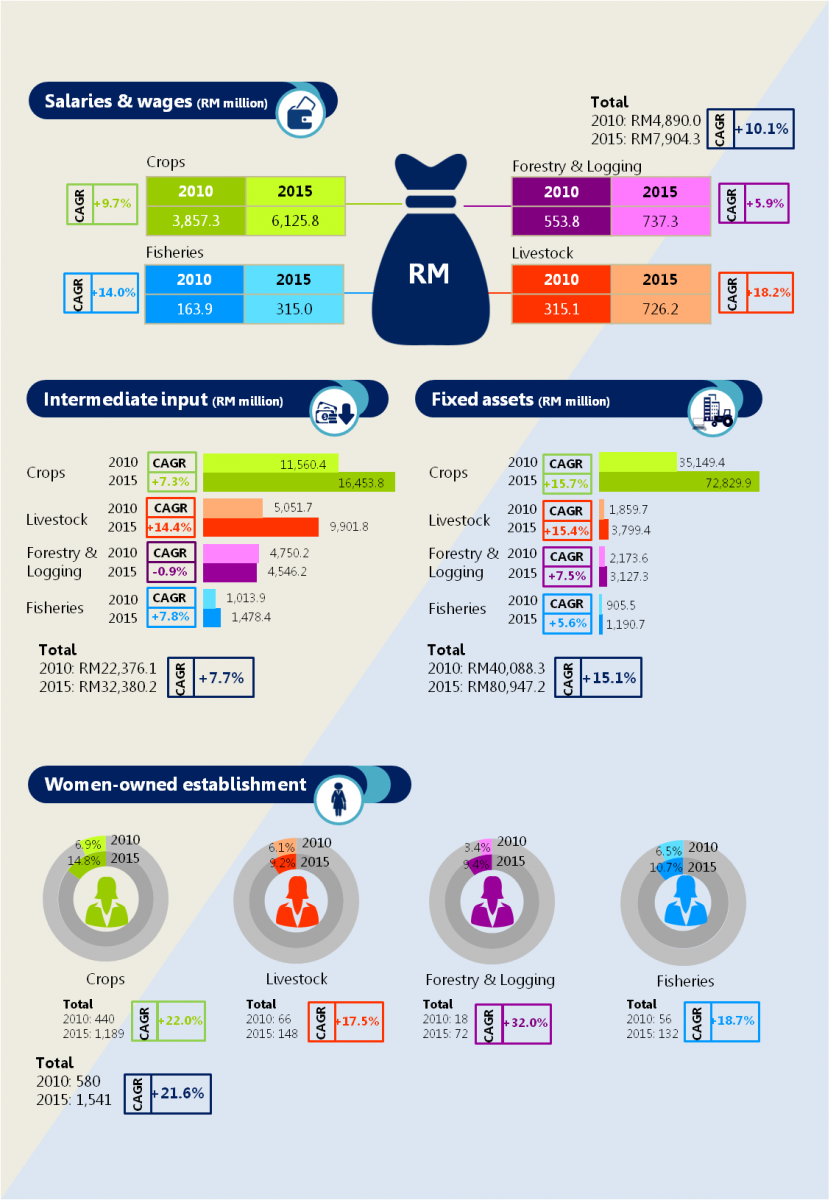 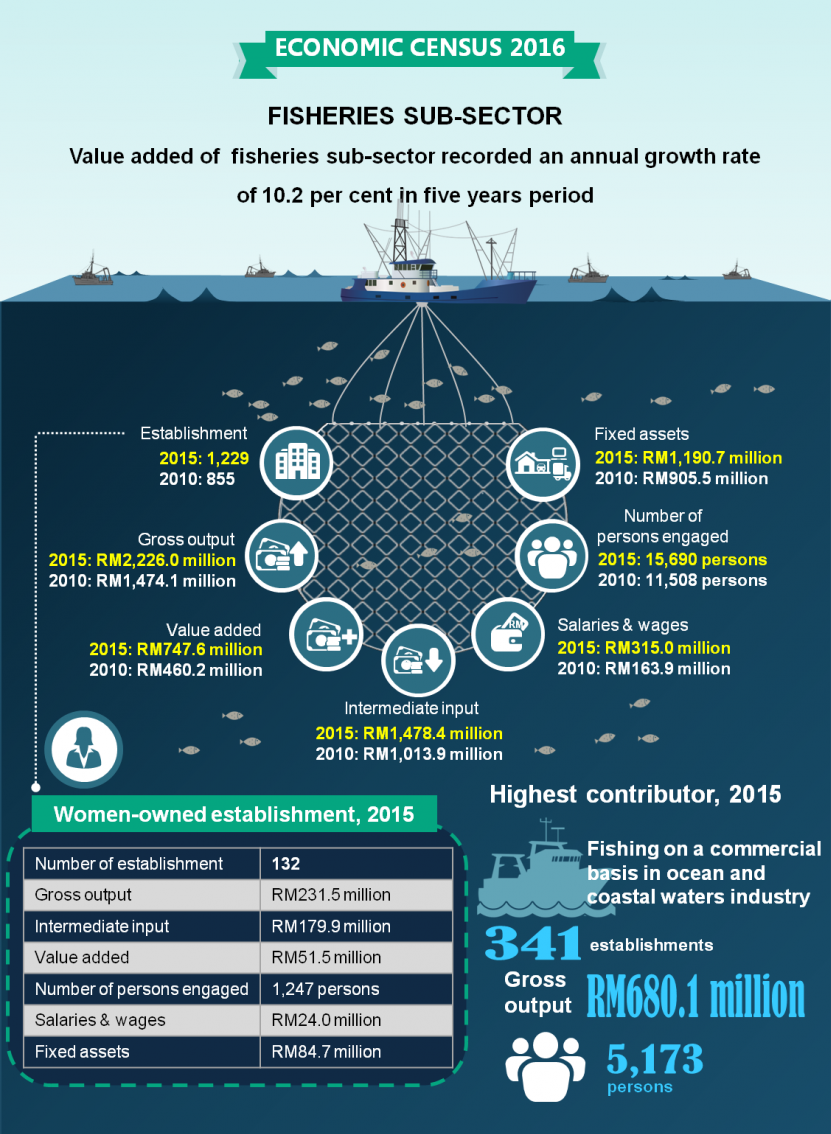