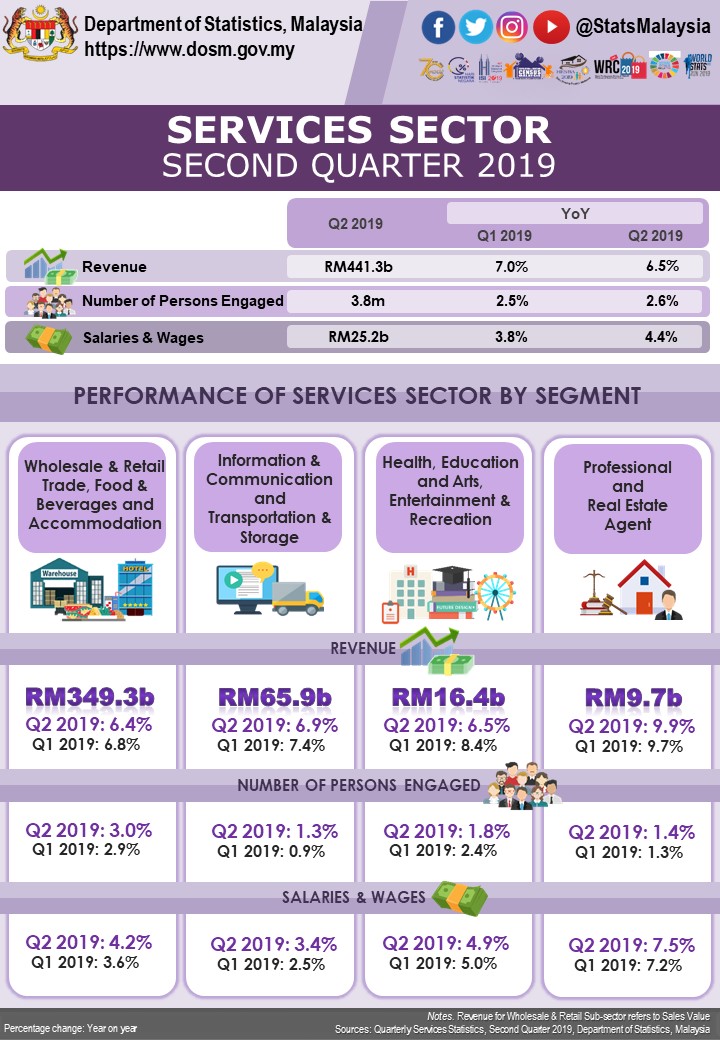 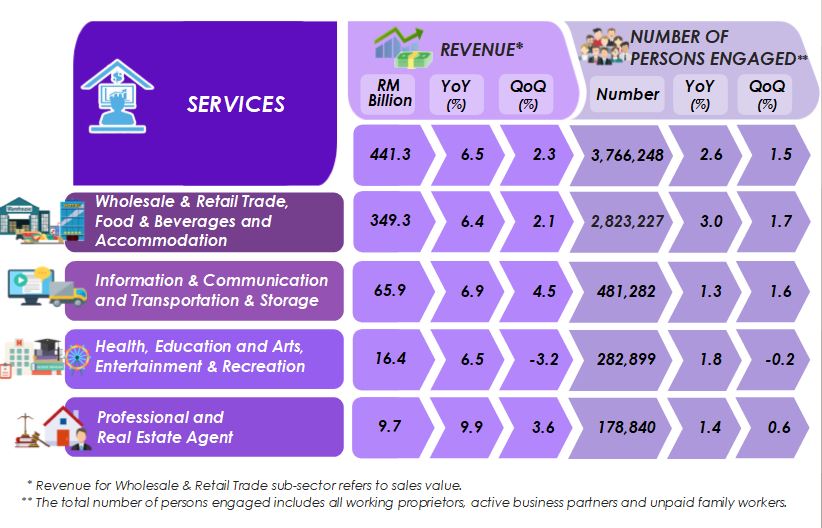 Total revenue of Services sector in second quarter 2019 recorded RM441.3 billion, increased 6.5 per cent as compared to the same quarter 2018. The highest contribution was registered by Wholesale & Retail Trade, Food & Beverages and Accommodation segment (+RM20.9 billion; +6.4%). Meanwhile, the total revenue on a quarterly basis also increased by RM10.0 billion or 2.3 per cent.

In second quarter 2019, salaries & wages paid was RM25.2 billion, an increase of 4.4 per cent as against to the previous year, quarter on quarter was expanded 2.2 per cent.

Revenue for Health, Education and Arts, Entertainment & Recreation segment went up 6.5 per cent to RM16.4 billion as compared to RM15.4 billion in second quarter 2018. The growth was driven by Education (+8.3%) and followed by Health (+6.4%). On a quarterly basis, the total revenue for this segment registered a decrease of 3.2 per cent.

Data for secondis provisional. The data will be updated and published in the next quarter based on the latest figure.