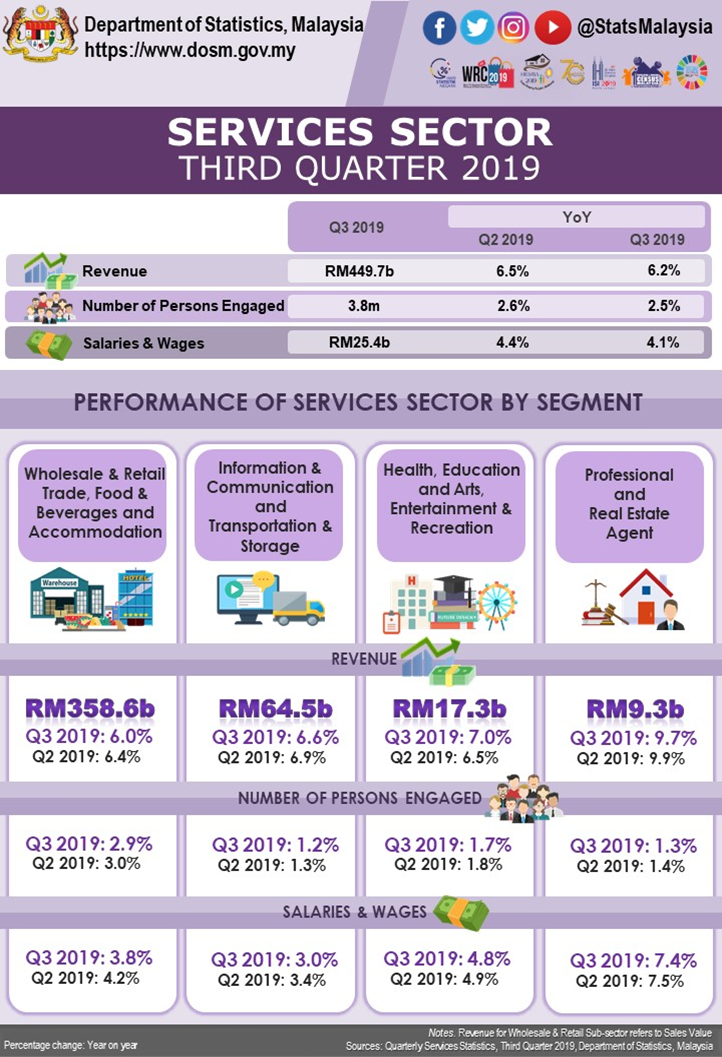 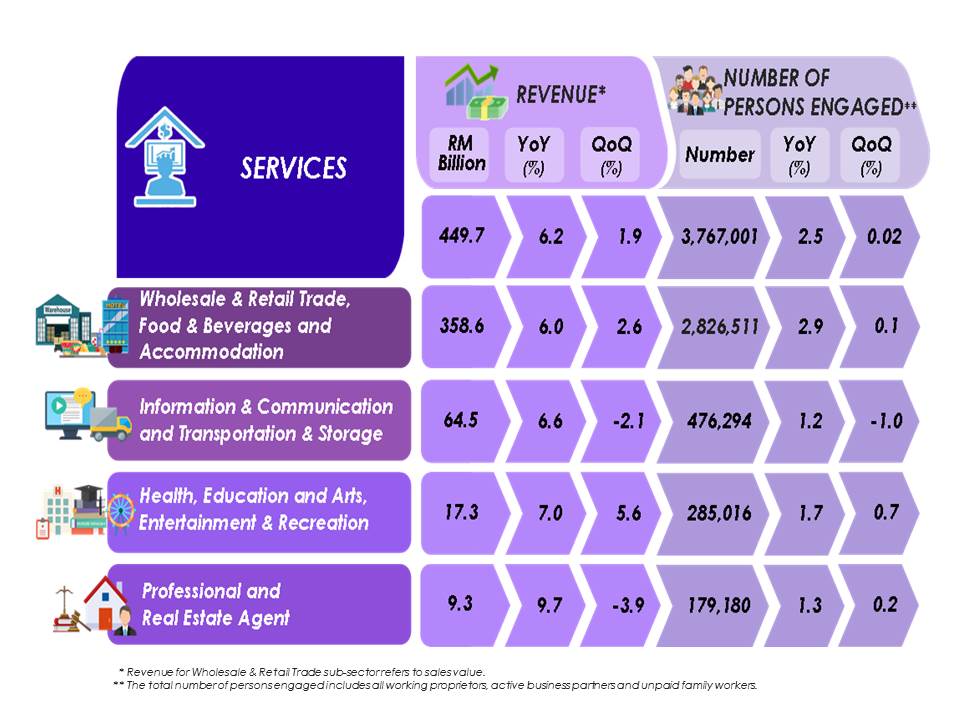 Total revenue of Services sector in third quarter 2019 recorded RM449.7 billion, increased 6.2 per cent as compared to the same quarter 2018. The highest contribution was registered by Wholesale & Retail Trade, Food & Beverages and Accommodation segment (+RM20.3 billion; +6.0%). Meanwhile,  the  total  revenue  on  a  quarterly  basis  also  increased  by  RM8.4  billion  or  1.9  per  cent.

In third quarter 2019, salaries & wages paid was RM25.4 billion, an increase of 4.1 per cent as against to the previous year, while quarter on quarter expanded 0.8 per cent.

A total of RM17.3 billion revenue was generated for Health, Education and Arts, Entertainment & Recreation segment in third quarter 2019 with year on year percentage change of 7.0 percent. The growth was underpinned by Education (+8.2%), Health (+6.7%) and Arts, Entertainment & Recreation (+6.3%). This segment registered an increase of revenue 5.6 per cent on a quarterly basis.

Total revenue for Professional and Real Estate Agent segment increased 9.7 per cent as against the same quarter of previous year. This rise was propelled by Professional sub-sector  (+RM0.8 bilion; +9.9%). For quarterly comparison, this segment recorded a decline of 3.9 percent.

Data for thirdis provisional. The data will be updated and published in the next quarter based on the latest figure.