This publication presents selected children statistics as the basis to measure the quality of life and well-being of children at the national and state levels. The compilation of statistics in this publication consists of four main fields, namely population, health, education and child protection from administrative data which involved sources of data from various government agencies. Selected children statistics in population and education presented as follows:

Children by age group and sex

Meanwhile, the composition of children under-5 years is 8.0 per cent (2.6 million) of the total population in Malaysia. The number of male and female children is 1.34 million and 1.26 million persons respectively.

W.P. Putrajaya recorded the highest percentage of children under 18 years which is 42.9 per cent of the total population in the state (90.4 thousand). This is followed by Kelantan (36.2%) and Terengganu (36.1%). Meanwhile, Pulau Pinang recorded the smallest percentage of 23.7 per cent. In terms of number, children under 18 years are the highest in Selangor with 1.8 million, followed by Sabah (1.2 million) and Johor (1.1 million). 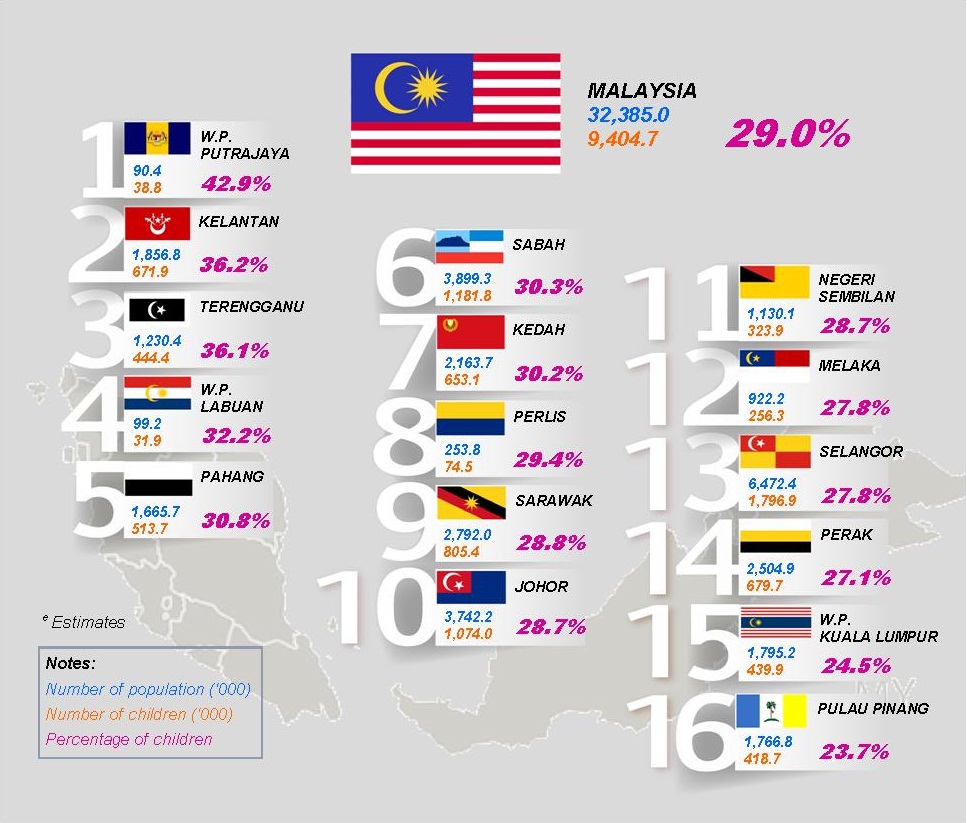 Chart 1: Pupils in government and government-aided school by level of education, Malaysia, 2016 dan 2017

The enrolment in private kindergarten, private primary school and private secondary school increased in 2017 which recorded 364.0, 38.5 and 113.8 thousand respectively. 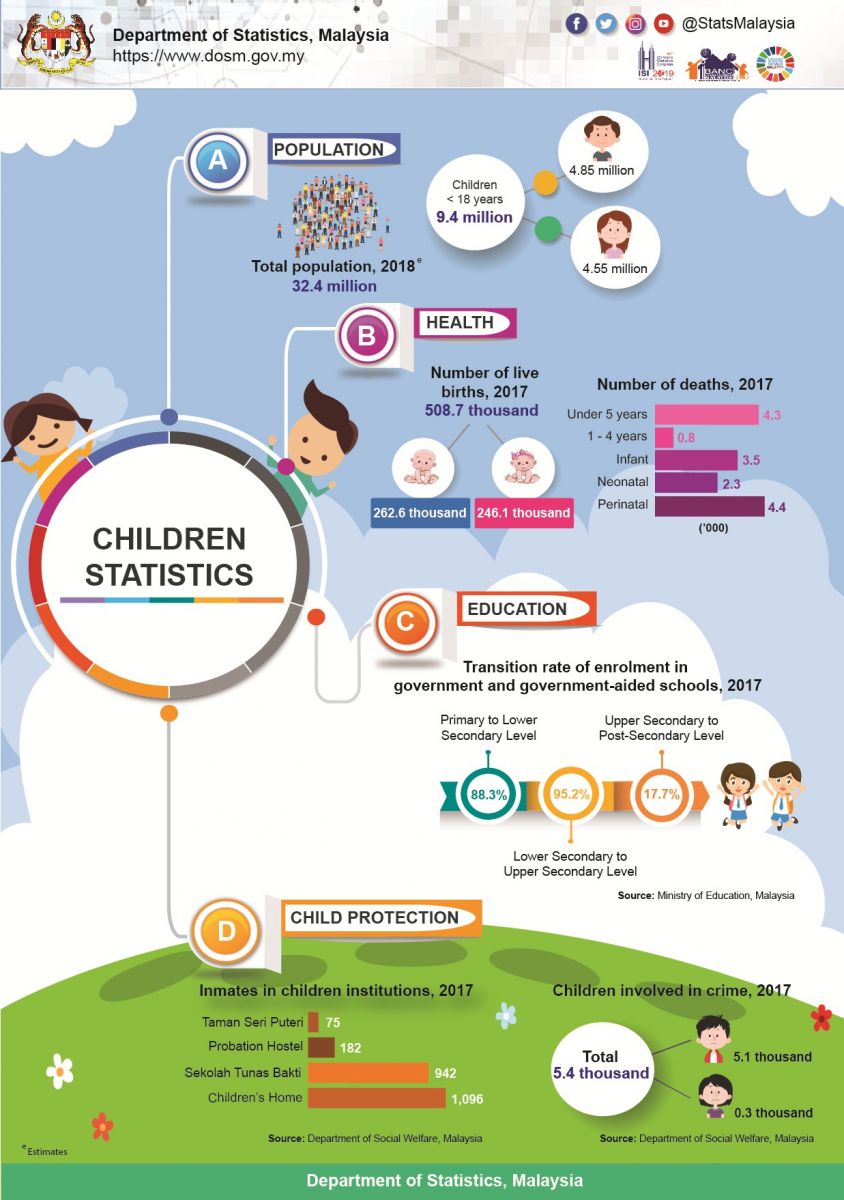 The detailed information regarding this publication can be accessed through the eStatistik application in the website of Department of Statistics, Malaysia, www.dosm.gov.my.