The household consumption expenditure statistics is obtained based on the findings from Household Expenditure Survey (HES) conducted in 2014. The surveys has been carried out using personal interview approach in 12 months period in 2014 covered urban and rural area for all states. The survey is carried out by probability sampling that represents all households in Malaysia.

The mean monthly household consumption expenditure for Malaysia increased from RM2,190 in 2009 to RM3,578 in 2014 which was 9.8 per cent per annum at the nominal value.  While at a real value, the annual growth rate is 7.5 per cent for the same period. 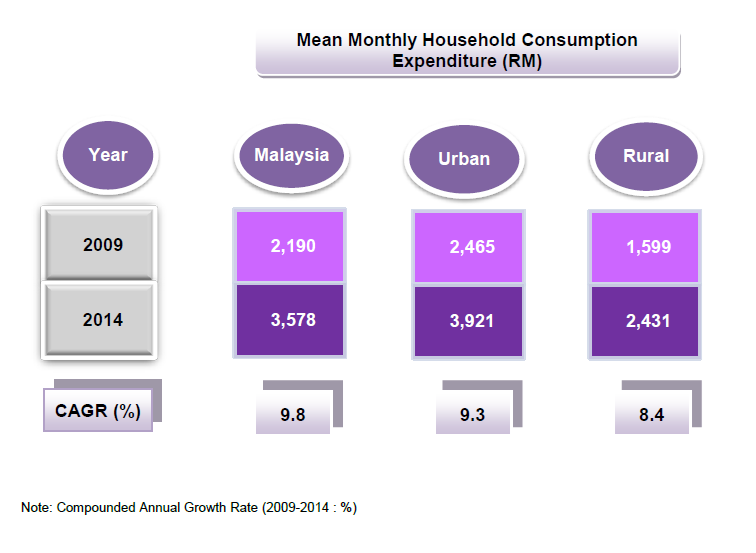 Compared to 2009, all states recorded an increase in the mean monthly household consumption expenditure. During the period, six states exceeded the national growth rate of 9.8 per cent. W.P. Putrajaya and Johor recorded the highest growth rate which was 12.7 per cent, followed by W.P. Kuala Lumpur (12.1%), Selangor (11.1%), Terengganu (10.0%) and Negeri Sembilan (10.0%). 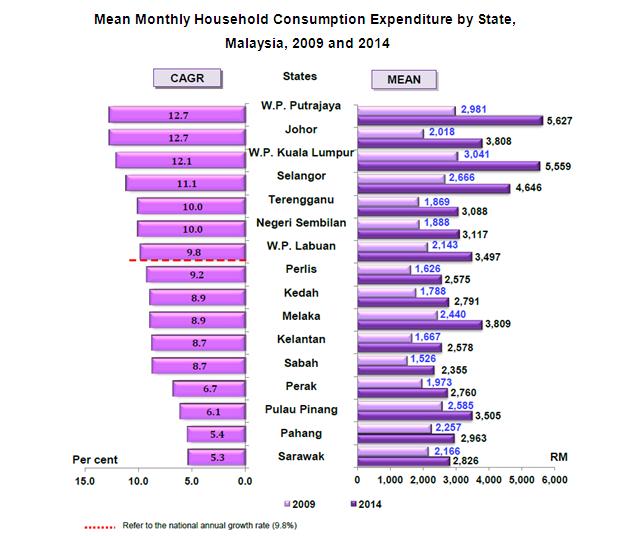 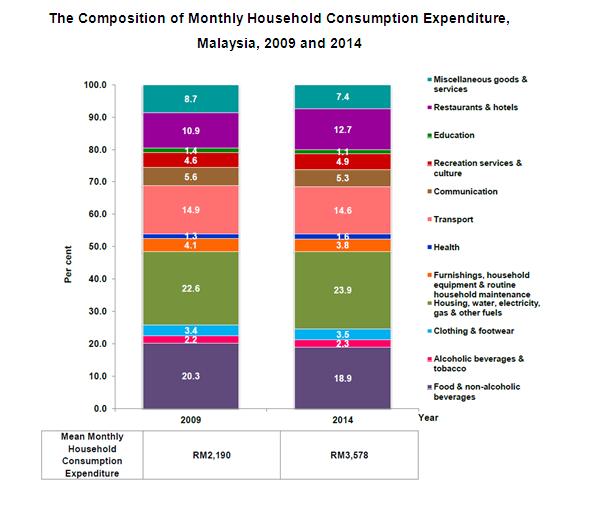