ICT CONTRIBUTED 17.0 PER CENT TO THE ECONOMY 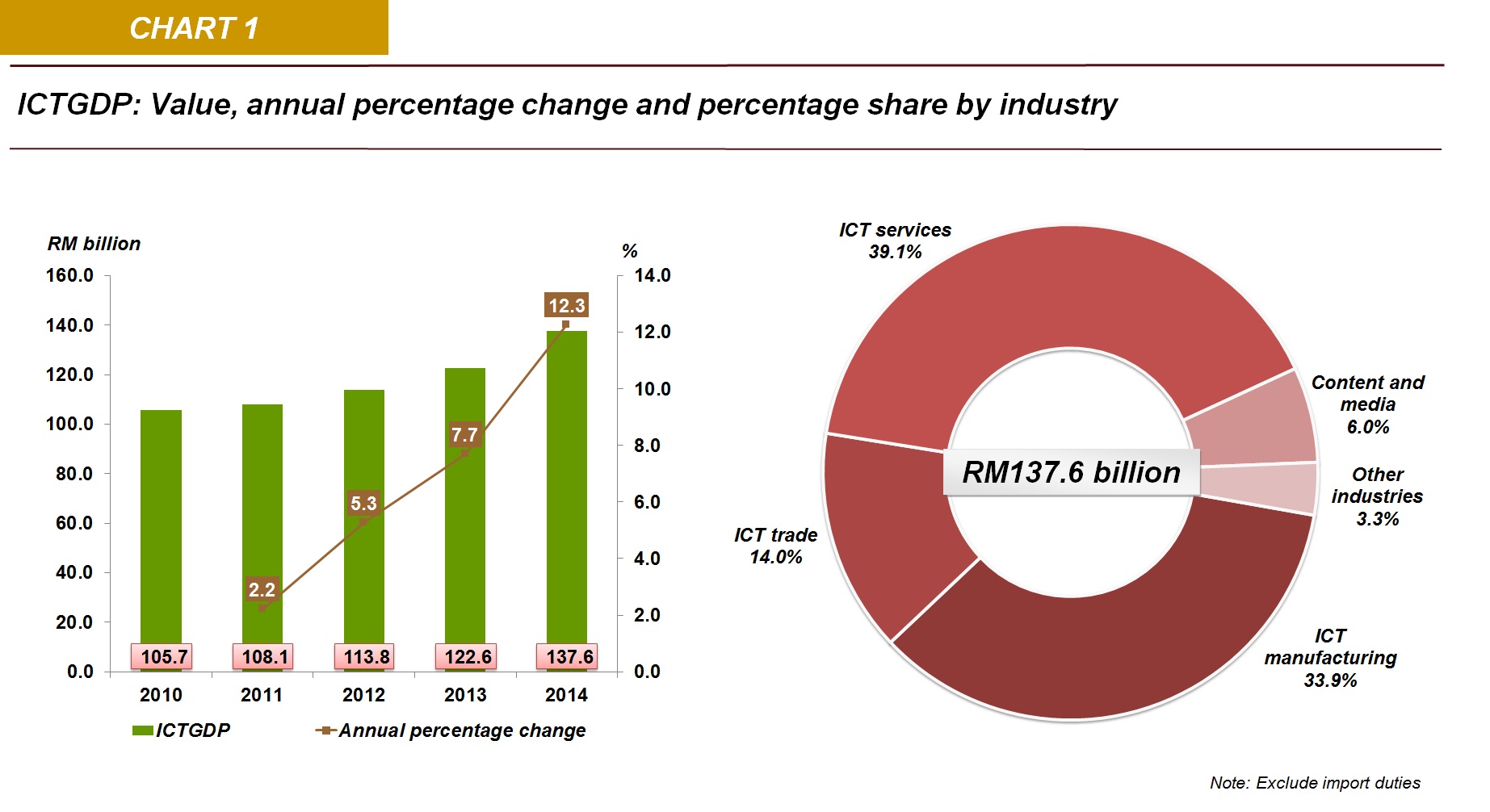 Income of ICT industry expanded to RM137.6 billion in 2014 (2013: RM122.6 billion). The compensation of employees in ICT industry recorded a value of RM50.1 billion with a share of 36.4 per cent to total income of ICT (Chart 2). In terms of growth, the compensation of employees accelerated to 13.9 per cent supported by ICT manufacturing and ICT services. 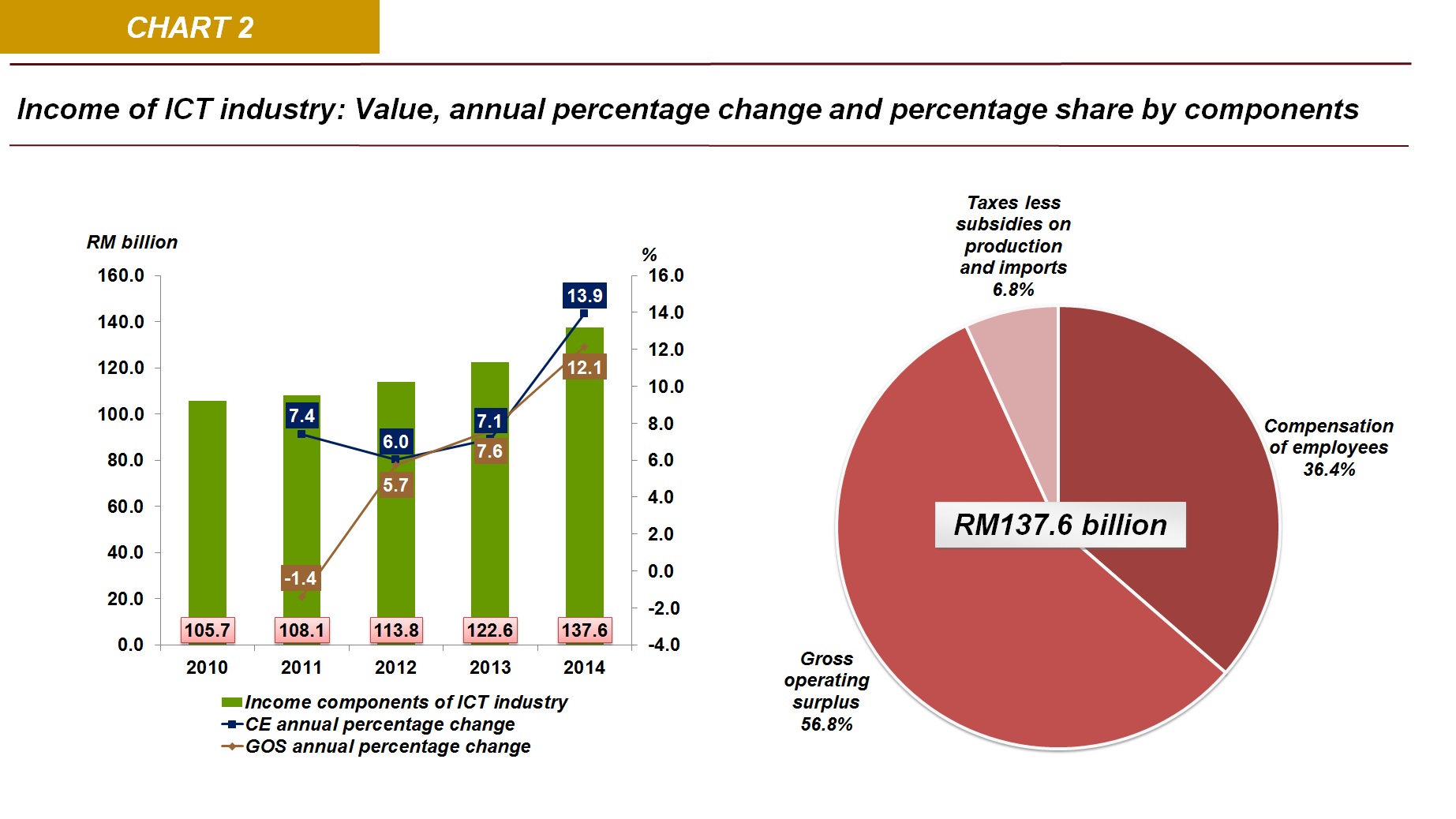 Gross operating surplus of ICT industry increased to RM78.1 billion and recorded a growth of 12.1 per cent underpinned by ICT services. Taxes less subsidies on production and imports increased slightly at RM9.4 billion from RM8.9 billion in 2013.


EMPLOYMENT IN THE ICT INDUSTRY CONTRIBUTED 7.7 PER CENT TO THE TOTAL EMPLOYMENT 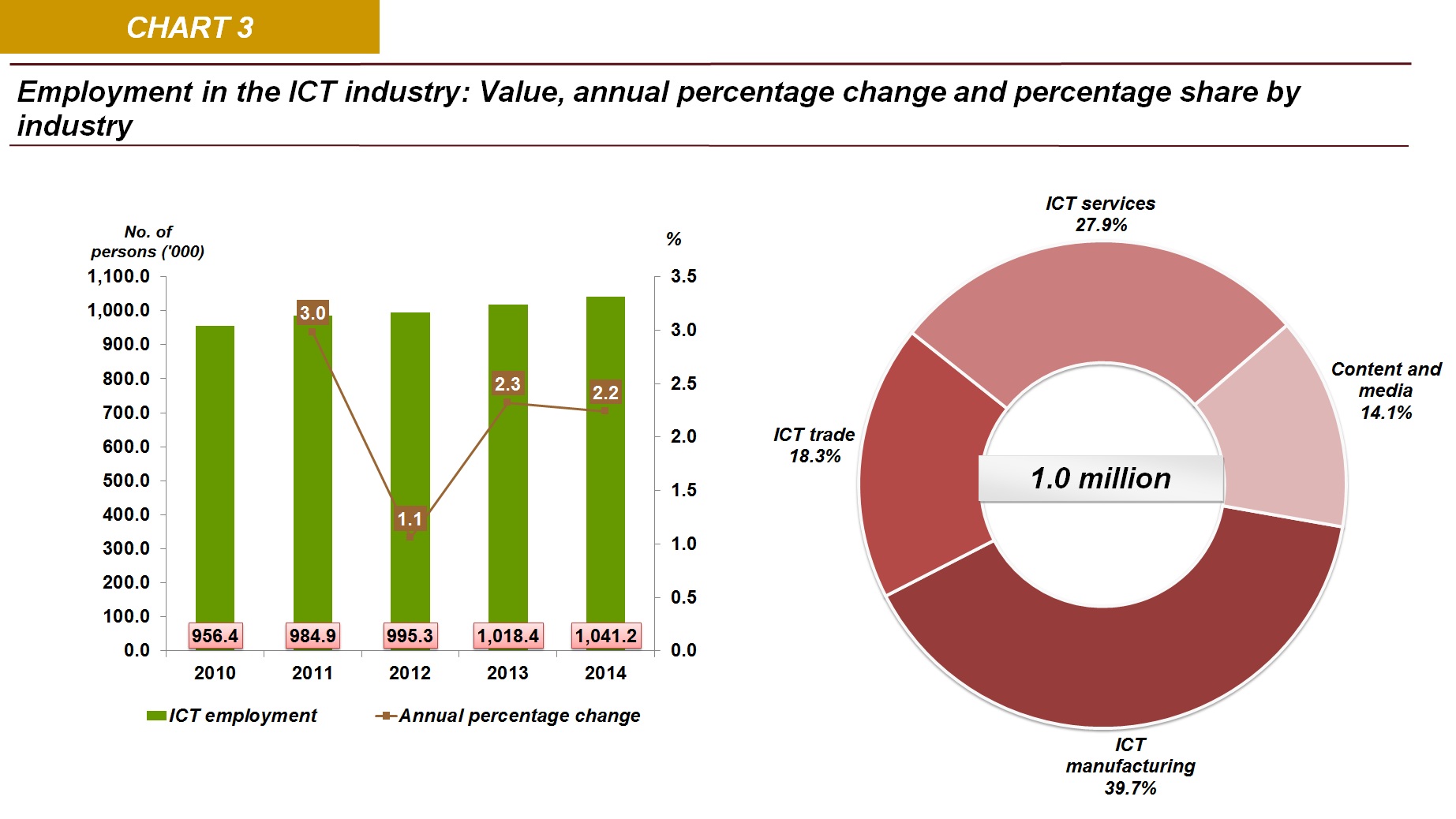 The total value added of e-Commerce in 2014 elevated to RM63.8 billion, an increase of RM8.6 billion from the previous year as shown in Chart 4. In terms of growth, the e-Commerce registered 15.7 per cent as against 10.8 per cent in 2013. The main contributor of e-Commerce was non ICT industry with a share of 79.5 per cent. 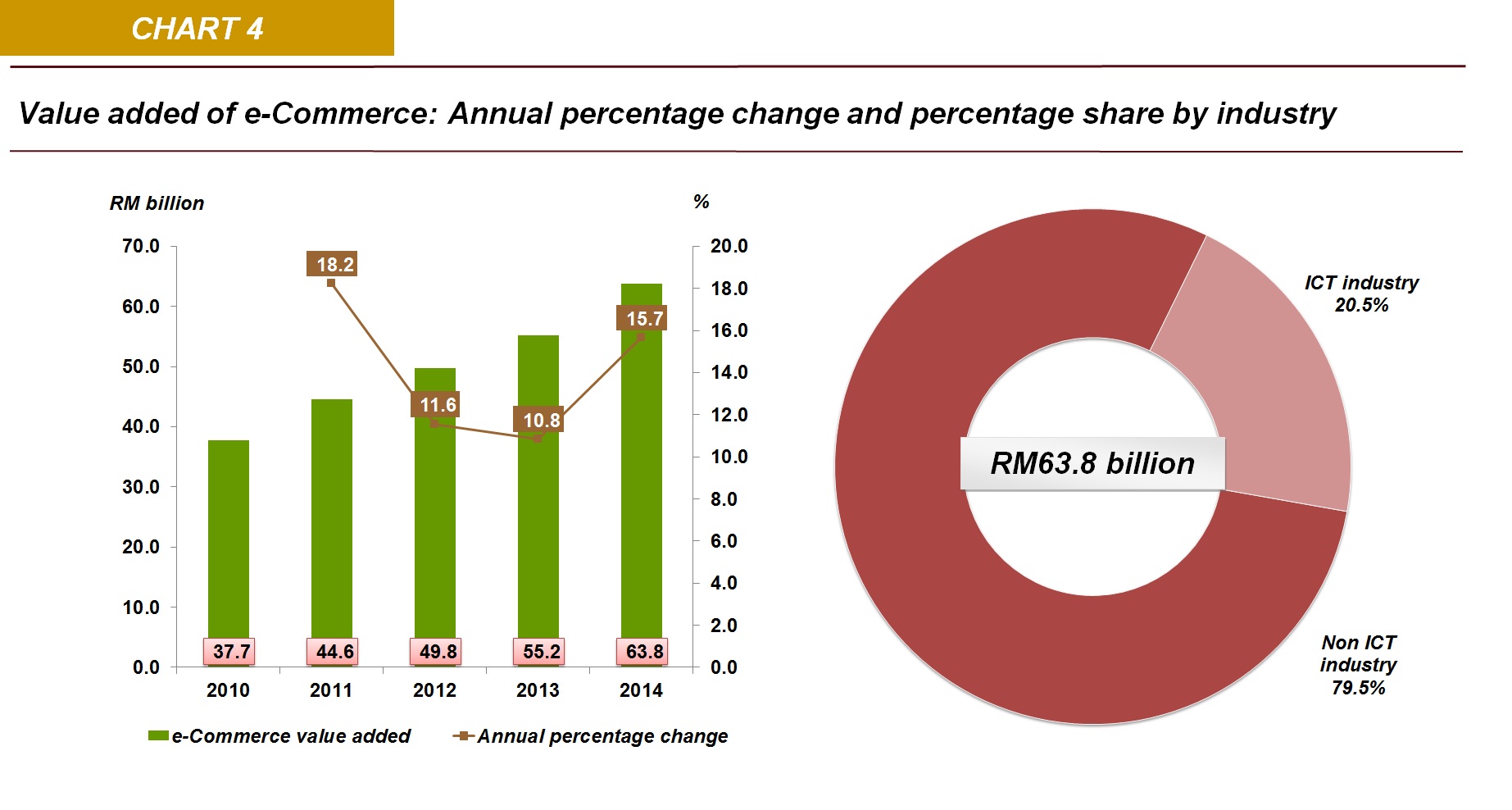 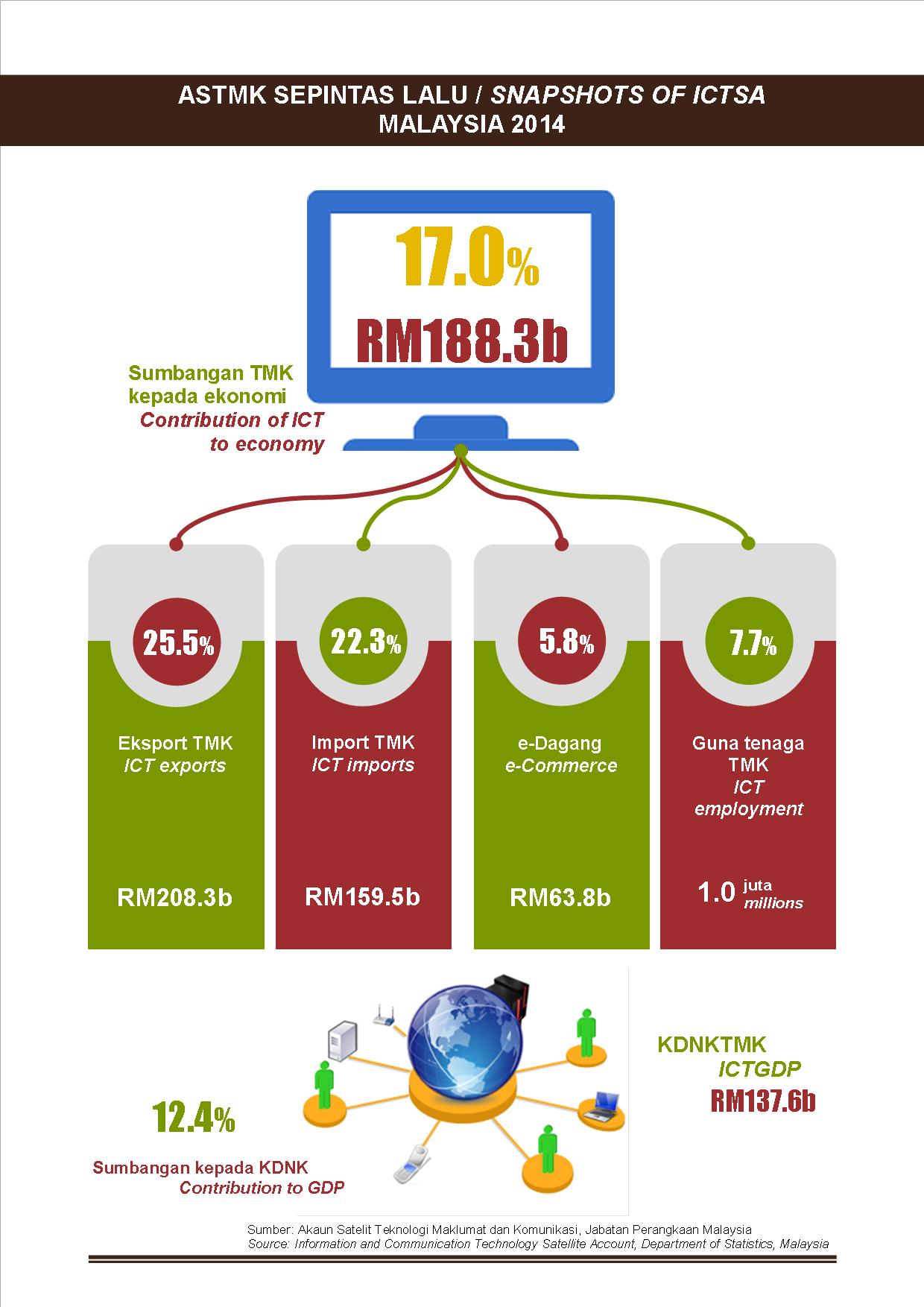