Live births in 2019 was the lowest in a decade 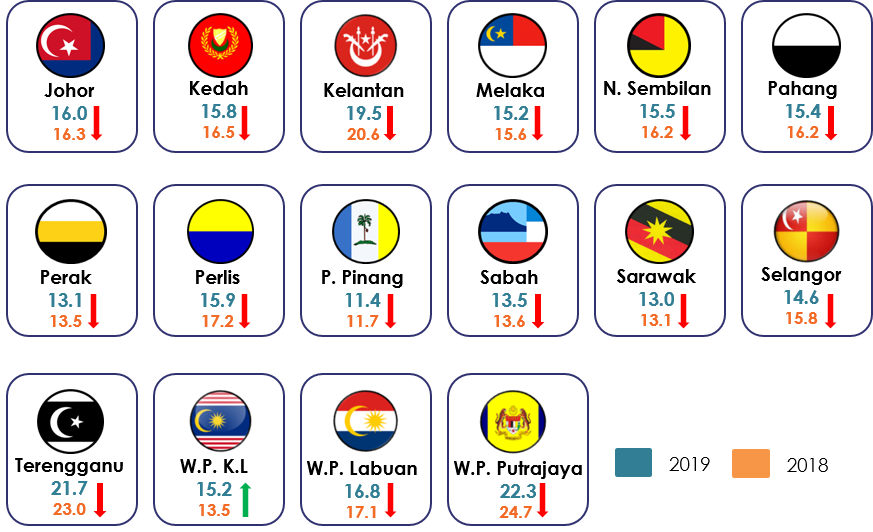 Over the last three decades in Malaysia, fertility measured by TFR declined dramatically from 4.9 children per woman of childbearing age in 1970 to 1.8 in 2019.

Since 2013, the national TFR was well below the replacement level of 2.1 which indicates that the average number of babies born per woman throughout her reproductive life has been insufficient to replace herself and her partner.

The number of deaths increased

Perlis recorded the highest CDR whilst W.P. Putrajaya the lowest

Perlis recorded the highest CDR of 7.8 deaths per thousand population whilst W.P. Putrajaya recorded the lowest rate of 2.0 in 2019. 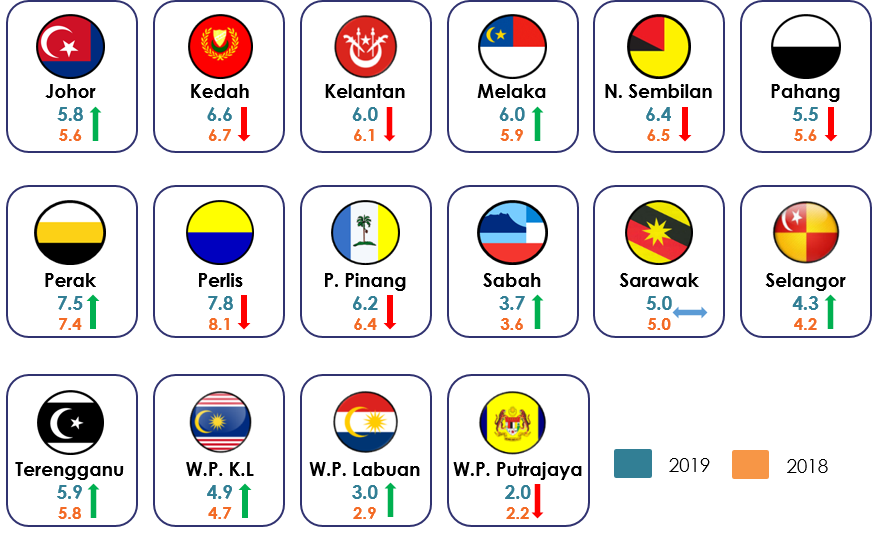 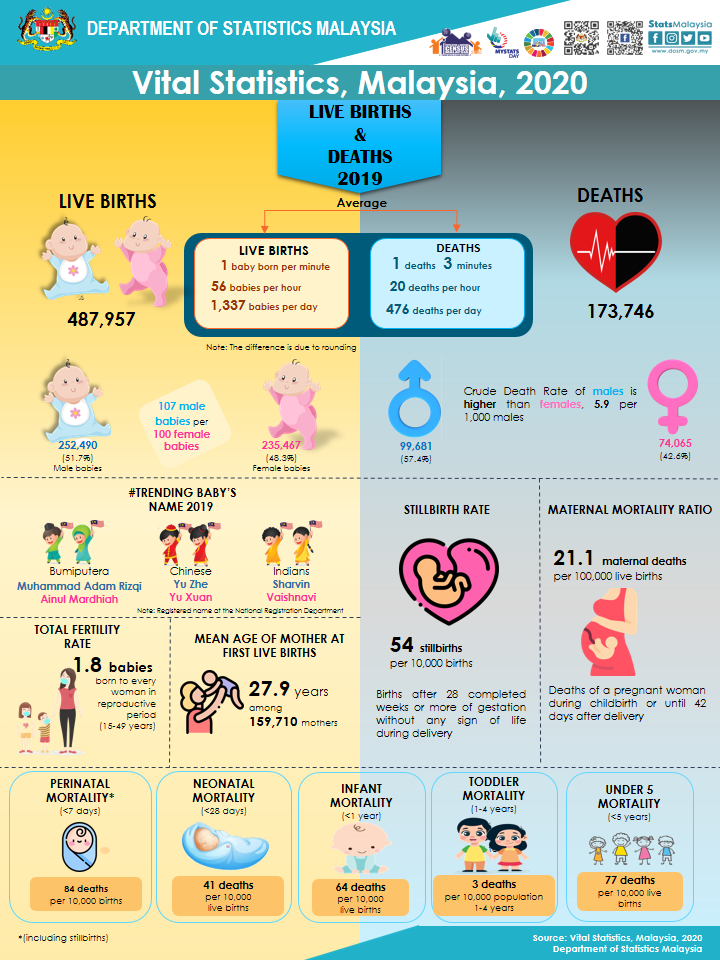 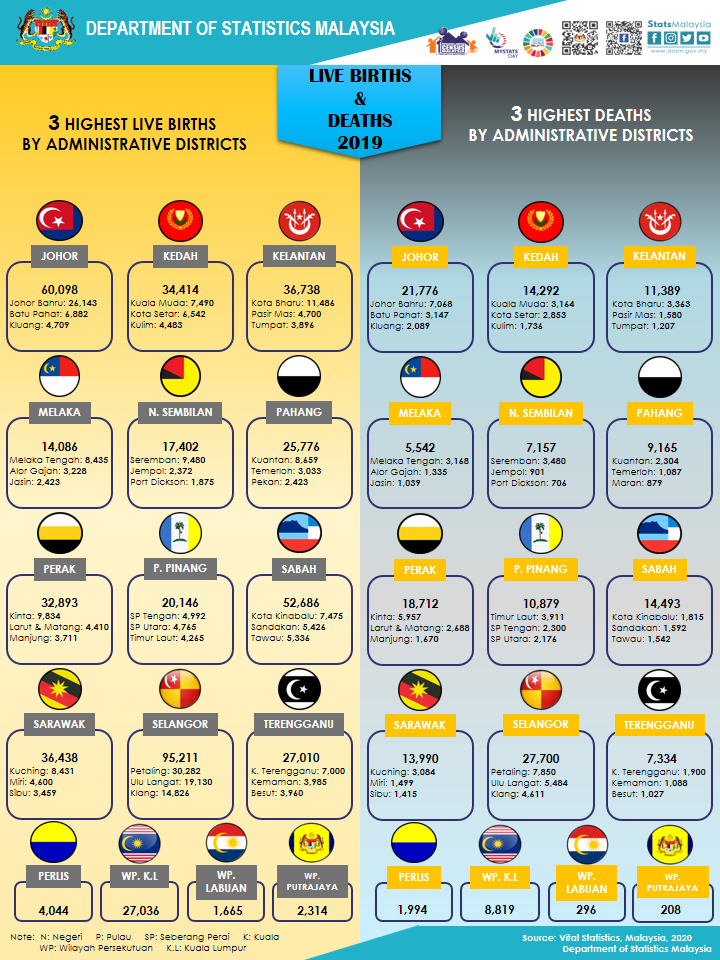