Selected agricultural commodities are divided into three categories namely selected crops, (fruits and vegetables), selected livestock and selected fisheries. In 2015, a total of 33 commodities were covered and 17  of them recorded self-sufficiency ratio (SSR) more than 100 per cent. 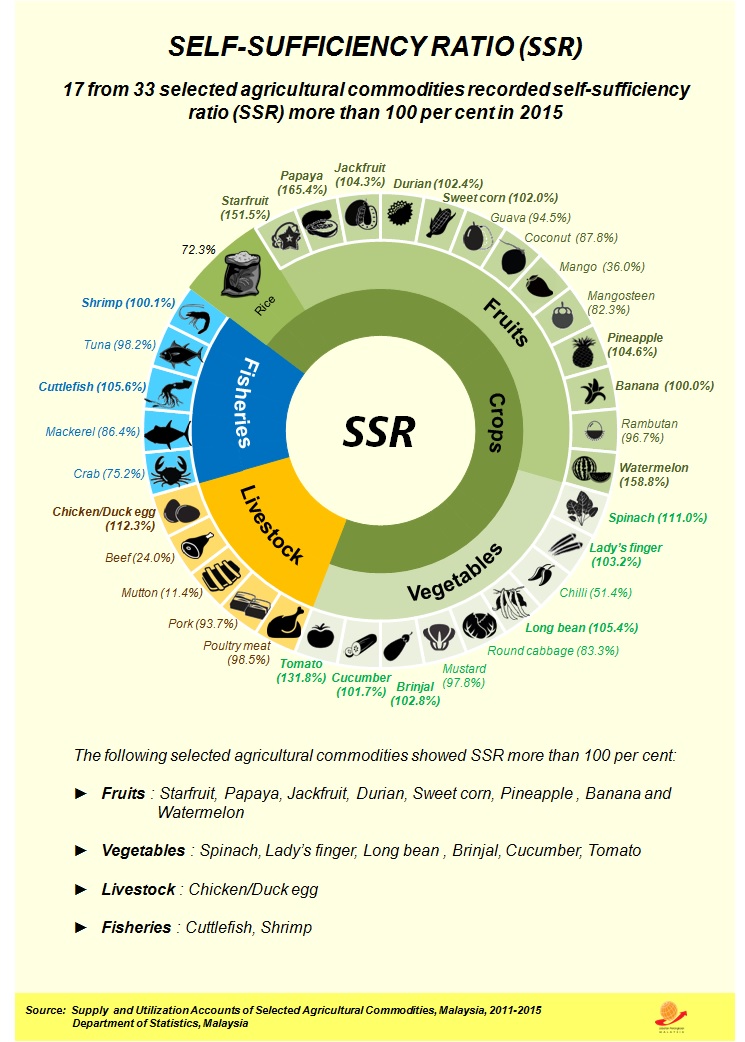 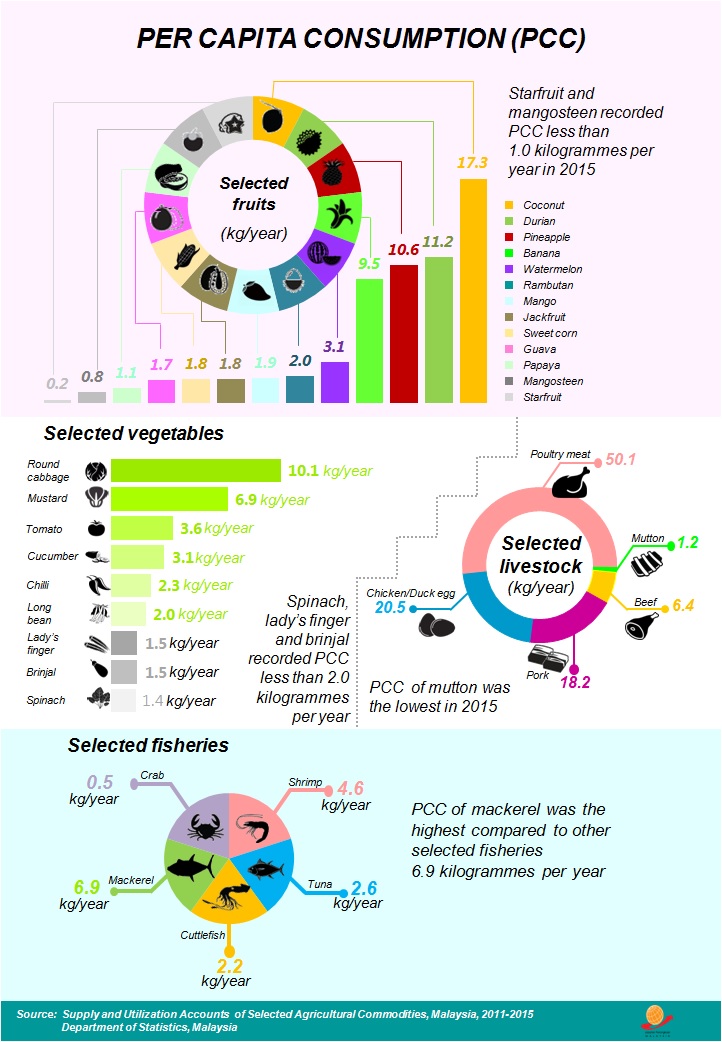