2018, emission of pollutants to the atmosphere from motor vehicles: 2.4 million tones 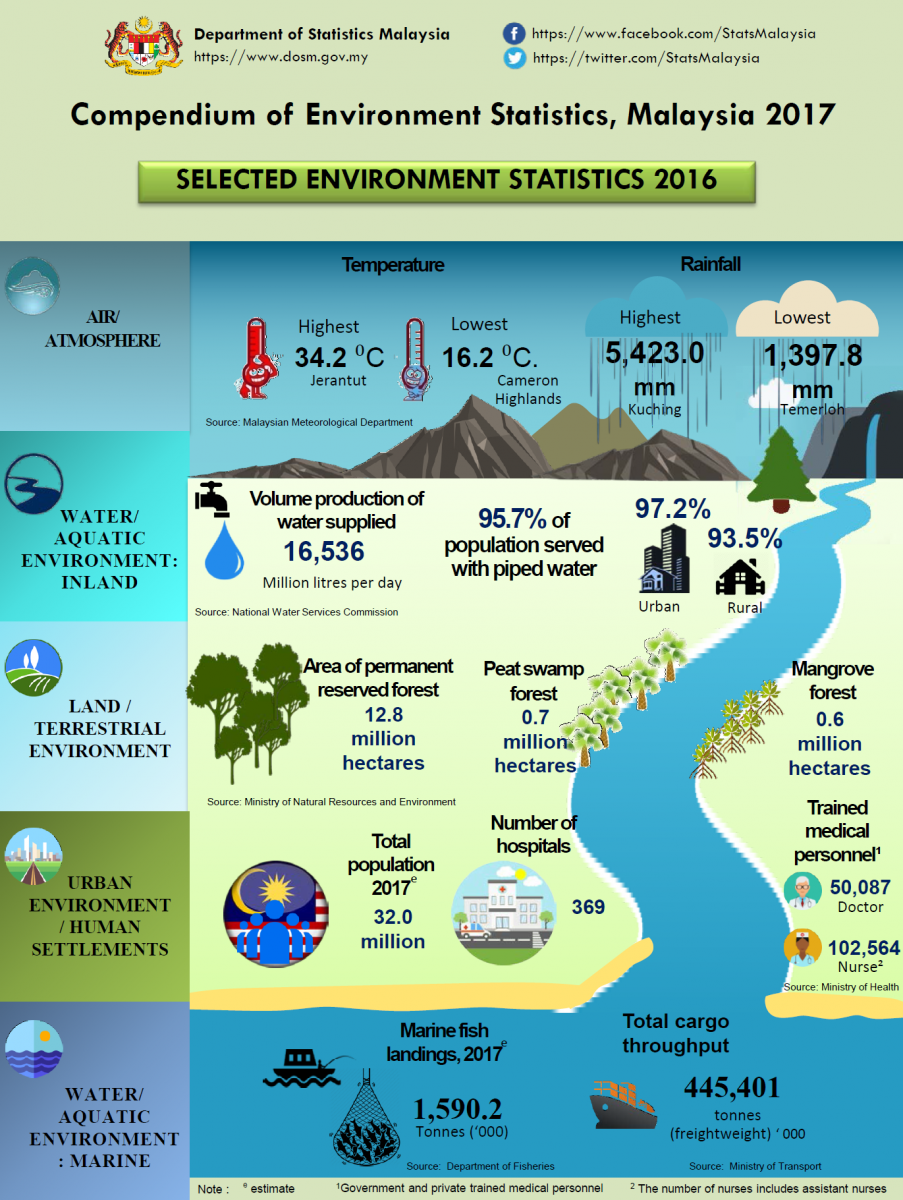 The Compendium of Environment Statistics (CES) presents statistics on environment for the period 2012-2016/2017 namely air, water (inland and marine), land and urban/human settlements. The compilation of the statistics includes environmental information, impacts of human activities on the environment and actions taken to minimise the impact. The data are obtained from various agencies.

Demand for clean water resources increase in tandem with population growth (32.0 million people in 2017). In 2016, the volume of total production of water supplied has increased by 377 million liters per day (MLD) to 16,536 MLD as compared to 2015. 95.7 per cent of Malaysia population were served with piped water in which 97.2 per cent was urban population and 93.5 per cent was rural population in 2016.

In general, the rise in population contributed to the increase of demand for food and goods. In 2017, marine fish landings are estimated at 1,590.2 thousand tonnes. Meanwhile, a total of 445,401 thousand tonnes (freightweight) of cargoes in 2016 were throughput by ports in Malaysia.