2018, emission of pollutants to the atmosphere from motor vehicles: 2.4 million tones

In 2015, motor vehicles was the main source contributed to emission of pollutants to the air of 2.1 million tonnes. Within the same period, the number of cumulative motor vehicles registered was 26.3 million.

Marine water quality status is monitored by the coastal areas, estuaries and islands according to four categories; Excellent, Good, Moderate and Poor. In 2015, all of three areas showed most of the stations recorded Moderate readings.

Generally, human activities has caused environment quality degradation and affected the human health. Contaminated food and water intake can cause five types of Food and Water Borne Diseases that are cholera, typhoid, dysentery, viral hepatitis A and food poisoning. In 2015, the incidence rate (IR) of food poisoning was the highest at 47.3 per 100,000 population. 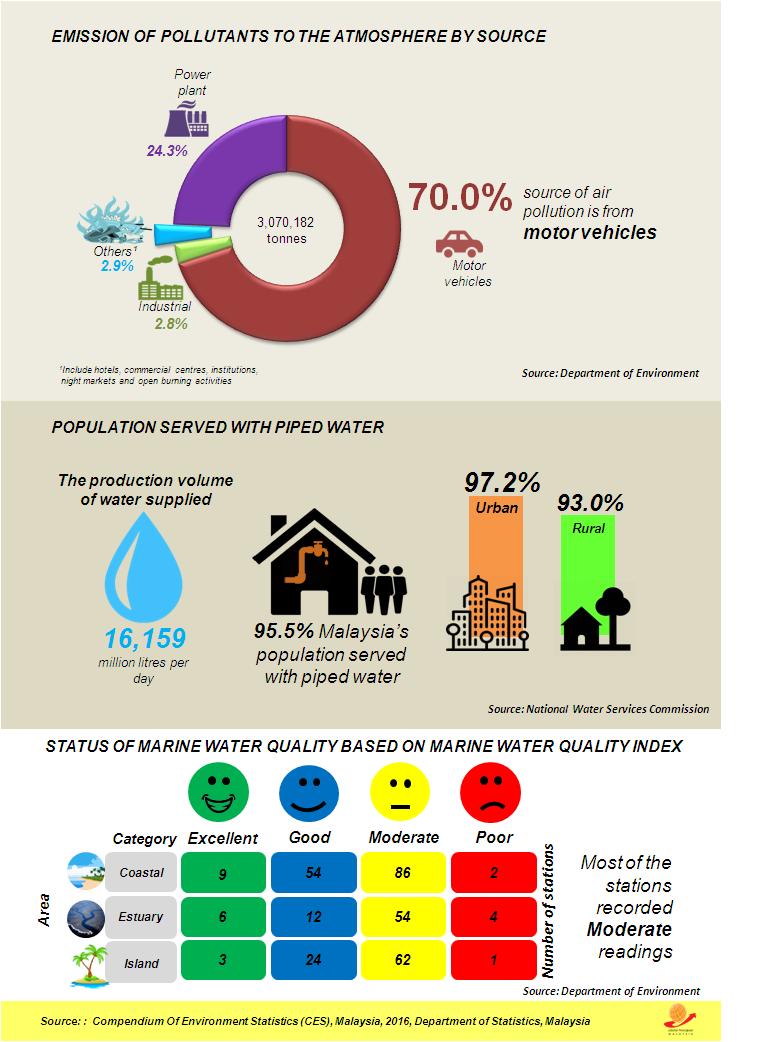 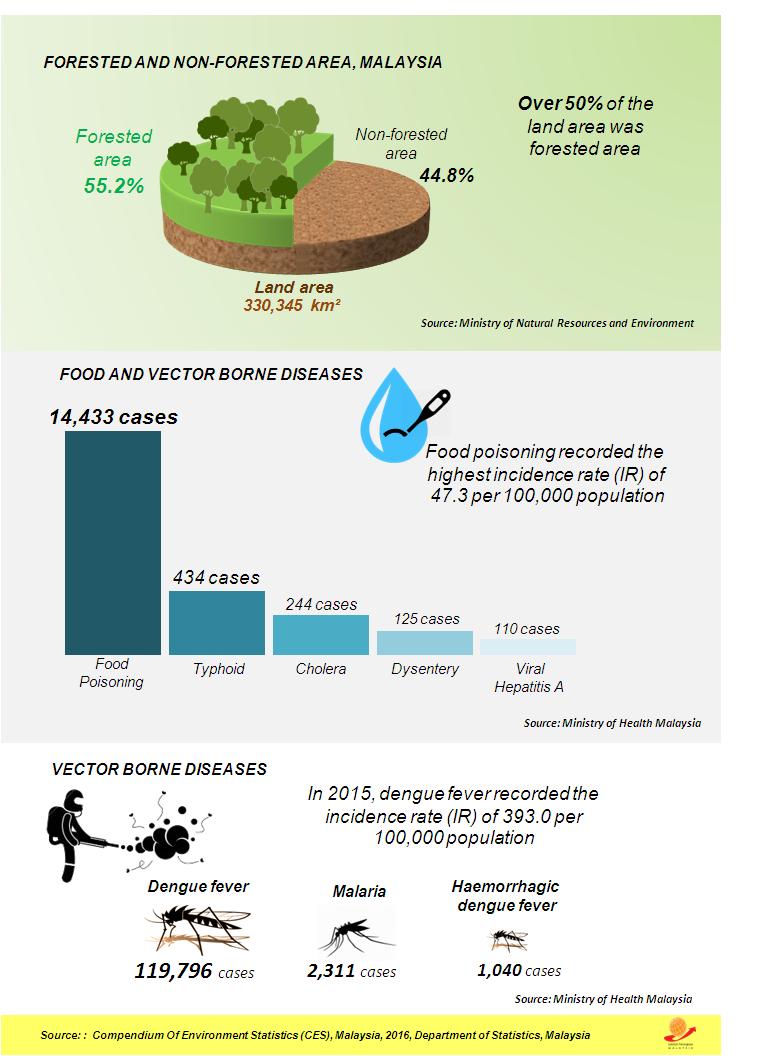