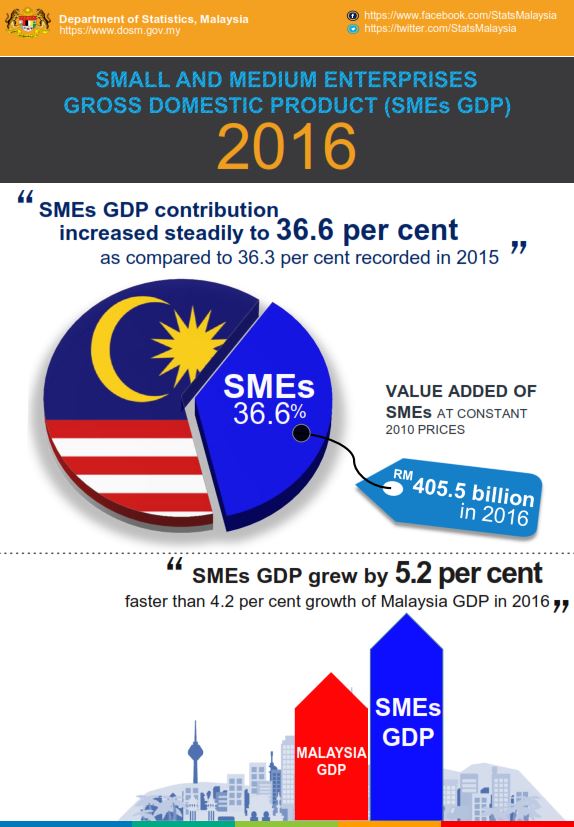 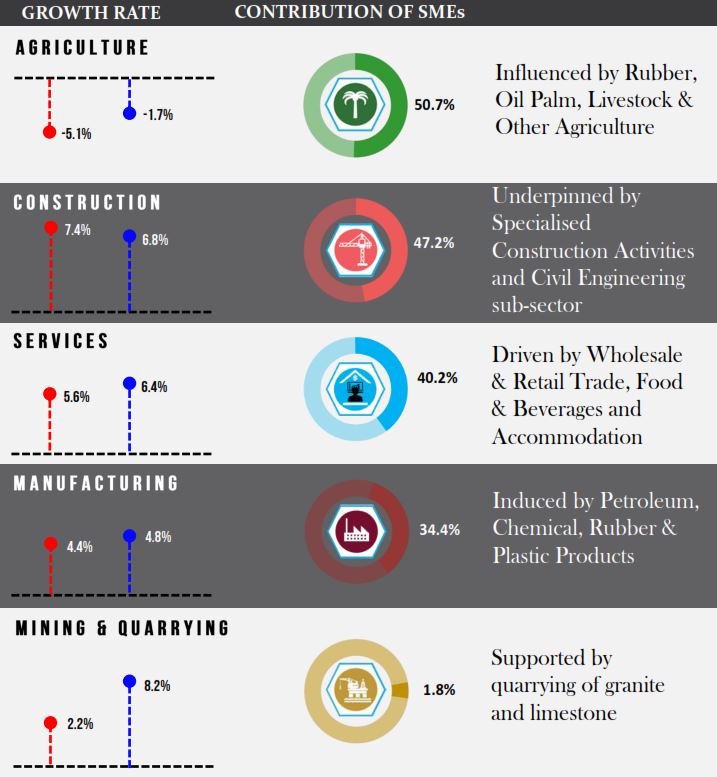 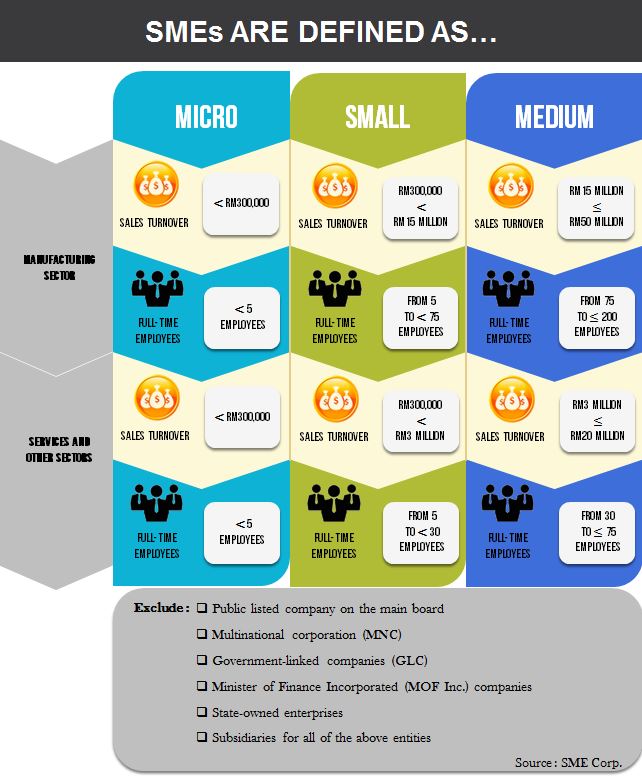 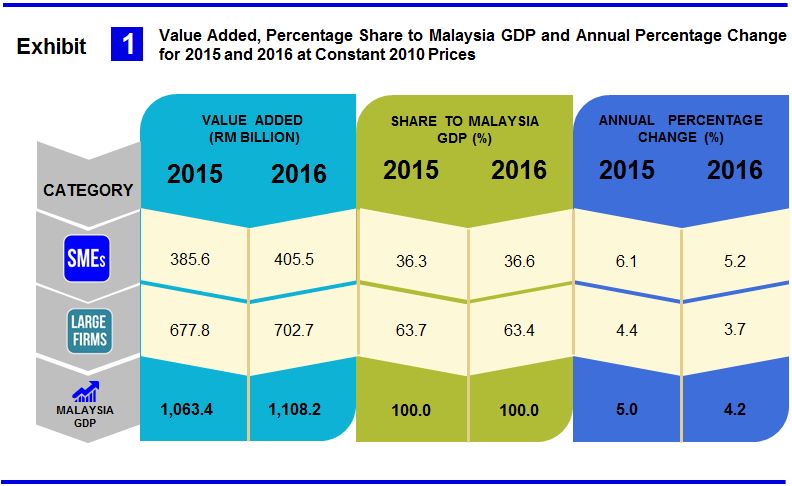 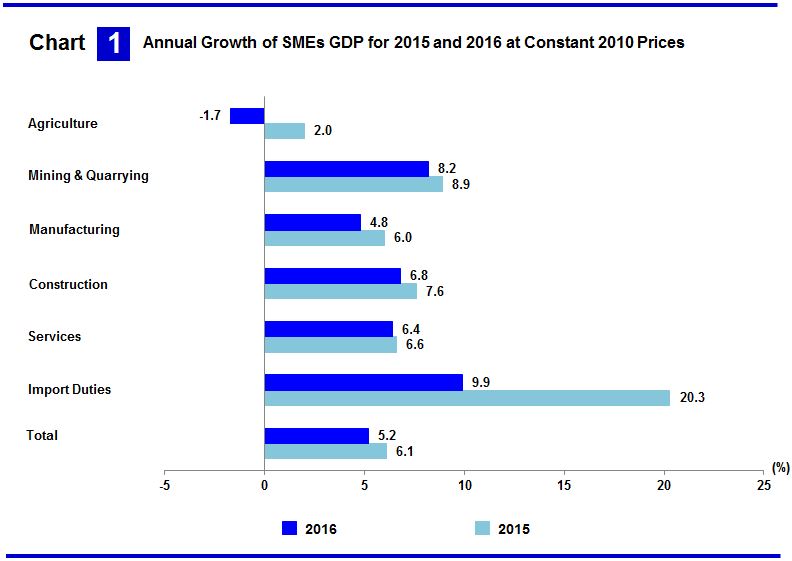 SMEs value added for Services sector (Chart 1) registered a growth of 6.4 per cent as compared 6.6 per cent in 2015. The growth momentum was supported by Finance, Insurance, Real Estate and Business Services sub-sector which registered a better growth of 5.9 per cent  (2015: 5.5%) driven mainly by Insurance and Business Services segments. On the same note, Wholesale & Retail Trade, Food & Beverages and Accommodation sub-sector grew to 6.8 per cent (2015: 7.0%) attributed by Wholesale and Motor Vehicles segments. Transportation & Storage and Information & Communication sub-sector moderated to 5.8 per cent (2015: 6.6%).

Value added of SMEs in Construction sector grew to 6.8 per cent (2015: 7.6%) underpinned by Specialised Construction Activities and Civil Engineering sub-sectors. Nevertheless, contraction in Non-Residential Buildings sub-sector has influenced overall performance in this sector. In addition, value added of SMEs in Mining & Quarrying sector recorded a growth of 8.2 per cent from 8.9 per cent in 2015.

In Agriculture sector, value added of SMEs declined 1.7 per cent as compared to 2.0 per cent in the previous year. This was attributed by Rubber, Oil Palm, Livestock & Other Agriculture sub-sector which contracted to 2.4 per cent (2015: 3.0%) following a decrease in production of rubber and oil palm. Nonetheless, Fishing and Forestry & Logging sub-sectors posted a better momentum as compared to the preceding year.

COMPOSITION BY KIND OF ECONOMIC ACTIVITY

Services and Manufacturing sectors maintained its stronghold as the prominent economic activities in Malaysia for both SMEs GDP and Malaysia GDP. The combined share from the two sectors represented more than 70 per cent of the economy as depicted in Chart 2. Agriculture sector was the third largest contributor for SMEs GDP with a share of 11.2 per cent instead of Mining & Quarrying sector for Malaysia GDP. 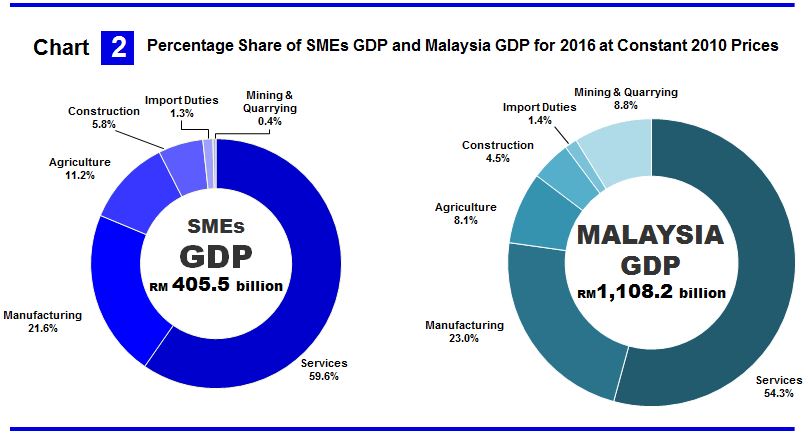 CONTRIBUTION OF SMEs GDP BY KIND OF ECONOMIC ACTIVITY

In 2016, all sectors registered a higher contribution of SMEs value added with the exception of Construction sector. SMEs GDP led the Agriculture sector with a share of 50.7 per cent, an increment of 1.7 per cent from 2015 as portrayed in Chart 3. This was spurred by Rubber, Oil Palm, Livestock and Other Agriculture sub-sector especially in Oil Palm segment. 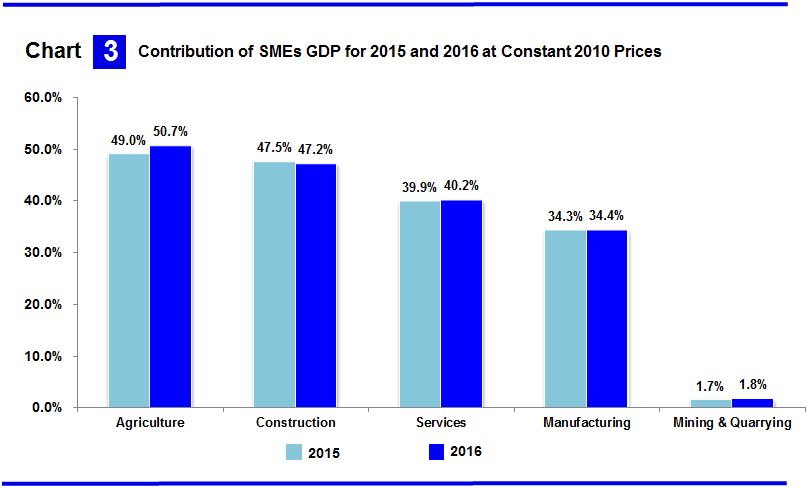 In addition, the SMEs GDP in Mining & Quarrying sector recorded a share of 1.8 per cent mainly in quarrying of granite and limestone.