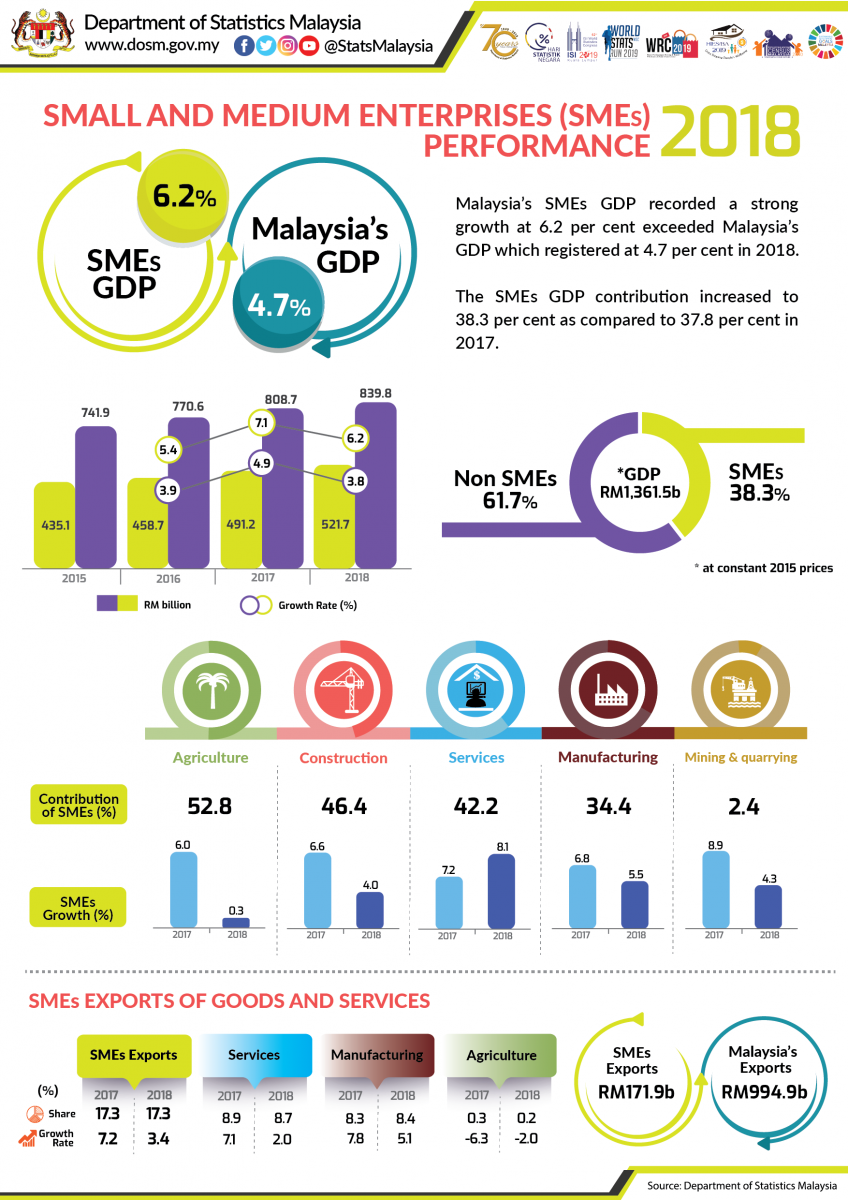 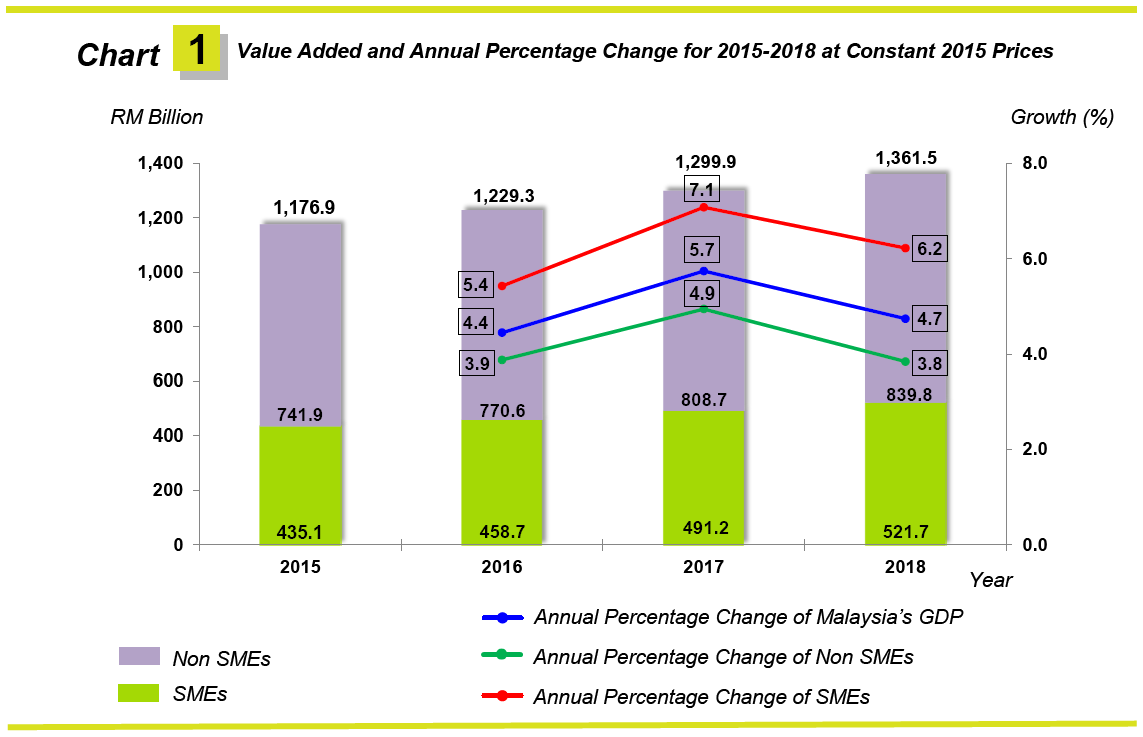 The value added of SMEs in Agriculture sector grew marginally 0.3 per cent after registering 6.0 per cent in the preceding year. This was due to the slower performance in Rubber, oil palm, livestock & other agriculture sub-sector with growth of 0.5 per cent (2017: 9.0%).

SMEs in Construction and Mining & quarrying sectors eased to 4.0 per cent and 4.3 per cent respectively. 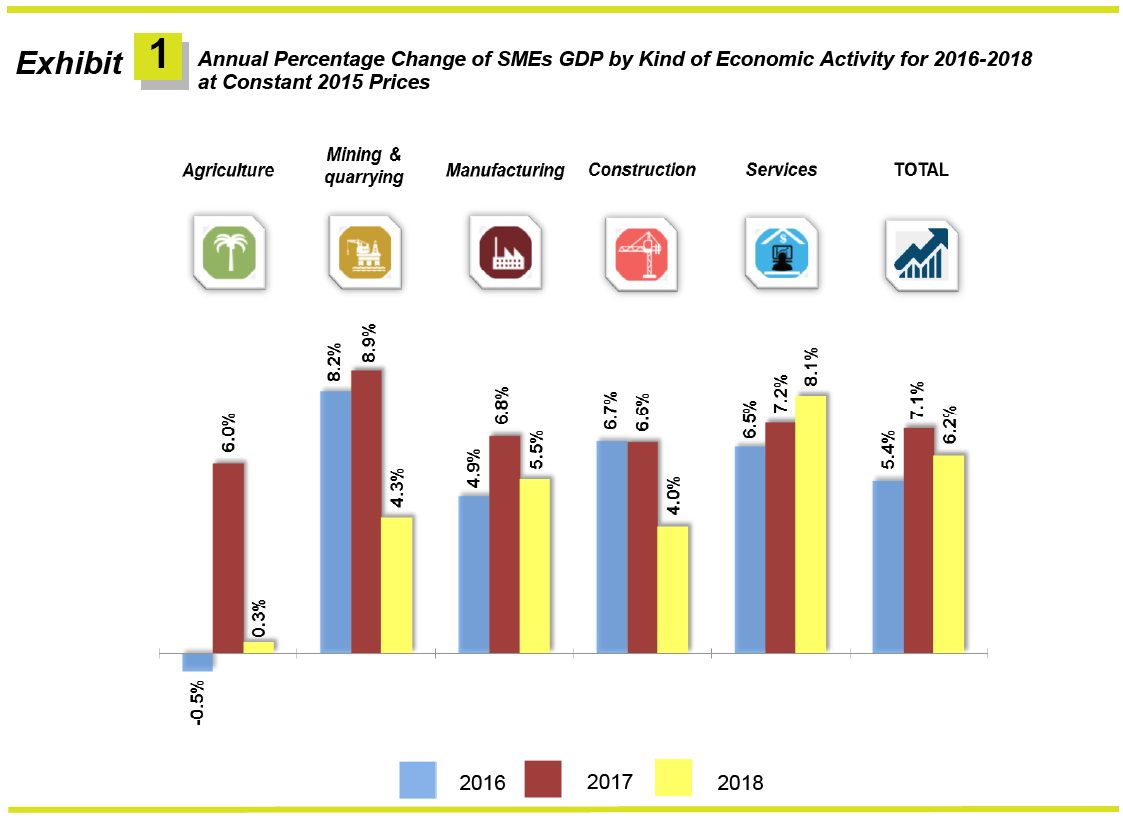 DISTRIBUTION BY KIND OF ECONOMIC ACTIVITY 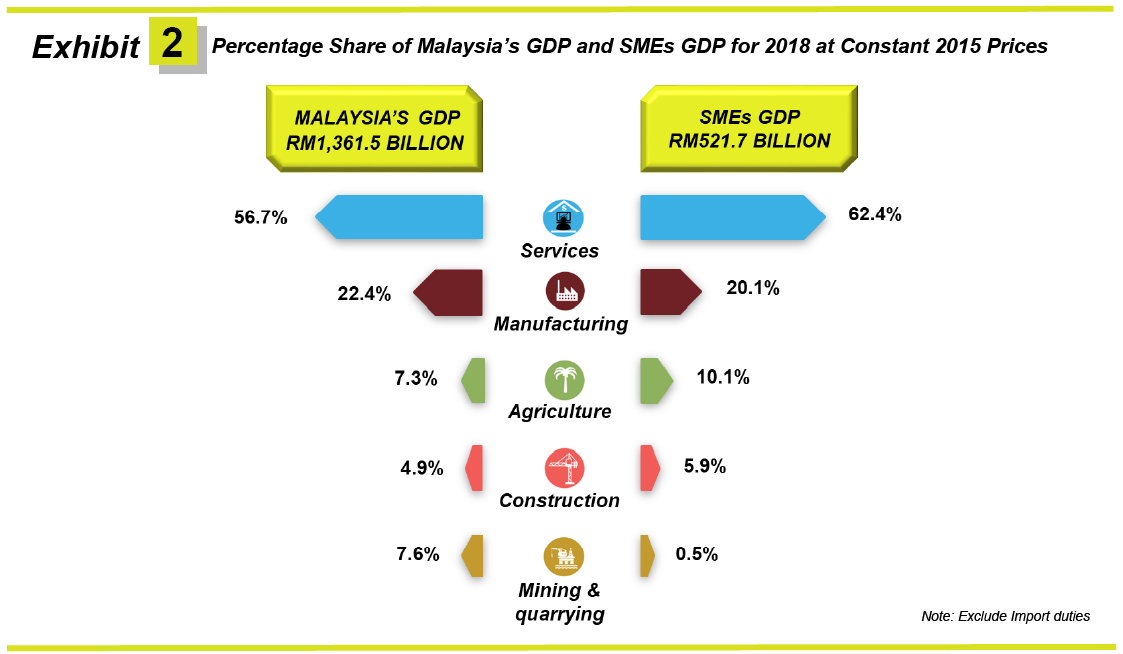 CONTRIBUTION BY KIND OF ECONOMIC ACTIVITY

SMEs GDP of Services sector expanded to 42.2 per cent as compared to 41.7 per cent in 2017 which was dominated by Wholesale & retail trade, food & beverage and accommodation sub-sector. Finance, insurance, real estate and business services also bolstered this sector significantly particularly in professional services.

SMEs GDP in Manufacturing sector recorded a marginal increase to 34.4 per cent (2017: 34.2%) attributed by Petroleum, chemical, rubber and plastic products. In additional, SMEs activities were also contributed by Food, beverages and tobacco and Non-metallic mineral products, basic metal and fabricated metal products. Meanwhile, the SMEs GDP in Mining & quarrying sector recorded a share of 2.4 per cent (2017: 2.3%). 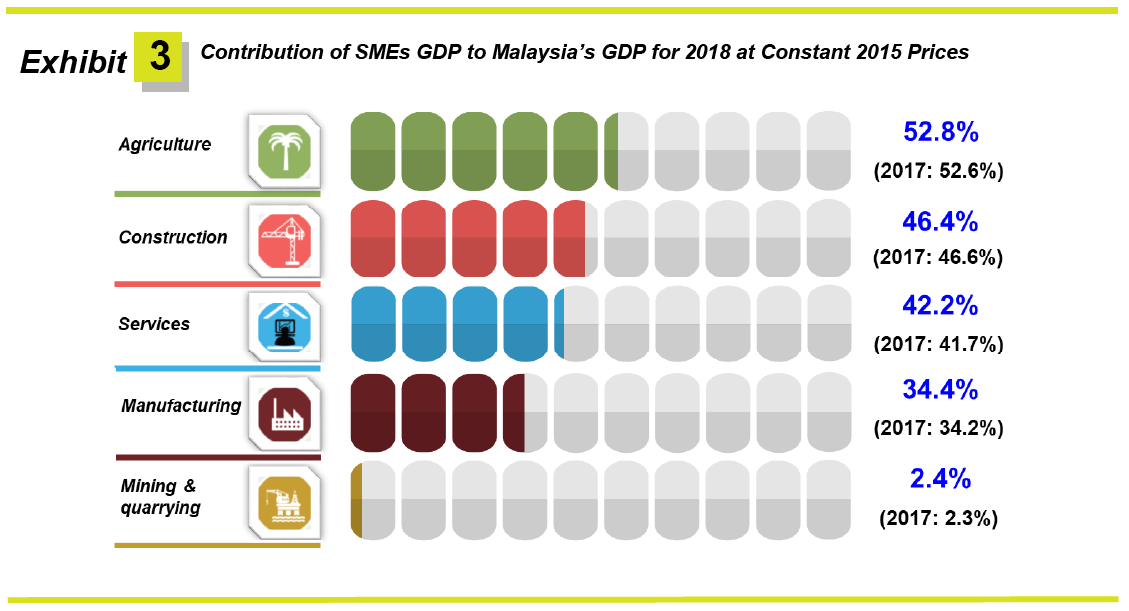 Exports of SMEs registered a growth of 3.4 per cent to RM171.9 billion in 2018 as compared to 7.2 per cent in 2017, driven by Manufacturing (5.1%) and Services (2.0%) sectors as portrayed in Chart 2. SMEs exports of Agriculture sector in 2018 was RM2.48 billion (2017: RM2.53 billion), recorded a negative growth of 2.0 per cent. This was due to a decrease of SMEs exports for vegetables, banana, pineapple and other tropical fruits such as watermelon, guava and others.

Meanwhile, exports of SMEs in the Manufacturing sector which contributed 48.3 per cent of total SMEs exports in 2018 was supported by beverages & tobacco, chemicals, manufactured goods and miscellaneous manufactured articles. The main destination for SMEs exports of the Manufacturing sector was Singapore which constituted 18.6 per cent followed by China (8.9%) and the United States (7.8%). SMEs exports of Services sector increased to RM86.4 billion from RM84.7 billion in 2017. This was led by travel, other business services and transport activities.

Share of SMEs exports to total exports remained at 17.3 per cent in 2018 where 8.7 per cent was from the Services sector. Furthermore, Manufacturing sector contributed 8.4 per cent and Agriculture sector 0.2 per cent. 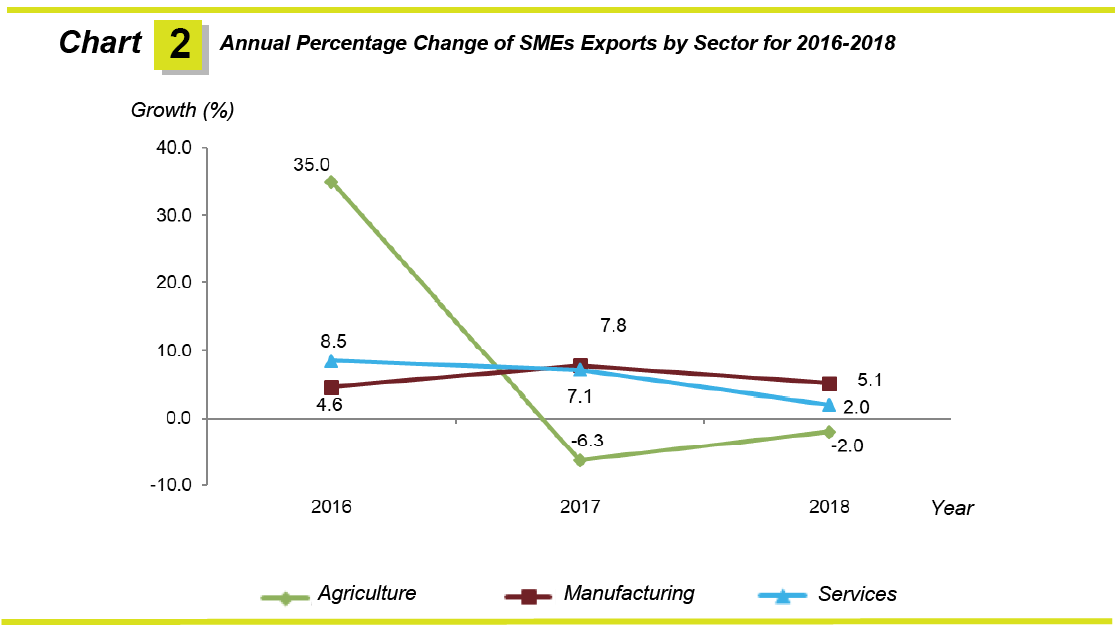