EMPLOYMENT IN THE INFORMAL SECTOR IN MALAYSIA, 2015

(I) BY STATUS IN EMPLOYMENT 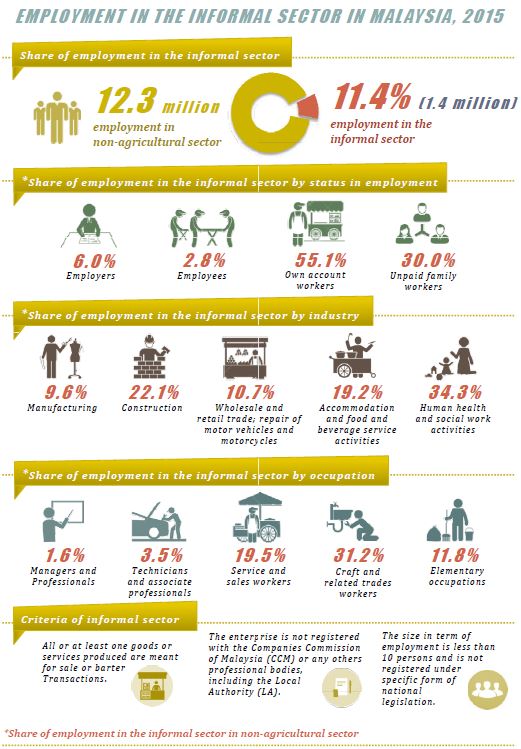