The Informal Sector Workforce Survey Report 2019 presents employment statistics according to selected demographic and socioeconomic characteristics such as gender, age group, educational attainment, status of employment, occupation and industry. This survey is conducted from January to December 2019 and is a module in the Labour Force Survey (LFS).

The conceptual framework of employment in the informal sector as shown in Exhibit 1 includes information on household members aged 15 to 64 years which includes employment in the category of self-employed (3), employers (4), unpaid family workers (5) and employees ( 6,7). Meanwhile, members of the producer cooperative (8) were not covered in this survey. 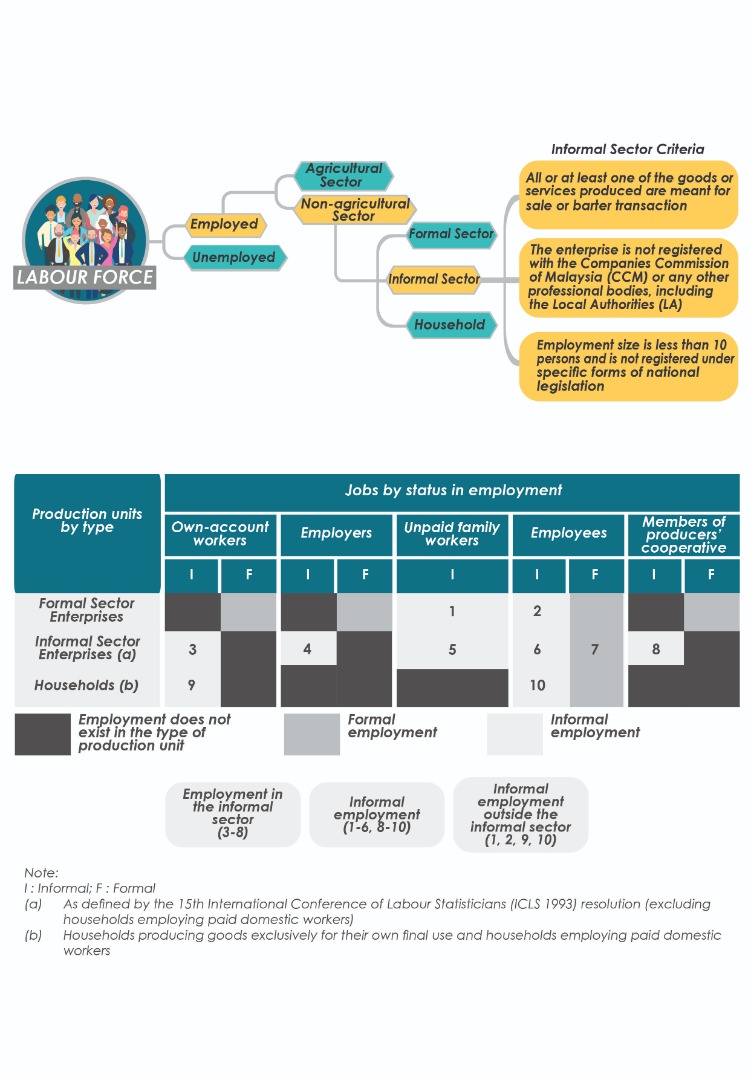 EMPLOYMENT IN THE INFORMAL SECTOR

Number and share of informal sector employment in the
labour market, Malaysia, 2010 to 2019 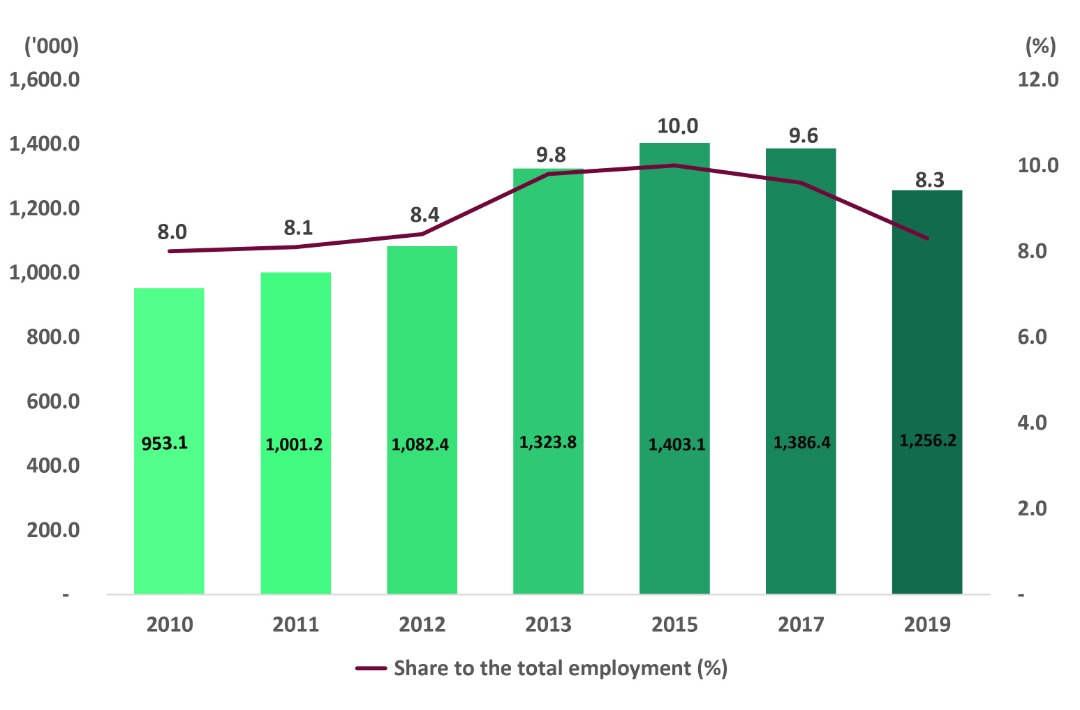 EMPLOYMENT IN THE INFORMAL SECTOR BY SEX

EMPLOYMENT IN THE INFORMAL SECTOR BY  STATUS IN EMPLOYMENT

Employment status refers to the position or status of each employed person in the institution or organization in which he or she works and customized based on the International Classification of Status in Employment (ICSE-93). The working population is classified according to employment status namely Employer, Employee, Own account worker and Unpaid family worker.

The employment in the informal sector of Own account worker and Unpaid family worker showed an increasing trend in 2019 as compared to 2017.

Exhibit 3:
Employment in the Informal Sector by Status in Employment,
Malaysia, 2017r to 2019 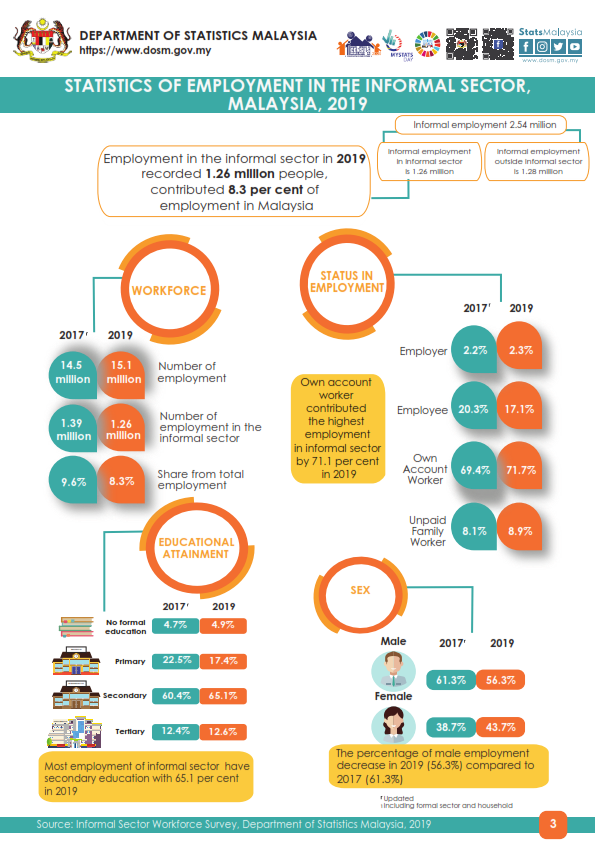 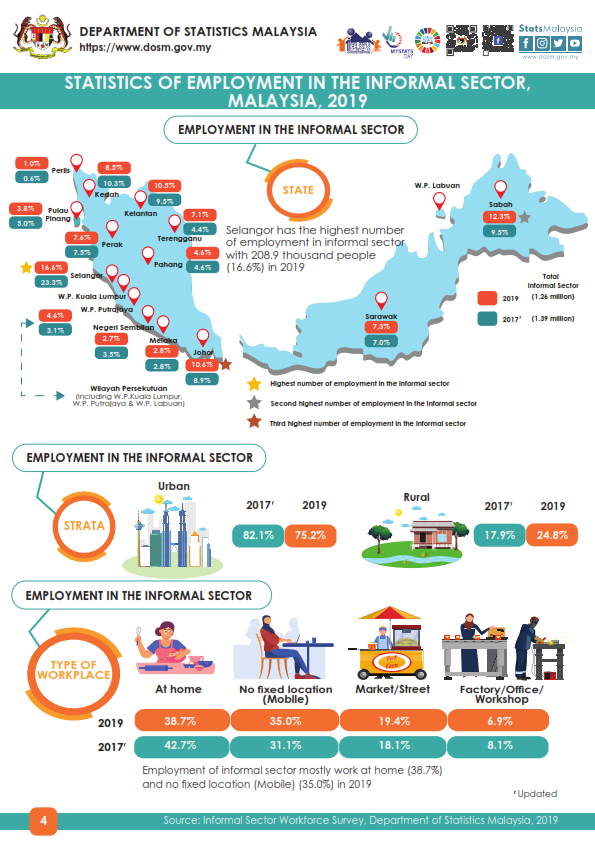 The detailed information regarding this report can be accessed through the eStatistics application in the Department of Statistics, Malaysia website, www.dosm.gov.my.