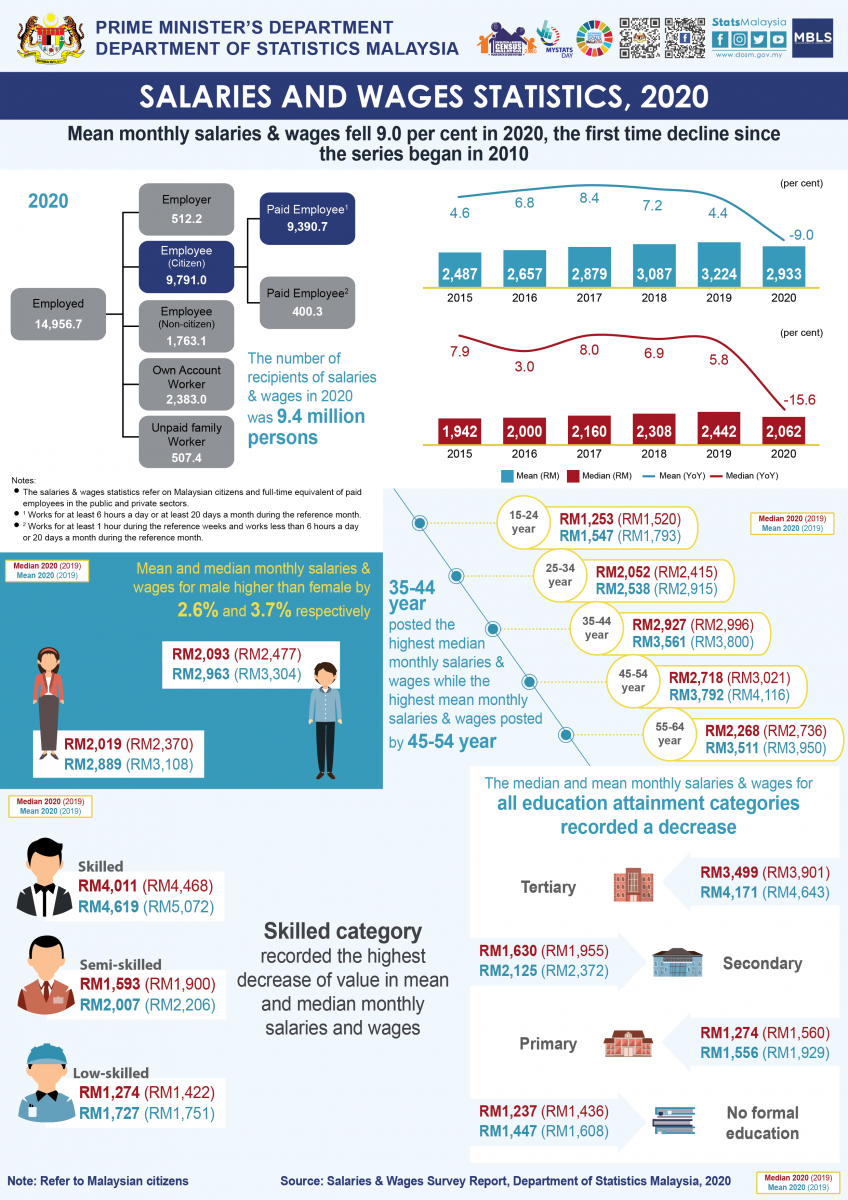 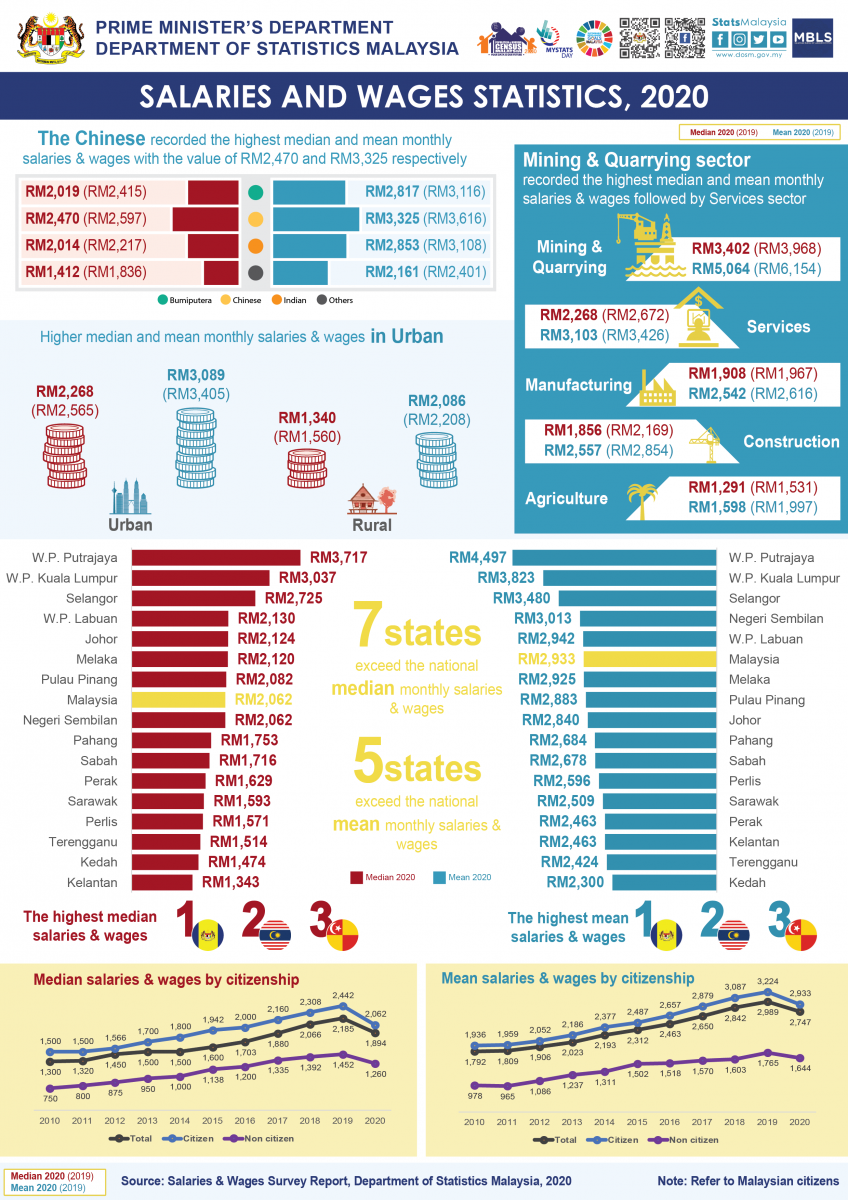 The COVID-19 pandemic was discovered as early as in November 2019, and then spread to many countries including Malaysia. The virus was first found in the country on 24th January 2020. Following further outbreak, the World Health Organization announced the disease as a Public Health Emergency of International Concern.

The Government implemented the Movement Control Order (MCO) whereby only essential activities were allowed to continue operating; while non-essential activities which comprised of major parts of the economic sectors such as Manufacturing and Education services were restricted. In addition, travelling was also limited.

The health crisis brought upon the containment measures whereby physical distancing and other standard operating procedures (SOP) became the new norm, even in businesses.

In terms of salaries and wages, some of businesses opted for unpaid leave or cut wages when their operations could not be conducted as usual. Besides, as the largest segment of employed persons in Malaysia was in semi-skilled category, most may had faced difficulty in continuing their works in a remote or digital form.

However, as the new norm set in, creative business models were adopted to mitigate the loses. Additionally, to cushion this impact, the Government rolled out several policies and initiatives, including the National Economic Recovery Plan (PENJANA), the Wage Subsidy Programme and several grant and financing programmes.

Framework on analysis of monthly salaries & wages, Malaysia, 2019 and 2020

The median and mean monthly salaries & wages for both male and female employees decreased in 2020 due to the effects of the COVID-19 pandemic and the implementation of the MCO in the country throughout 2020. 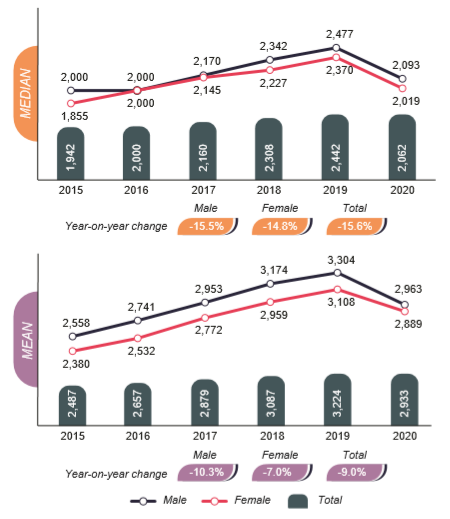 In 2020, it showed that the median and mean monthly salaries & wages of employees in both urban and rural areas declined as compared to the previous year. 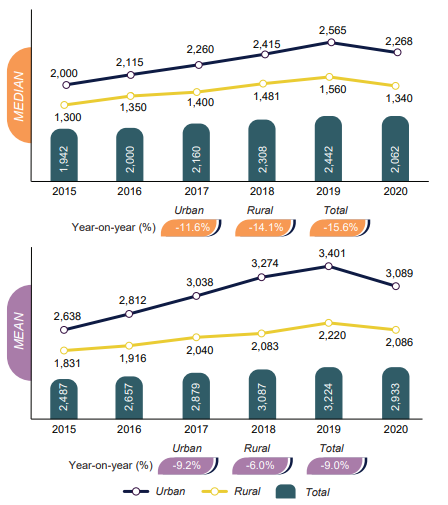