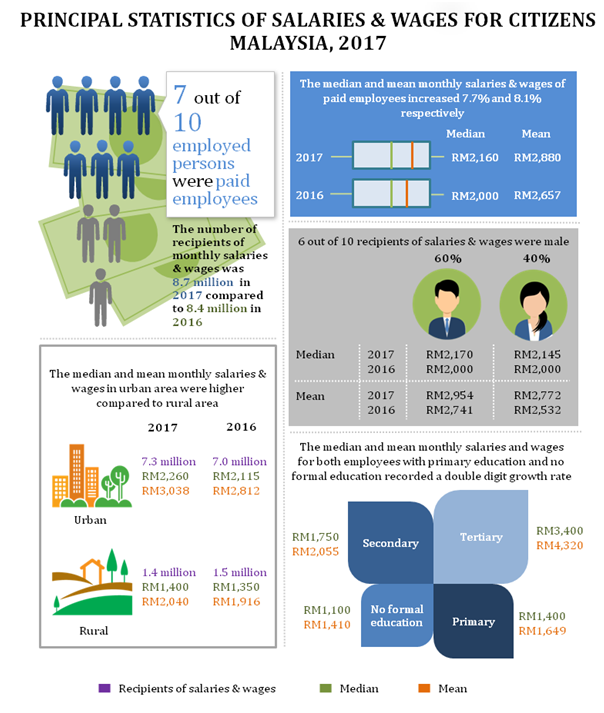 The Salaries & Wages Survey is conducted by the Department of Statistics, Malaysia (DOSM) every year through household approach to collect information of monthly salaries & wages from the principal occupation of paid employees. Salaries & Wages Survey is carried out using probability sampling covering all states in Malaysia. Paid employee is defined in this survey as a person who works for at least six hours a day or at least 20 days a month. The total number of paid employees in 2017 was 8.7 million persons. 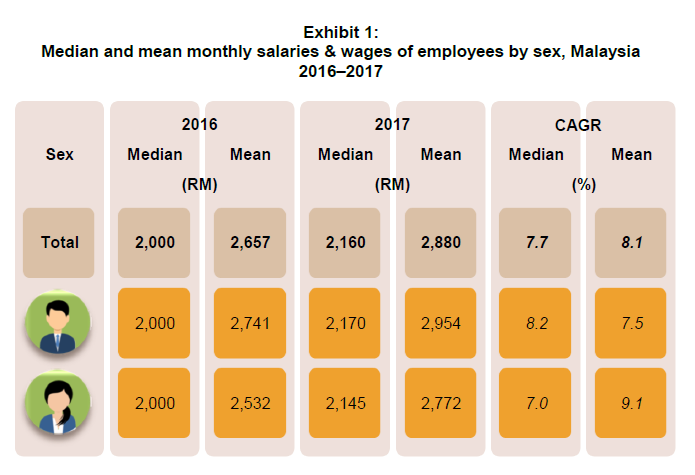 The value of median and mean monthly salaries and wages for employees with tertiary education remained high, grew 3.0 per cent and 7.7 per cent respectively. [Chart 1] 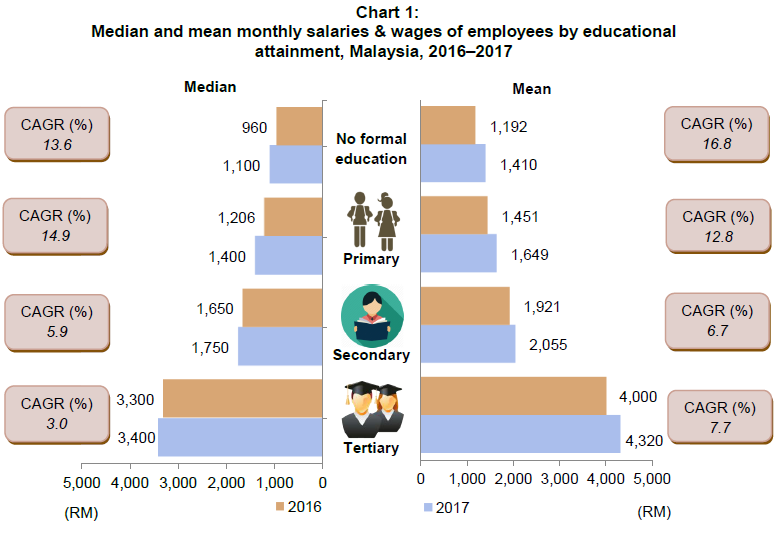 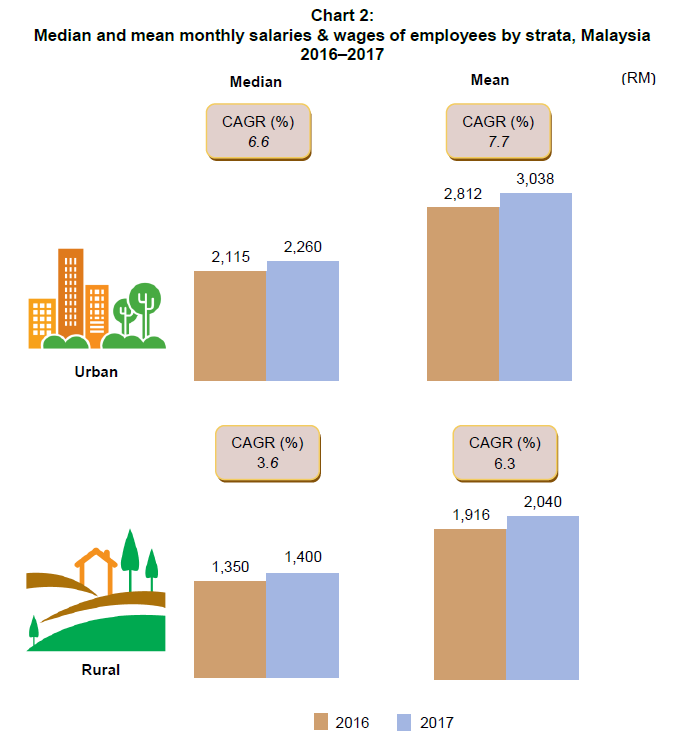 THE OFFICE OF CHIEF STATISTICIAN MALAYSIA
DEPARTMENT OF STATISTICS, MALAYSIA
8 May 2018