The publication Current Population Estimates, Malaysia, 2018 presents mid-year population estimates for the period of 2017 and 2018 as well as principal statistics of population based on the Population and Housing Census 2010 (Census 2010) data, that has taken into account three major components of population change i.e. births, deaths and net migration. 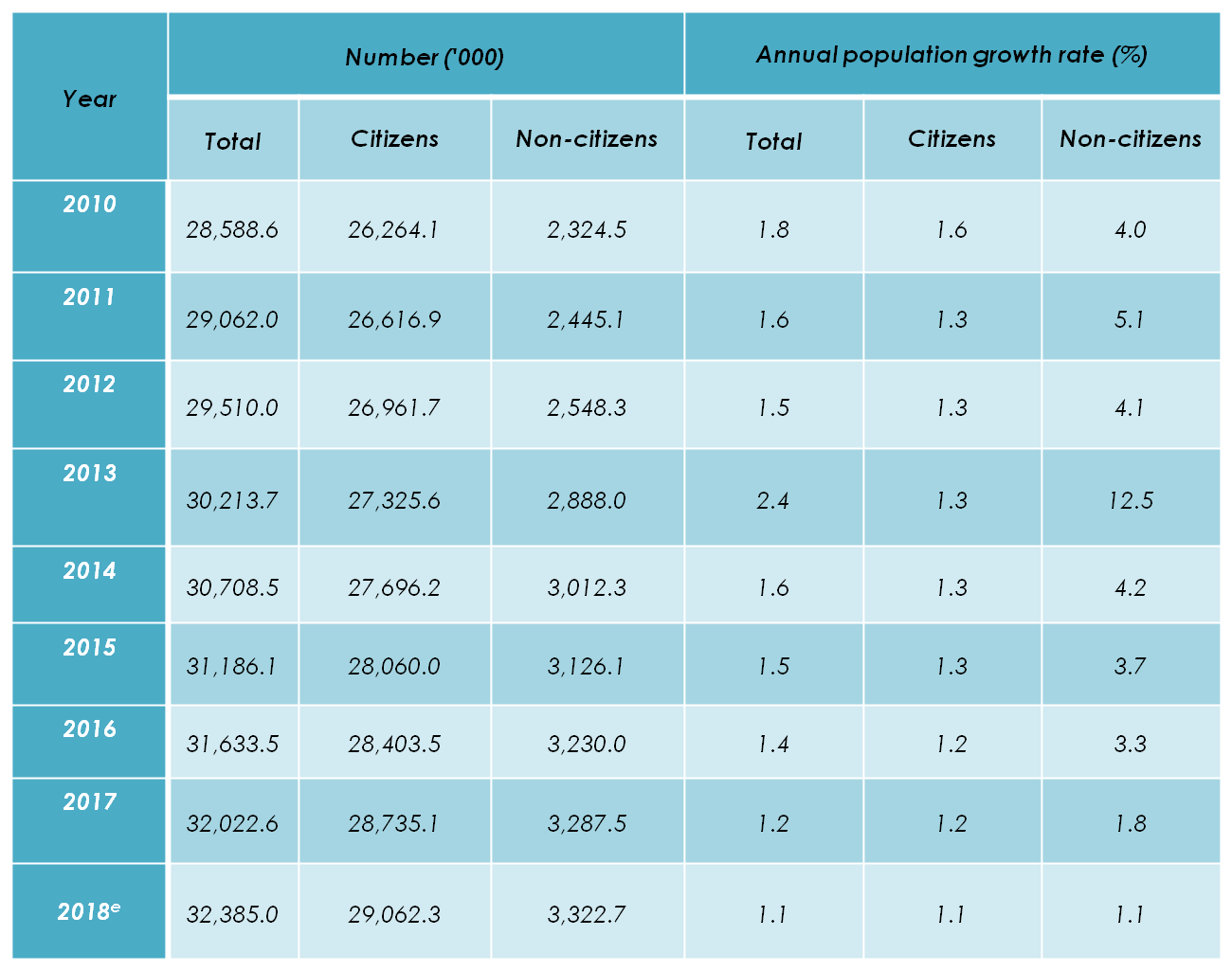 POPULATION BY SEX AND SEX RATIO 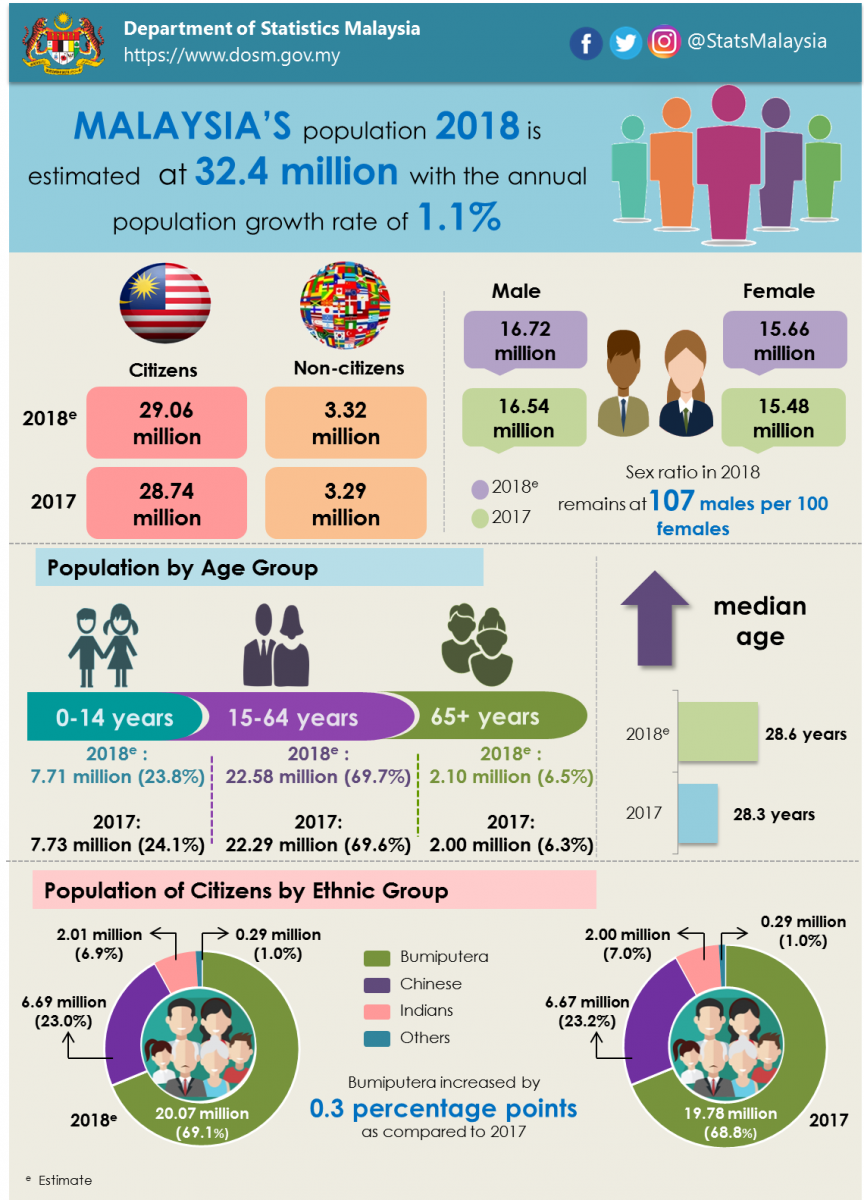