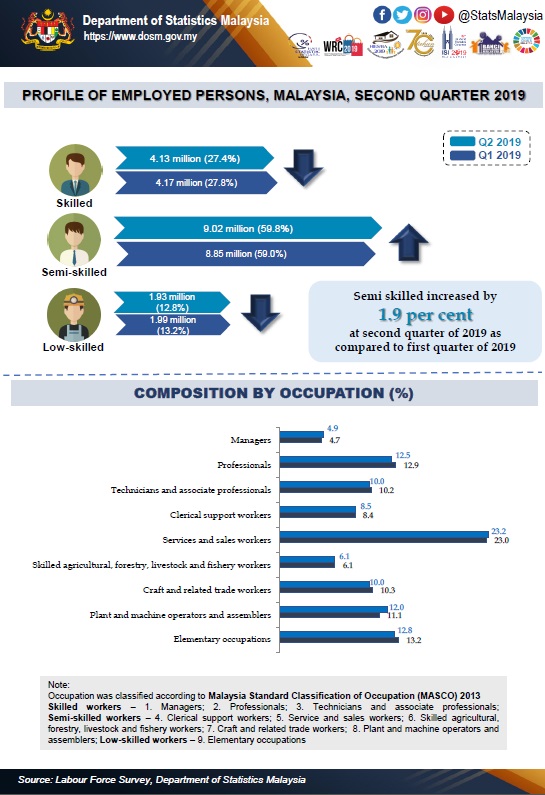 Quarter on quarter comparison showed that both labour force and employed persons increased 0.5 per cent respectively as compared to the previous quarter. Labour force participation rate (LFPR) in this quarter rose 0.1 percentage point as compared to the first quarter of 2019 to 68.8 per cent. Hence, another 31.2 per cent of the working age population were outside the labour force.

The unemployment rate in this quarter remained at 3.3 per cent as on the first quarter of 2019. The number of unemployed persons recorded a total of 520.6 thousand persons, increased 1.9 per cent as compared to the same quarter of previous year. (Chart 2) 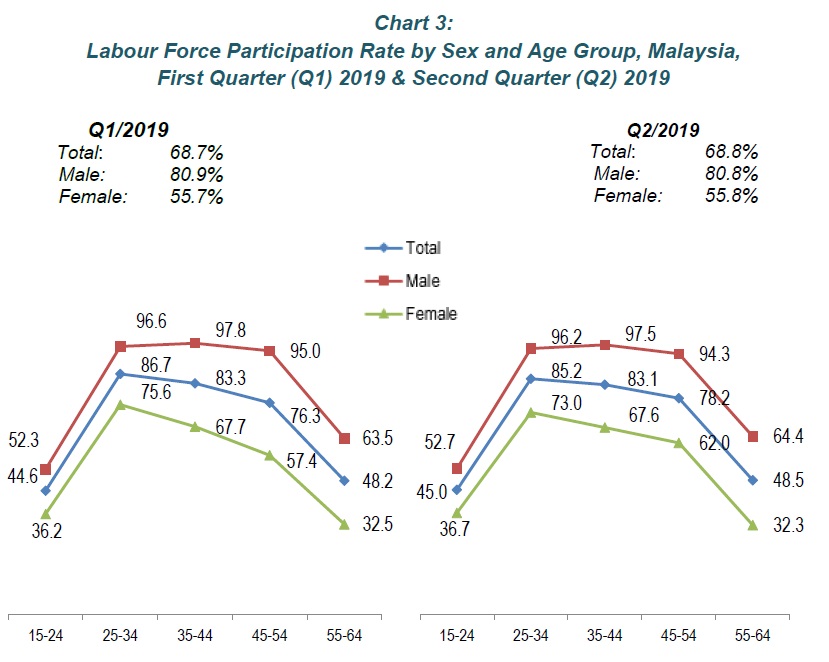 Female represented 39.1 per cent of the labour force 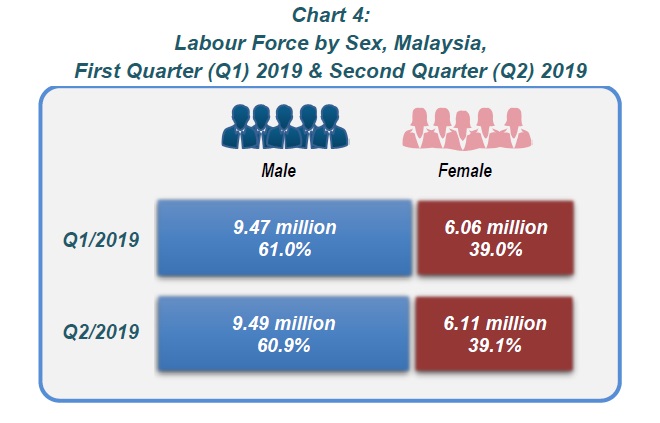