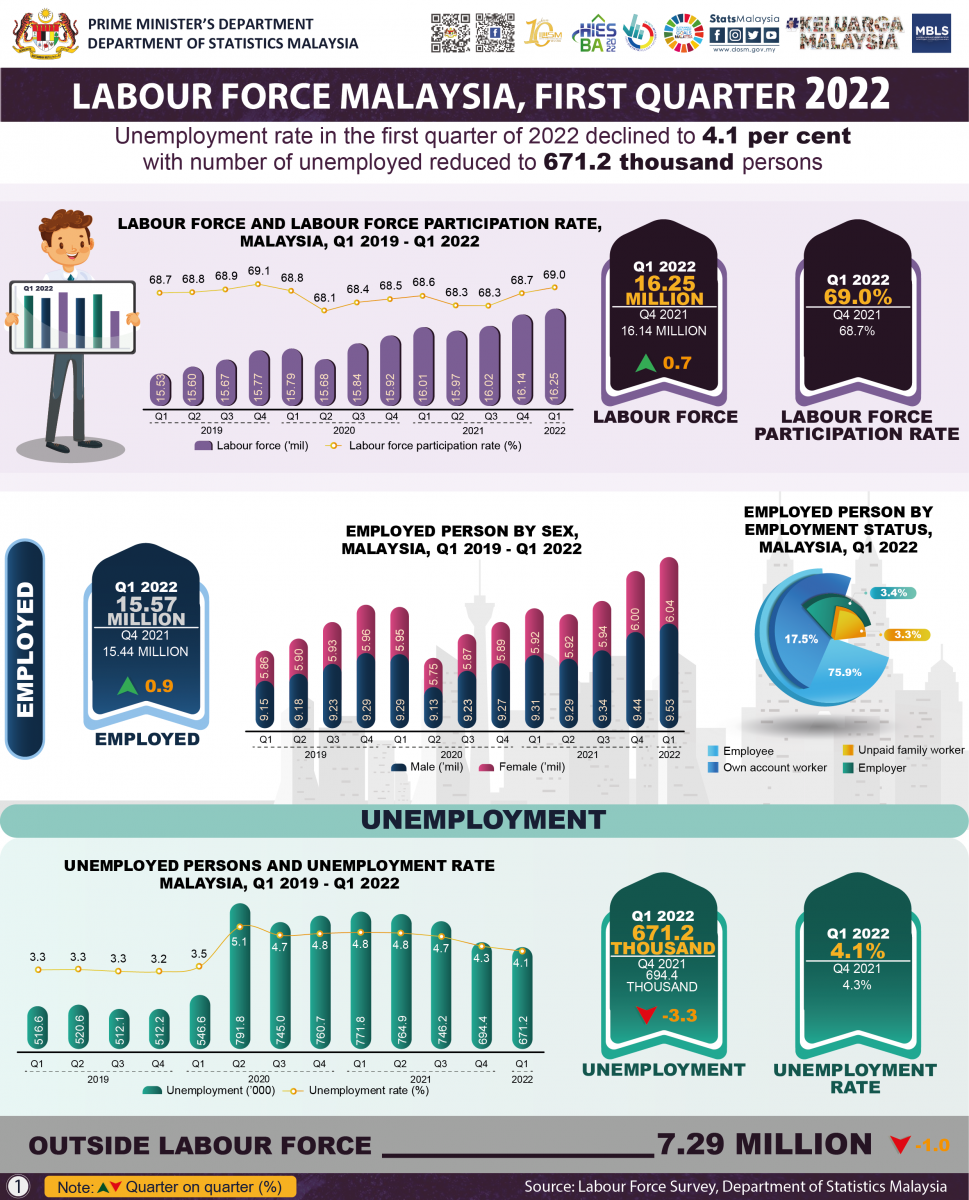 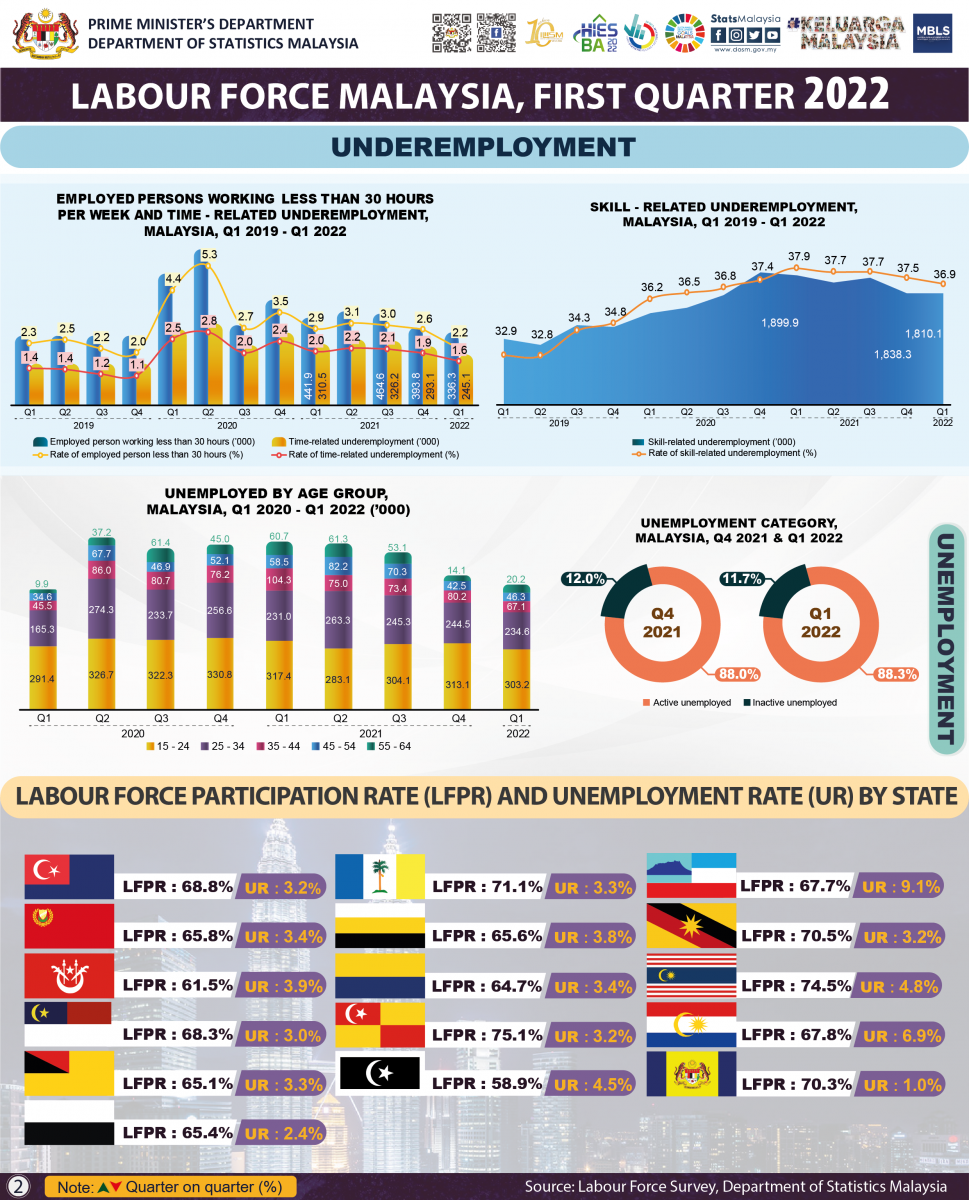 All states have been in Phase 4 of the National Recovery Plan (NRP) since 3rd January 2022. During this phase most restriction has been relaxed. Large event and social gatherings can resume subject to capacity constraints and business will be permitted to operate at maximum capacity according to the standard operating procedures (SOPs).

It was observed that the number of new COVID-19 cases daily rose in the middle of the quarter due to the Omicron wave with an average of 24,000 cases daily. However, the death reported cases decreased as a consequence of National COVID-19 Immunisation Programme (NIP).

This condition signifies a critical shift towards “new norm” for the country's economic activities to be sustained. This circumstances had caused towards an increasing trend in the labour demand that contributed in the positive growth of employed persons and brought down the number of unemployed persons for the first quarter.

LFPR INCREASED TO 69.0 PER CENT, THE HIGHEST RECORDED SINCE FIRST QUARTER 2020 BUT REMAINED BELOW ITS PRE-PANDEMIC RATIO

The employment-to-population ratio which indicates the ability of an economy to create employment recorded an increase of 0.5 percentage points to 66.2 per cent (Q4 2021: 65.7%). Meanwhile, the number of outside labour force declined by71.6 thousand persons to record 7.29 million persons (Q4 2021: 7.36 million persons).  [Exhibit 1] 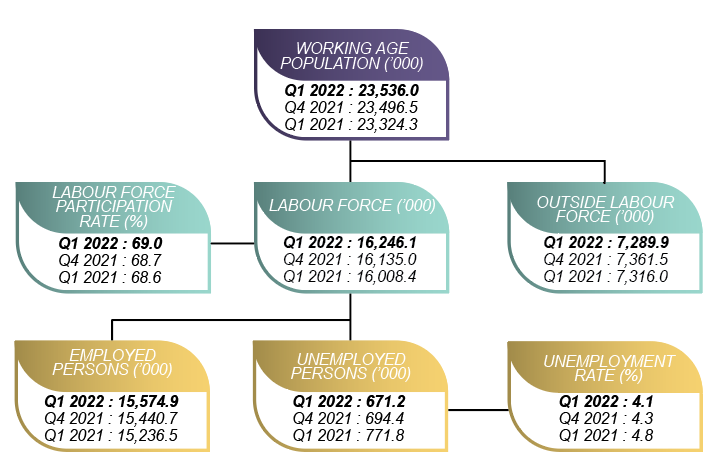 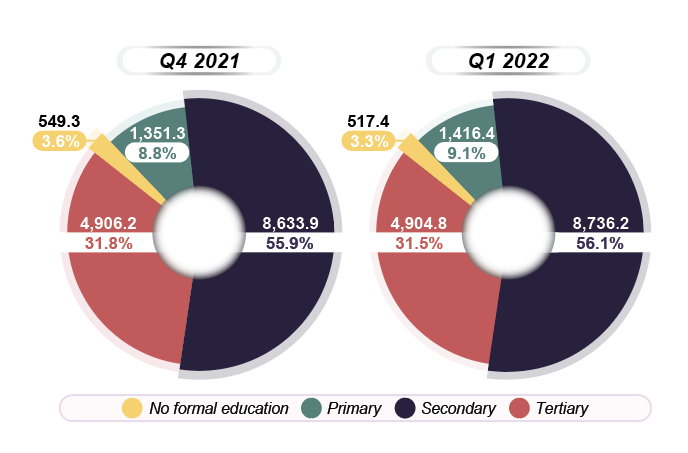 UNEMPLOYMENT RATE DECREASED TO 4.1 PER CENT IN THE FIRST QUARTER OF 2022 FEMALE MADE UP THE LARGEST COMPOSITION OF OUTSIDE LABOUR FORCE 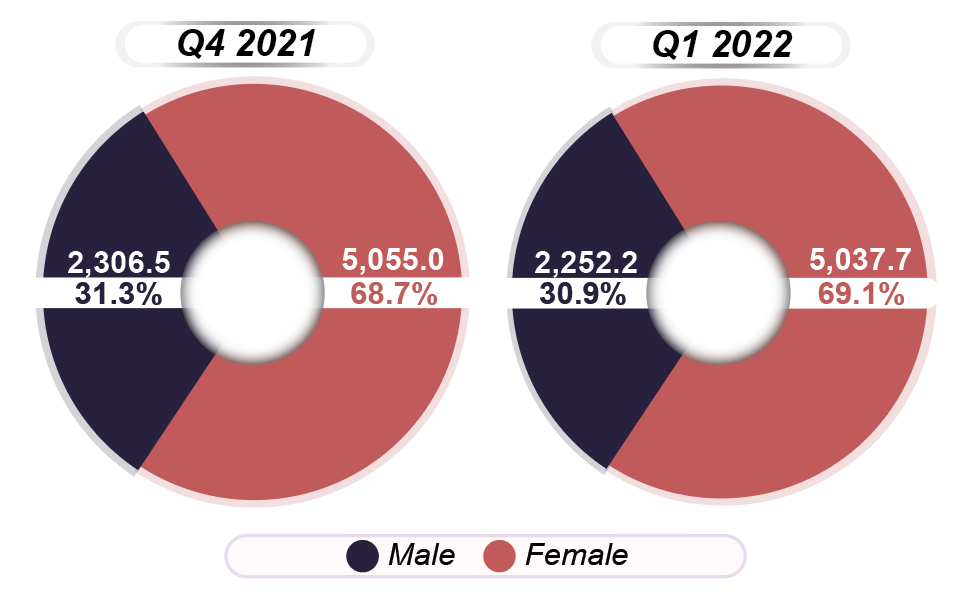 The full publication of the Labour Force Survey Report, Malaysia, First Quarter 2022 can be downloaded through eStatistik Portal.

For more detail, please refer to the Department's Portal: www.dosm.gov.my.

The First Quarter data is provisional and subject to revision in later issues.