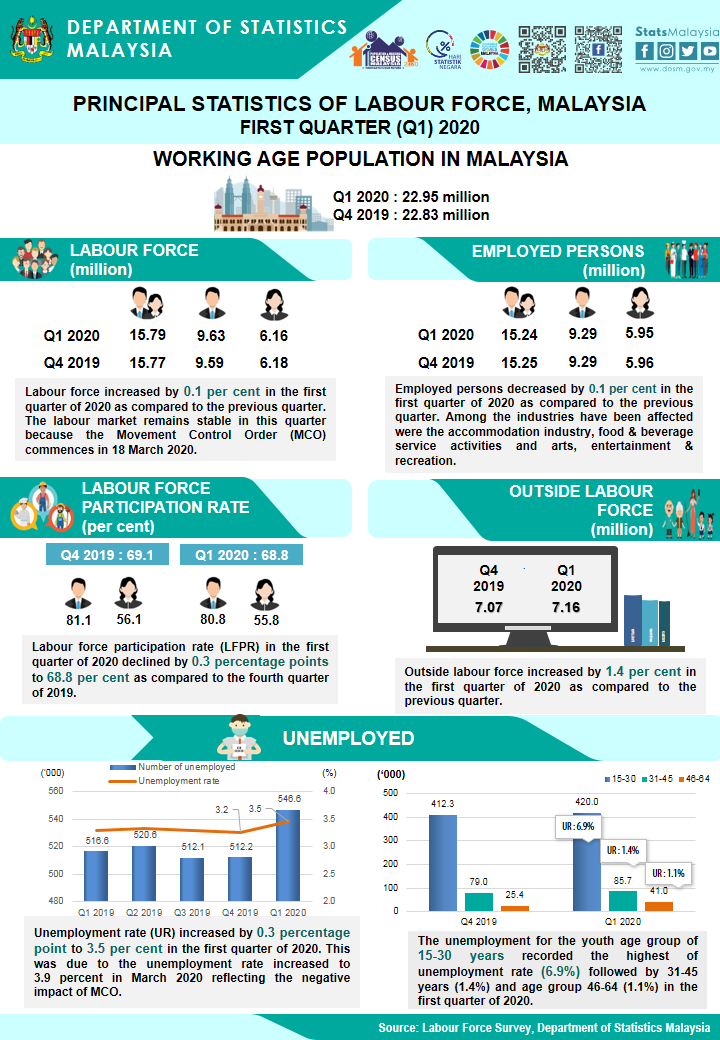 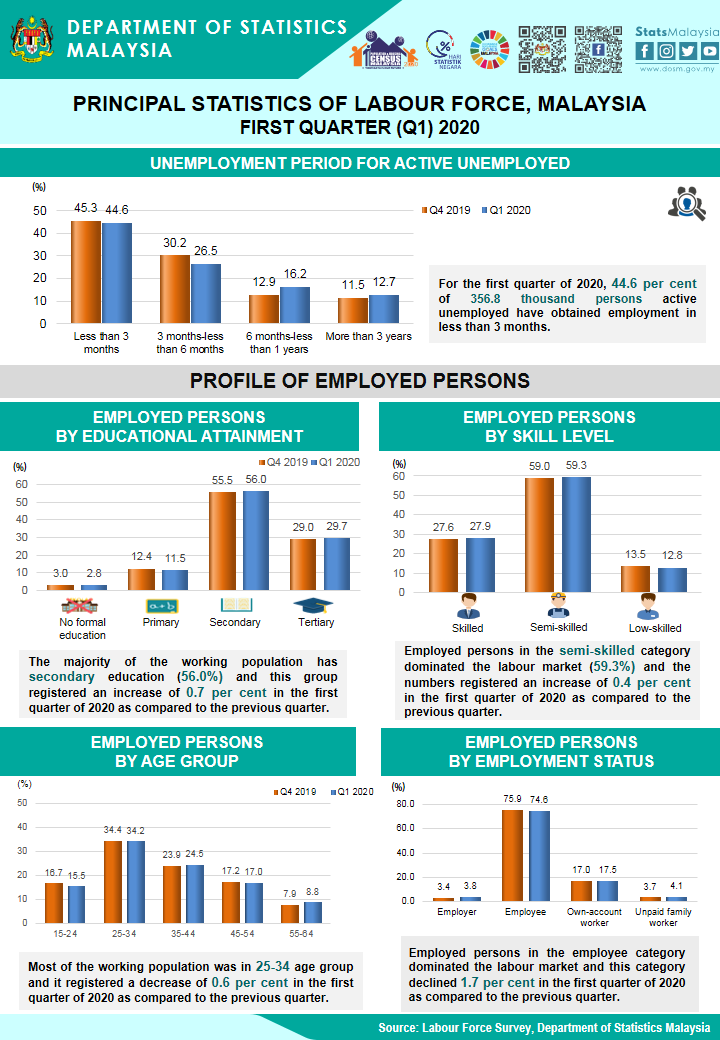 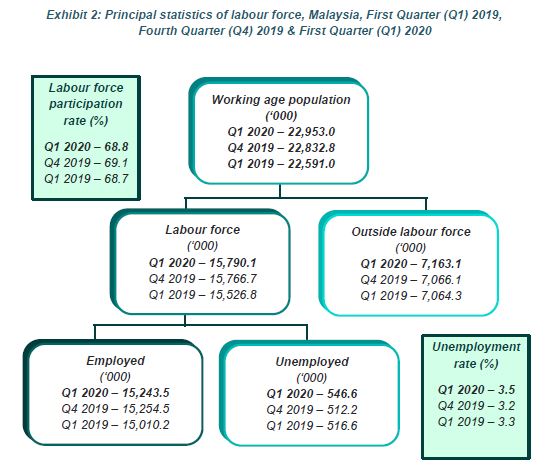 The highest unemployment rate (3.5%) since second quarter of 2017

The number of unemployed was estimated at 546.6 thousand persons, increased 5.8 per cent as compared to the same quarter last year. The increase in the unemployment rate can be attributed to the negative impacts caused by the MCO. (Exhibit 2) 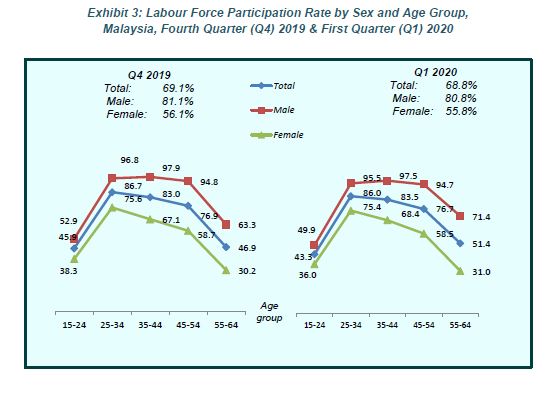 Female represented 39.0 per cent of the labour force 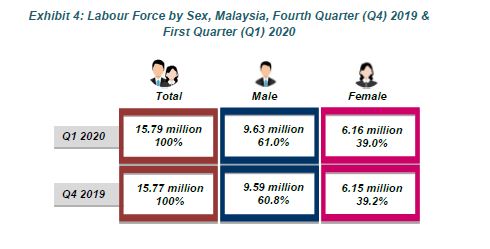