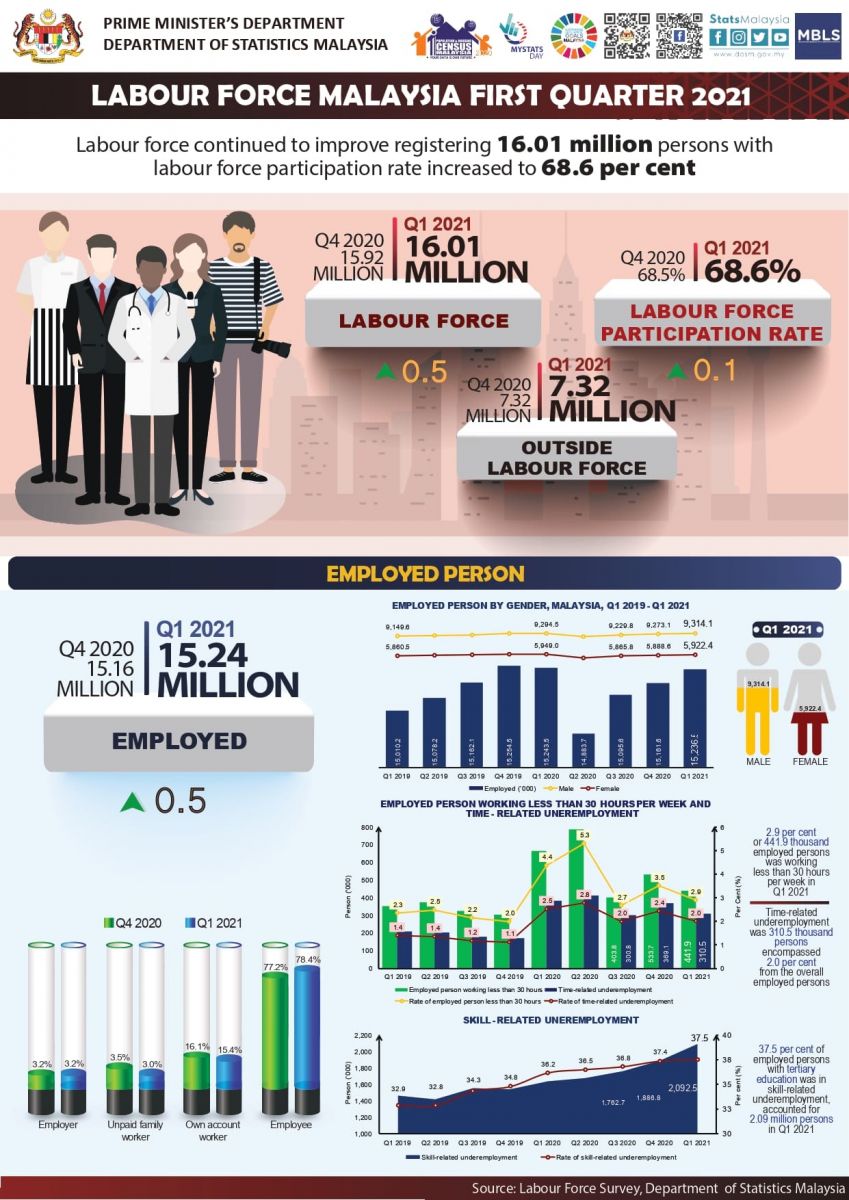 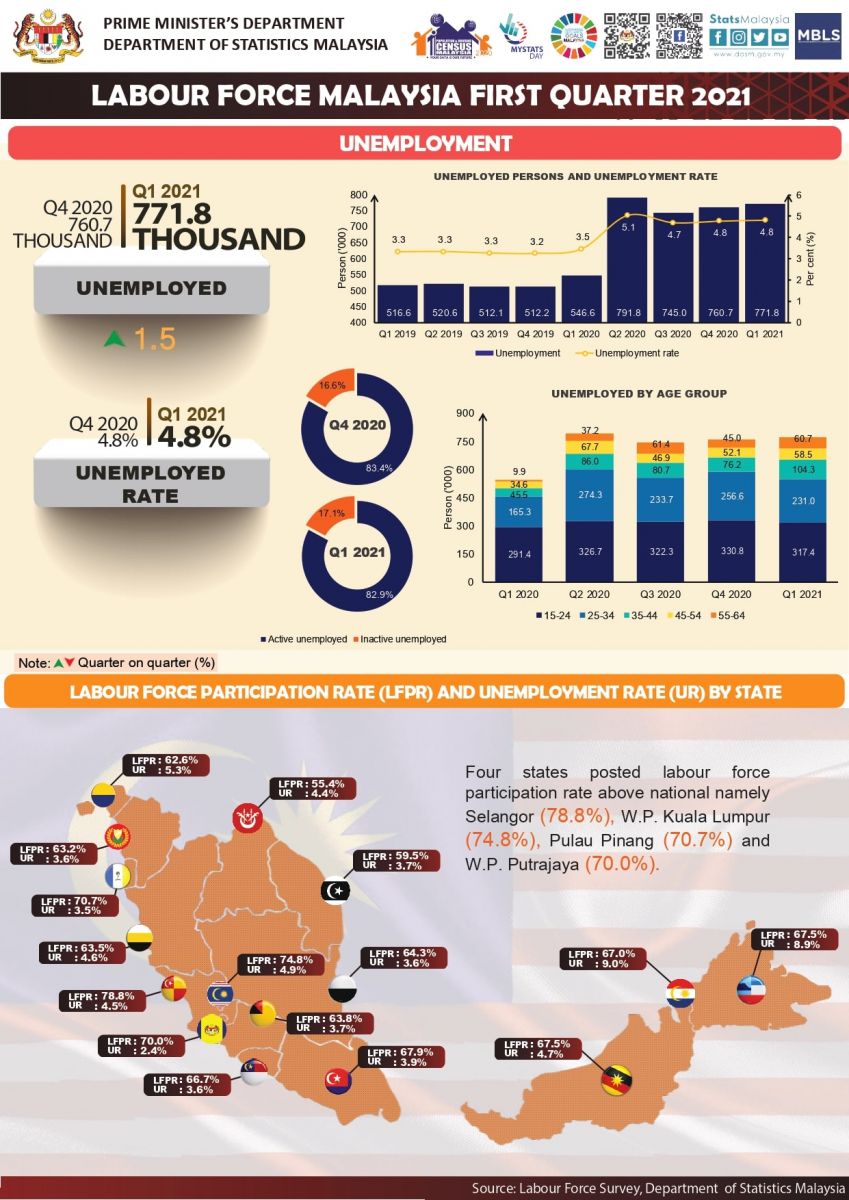 Entering the first quarter of 2021, Movement Control Order (MCO) 2.0 was imposed in most states in Malaysia due to resurgence of COVID-19 daily new cases. During this phase, essential businesses were allowed to operate with strict operating procedures whereas non-essential businesses were temporarily closed while interstate and inter-district were restricted. However, towards the end of first quarter 2021, most states were in Recovery MCO while several others were in Conditional MCO with most of the economic activities continued to operate in compliance of strict standard operating procedures (SOPs). Through the transition of MCO stages and implementation of COVID-19 vaccination programme, more economic activities were allowed, translating into labour force recovery during the quarter.

The Labour Force Report for First Quarter 2021 presents statistics of labour force based on the Labour Force Survey conducted by DOSM. The survey is carried out using probability sampling through household approach which covers of Malaysian citizens and non-citizens to collect data on the structure of labour force, employment and unemployment. The principal statistics are presented according to selected demographic and socioeconomic characteristics such as sex, age group, educational attainment, status of employment, occupation and state.  For the first time, DOSM has released the labour force statistics by state on quarterly basis to provide more insight of the labour supply situation for each state.

Gradual increase in LFPR by 0.1 percentage point to 68.6 per cent

The employment-to-population ratio which indicates the ability of an economy to create employment went up to record 65.3 per cent (Q4 2020: 65.2%). Whilst outside labour force registered a decrease of 2.3 thousand persons to 7.32 million persons as against previous quarter. [Exhibit 1] 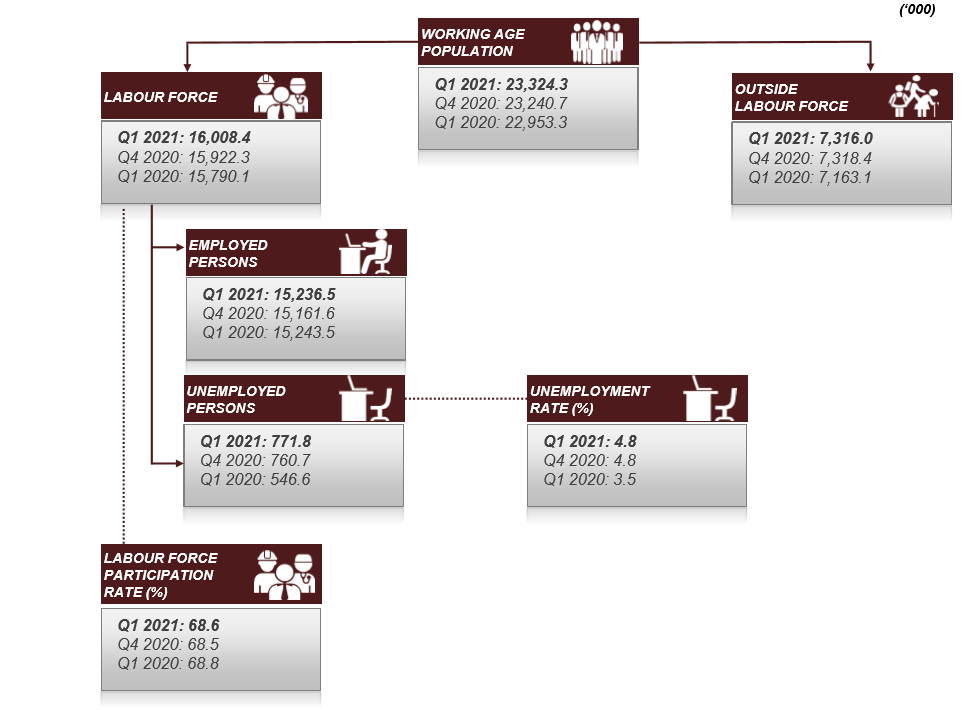 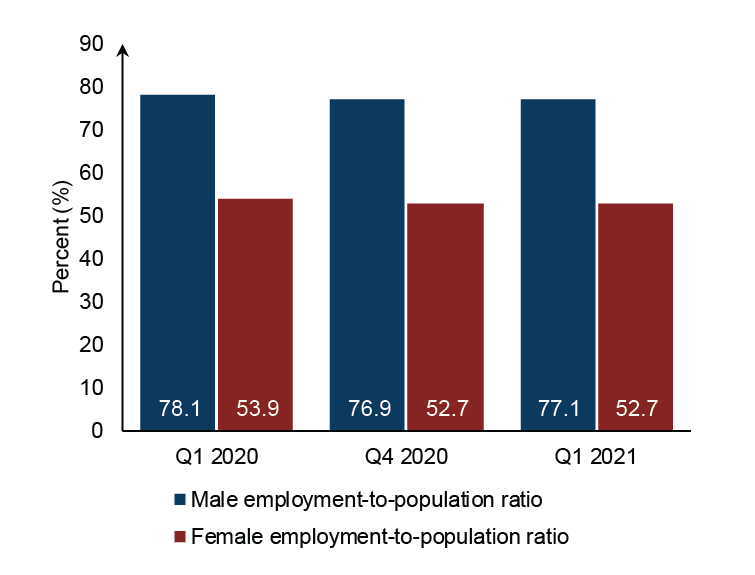 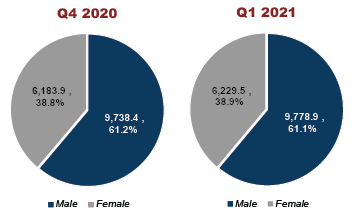 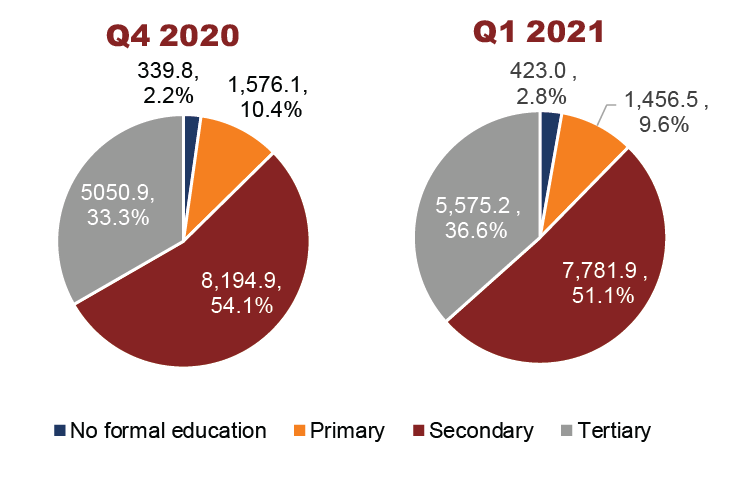 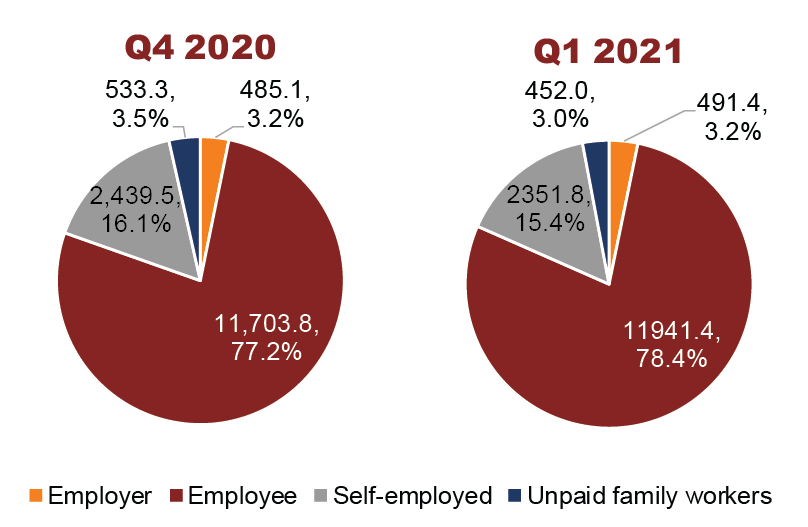 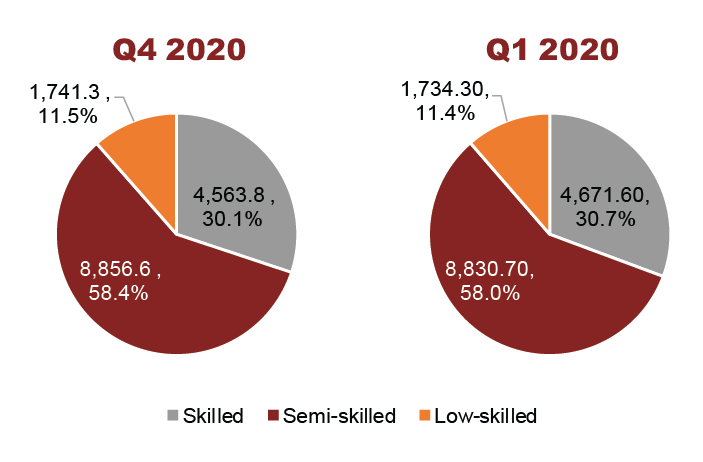 As observed for the time series of Q1 2020 to Q4 2020, the percentage share of those working less than 30 hours per week to the total employed persons was within the range of 2.7 per cent to 5.3 per cent during the year of 2020. Since Q3 2020, the share showed a volatile trend with Q1 2021 posted a share of 2.9 per cent. This reflecting of uncertainty situation following various phases of MCO during the period. [Chart 7]

During the first quarter of 2021, time-related underemployment decreased to 310.5 thousand persons from 369.1 thousand persons recorded in fourth quarter of 2020. Out of the total employed person, time-related underemployment encompassed 2.0 per cent, went down by 0.4 percentage points as against previous quarter (Q4 2020: 2.4%). The reduction was due to the resumption of nearly all economic activities in compliance of strict standard operating procedures following the implementation of Recovery MCO in most states in March 2021. [Chart 8]

Schooling/training was the largest share of outside labour force

Four states posted LFPR above national namely Selangor (78.8%), WP Kuala Lumpur (74.8%), Pulau Pinang (70.7%) and W.P. Putrajaya (70.0%). On the contrary, among the lowest LFPR recorded by Perlis (62.6%), Terengganu (59.5%) and Kelantan (55.4%). In the meantime, it was observed that ten states (including three Federal Territories) recorded increases in LFPR during the quarter except for Johor, Kelantan, Pulau Pinang, Perak, Perlis and Selangor. [Chart 12] 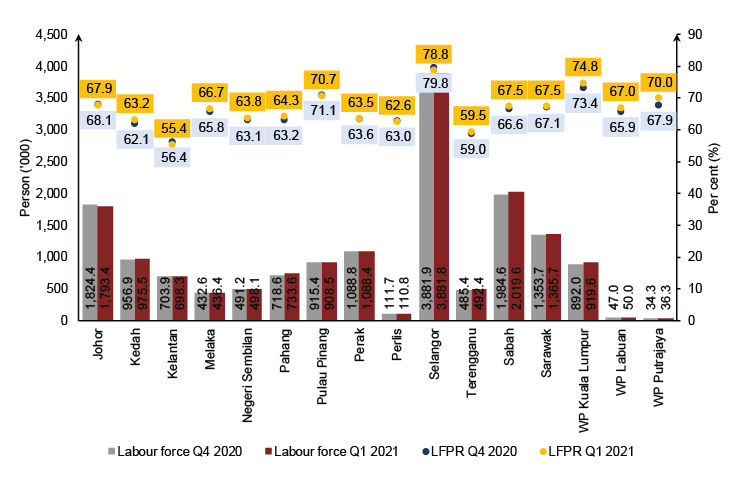 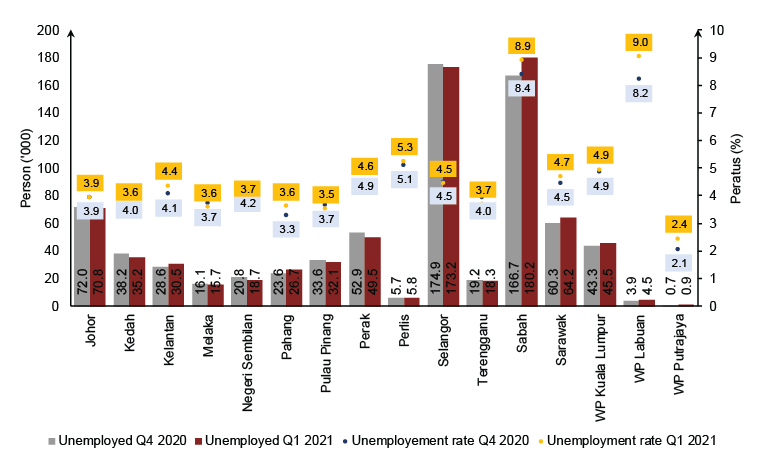 The detailed information and technical notes are published in the Labour Force Survey Report, Malaysia, First Quarter 2021. This report is accessible and downloadable free of charge through the eStatistik application in DOSM web page, www.dosm.gov.my.