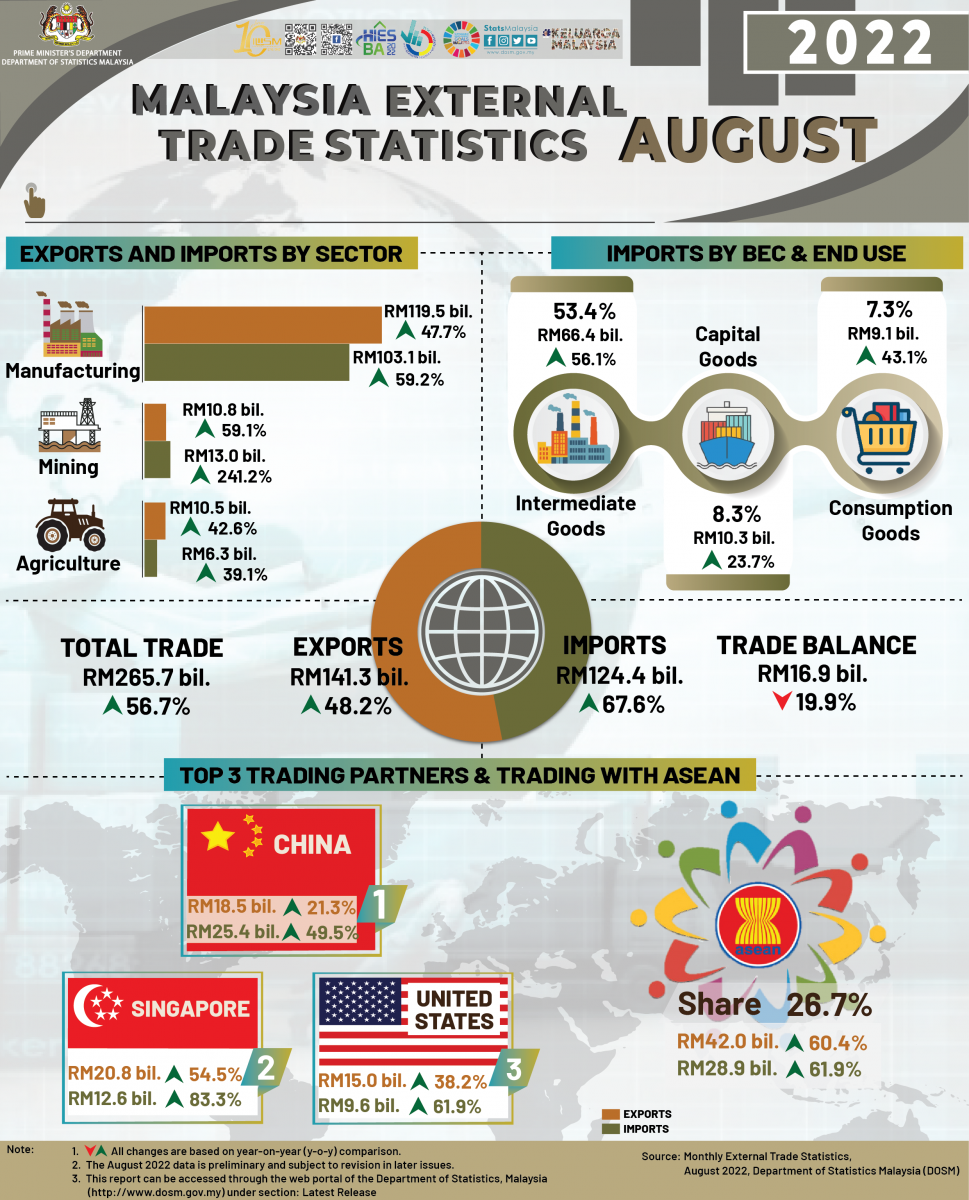 Malaysia’s exports was recorded at RM141.3 billion, increased by 48.2 per cent as compared to August 2021. This increase was driven by both domestic exports and re-exports. Re-exports noted a significant increase of 112.5 per cent y-o-y to RM34.9 billion, representing 24.7 per cent to total exports. On the same note, domestic exports stood at RM106.5 billion and contributed 75.3 per cent to total exports, grew by 34.8 per cent. Meanwhile, for monthly comparison, exports grew by 5.4 per cent or RM7.3 billion. Analysis of the seasonally adjusted terms month-on-month (m-o-m), exports increased by 12.4 per cent or RM16.2 billion to RM147.4 billion.

1. The August 2022  data is preliminary and subject to revision in later issues.
2. This report can be accessed through the web portal of the Department of Statistics, Malaysia (https://www.dosm.gov.my) under section: Latest Release.