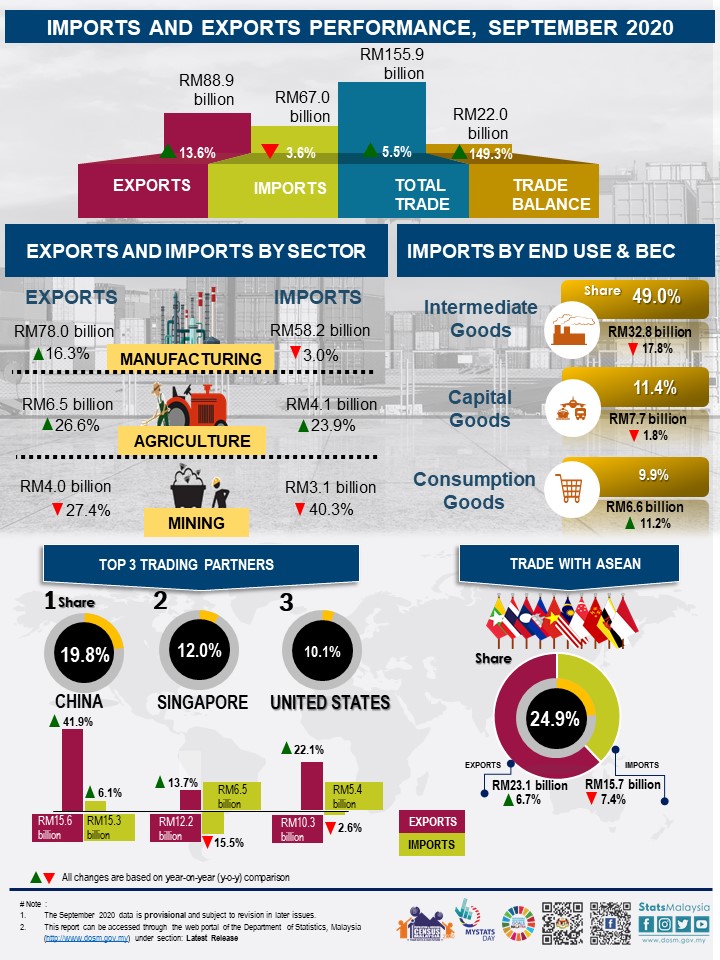 Malaysia’s exports in September 2020, amounted to RM88.9 billion rebounded to register a double-digit growth of 13.6 per cent compared with same month in 2019. Imports continued to register a negative growth with a smaller magnitude of 3.6 per cent from RM69.4 billion to RM67.0 billion. Trade surplus was valued at RM22.0 billion and this was the second highest monthly trade surplus after July 2020 with a growth of 149.3 per cent year-on-year (y-o-y). Total trade totalled RM155.9 billion, expanded by 5.5 per cent. 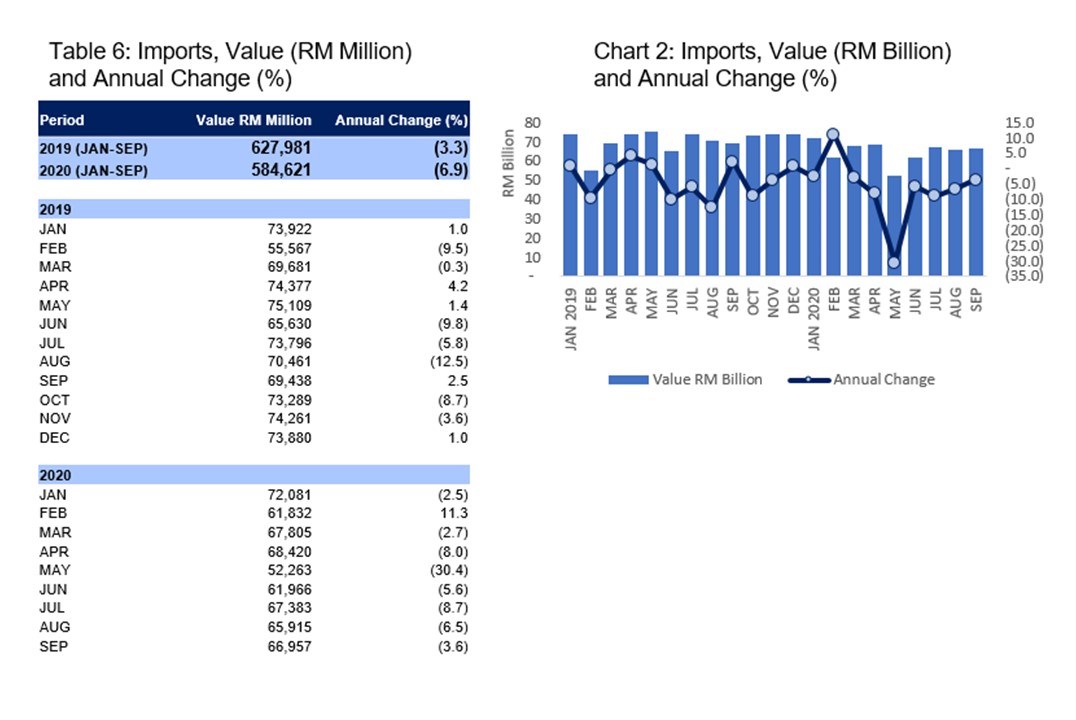 1. The September 2020  data is provisional and subject to revision in later issues.
2. This report can be accessed through the web portal of the Department of Statistics, Malaysia (https://www.dosm.gov.my) under section: Latest Release.