Exports to Country of Destination

The two major destinations for Malaysia’s exports in April 2020 were China and Singapore.

Exports to China which was valued at RM12.1 billion increased RM488.1 million (+4.2%). The main products that attributed to the increment were:

In April 2020, exports to Singapore amounted RM10.1 billion, declined RM2.0 billion or 16.3% as compared to the previous year. The main products which attributed to the decrease were:

However, exports of refined petroleum products increased RM375.1 million or 22.1% to RM2.1 billion. 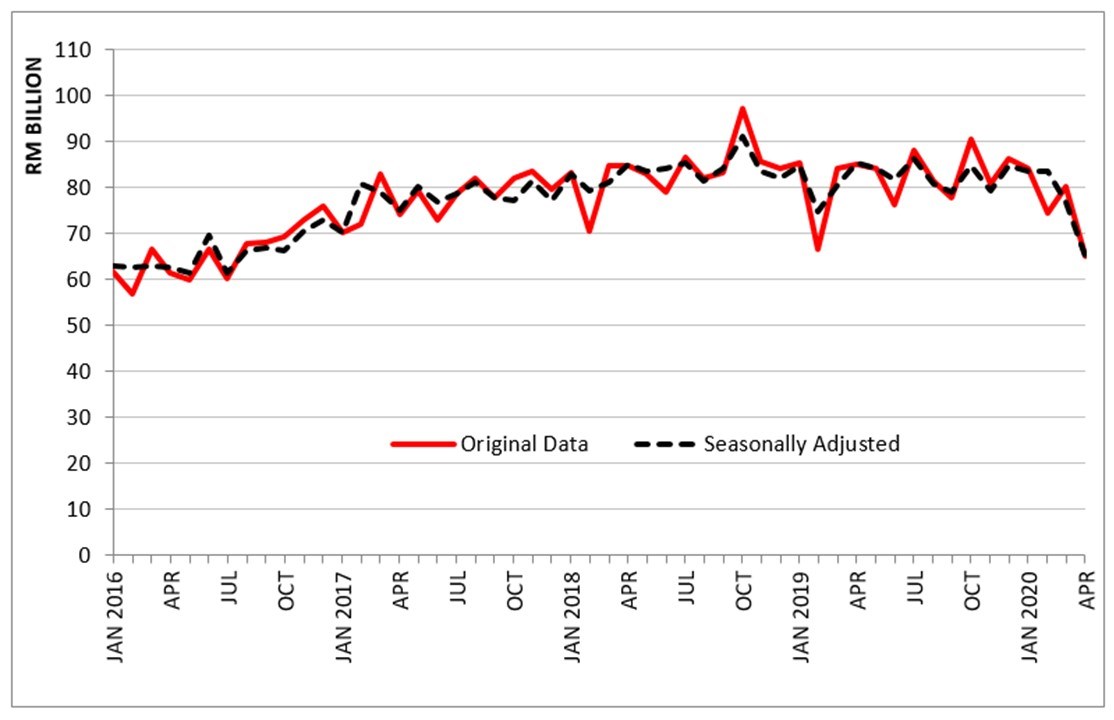 On a y-o-y basis, imports declined RM5.9 billion or 8.0% to RM68.4 billion. The decrease in imports by end use was contributed by intermediate goods and consumption goods.

Imports of capital goods which accounted for 21.9% of total imports, recorded an increase of RM6.1 billion (+68.9%) to RM15.0 billion. Capital goods (except transport equipment) increased by RM7.6 billion (+93.5%) to RM15.7 billion. While retained imports of transport equipment, industrial was valued at - RM743.5 million due to re-exports of this good exceeded imports.

On a m-o-m basis, imports increased RM615.4 million or 0.9% from RM67.8 billion. The increase in imports by end use was attributed to increases in capital goods.

Imports by Country of Origin

The two main sources of Malaysia’s import in April 2020 were China and Republic of Korea.

Imports from China which was valued at RM14.2 billion declined RM901.1 million  (-6.0%) when compared to April 2019. The main products which contributed to the decline were:

Imports from Republic of Korea which registered RM13.0 billion recorded an increase of RM9.9 billion or 323.9% from a year ago. The increment was attributed to the import of floating structures which was valued at RM10.1 billion. 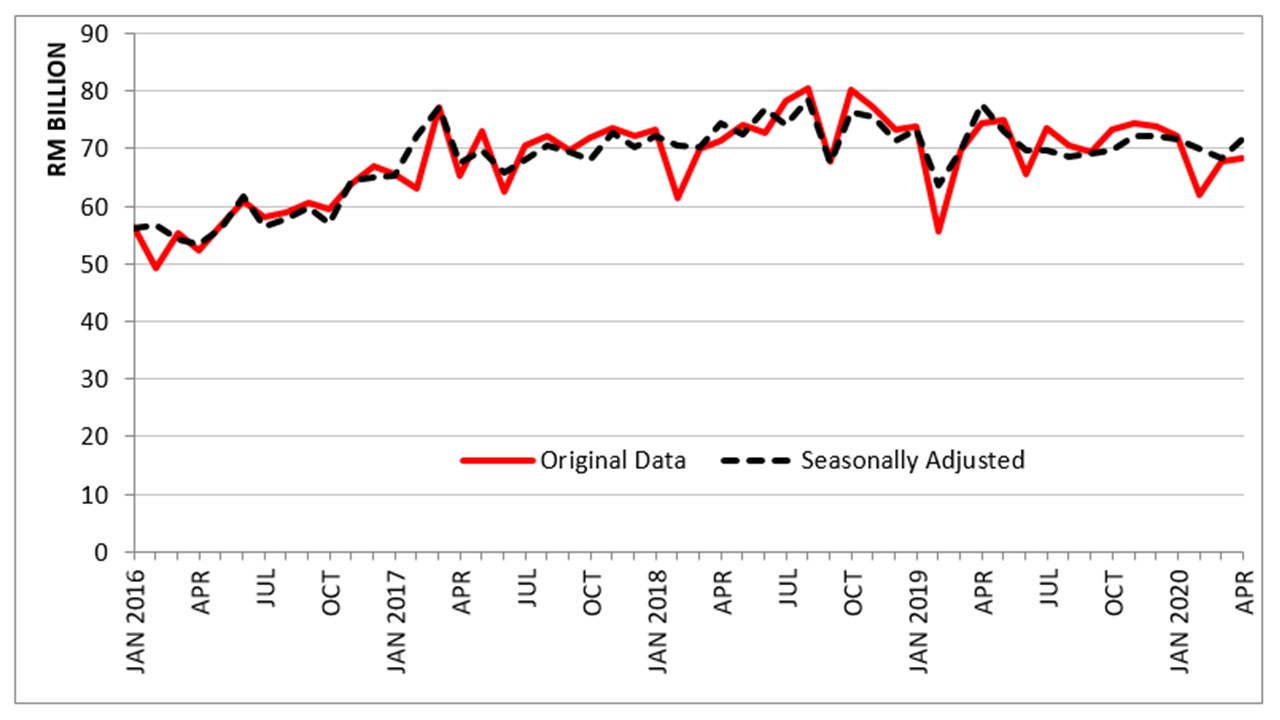 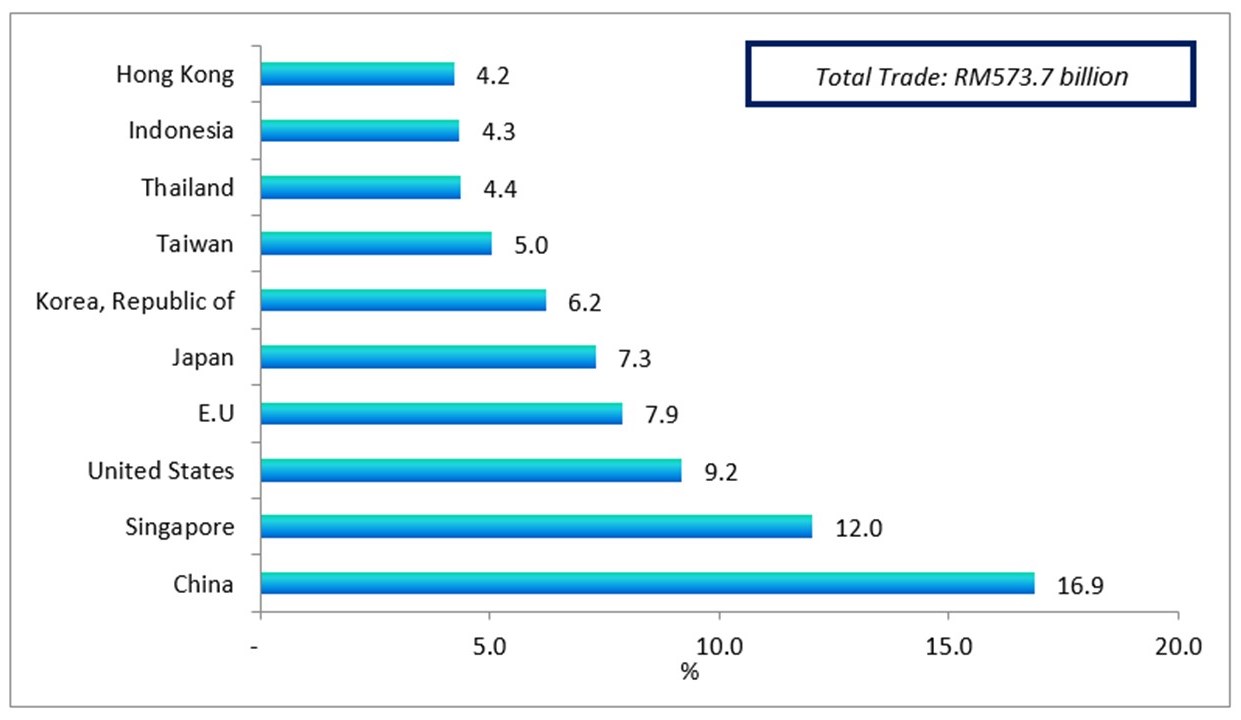 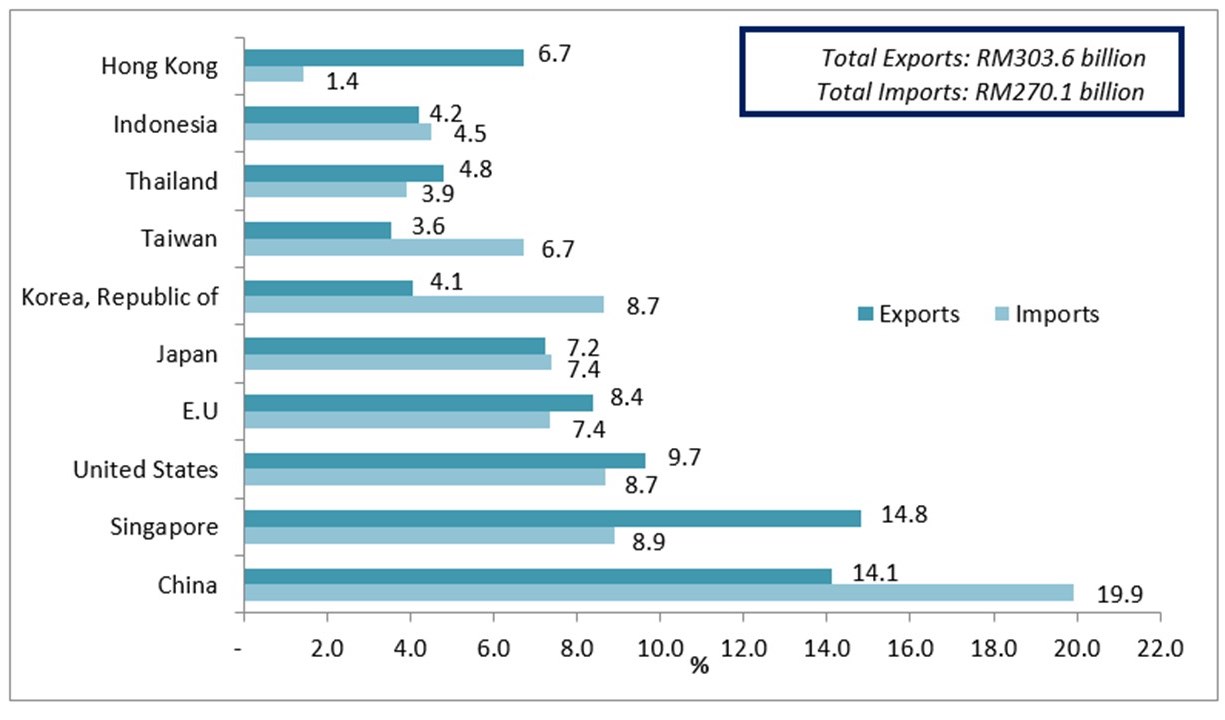 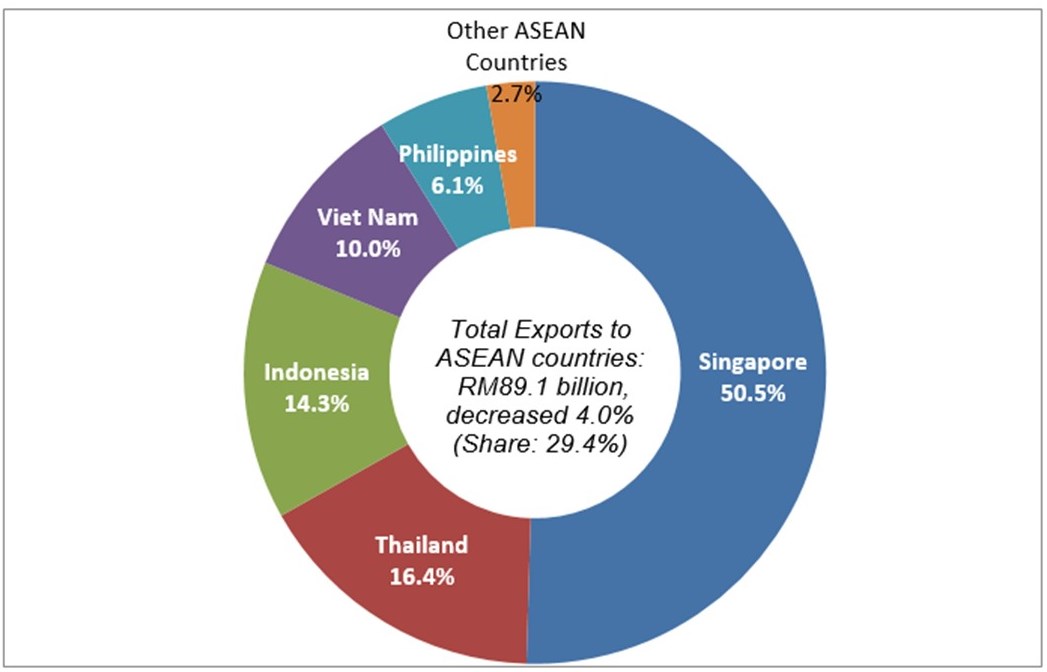 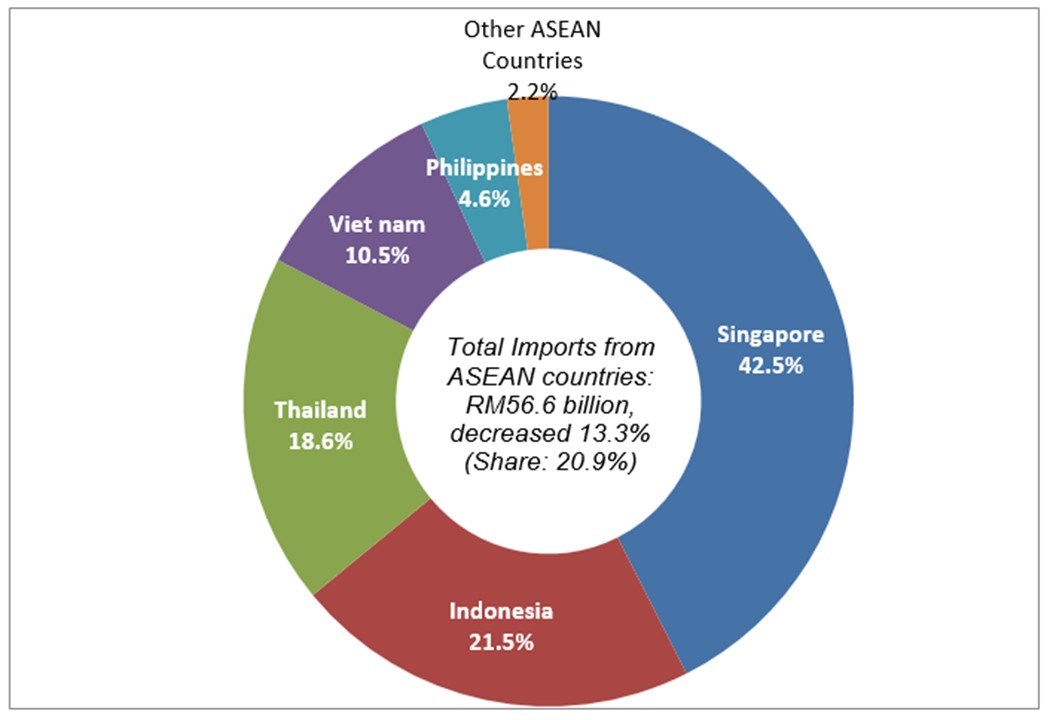 1. The April 2020  data is provisional and subject to revision in later issues.
2. This report can be accessed through the web portal of the Department of Statistics, Malaysia (https://www.dosm.gov.my) under section: Latest Release.