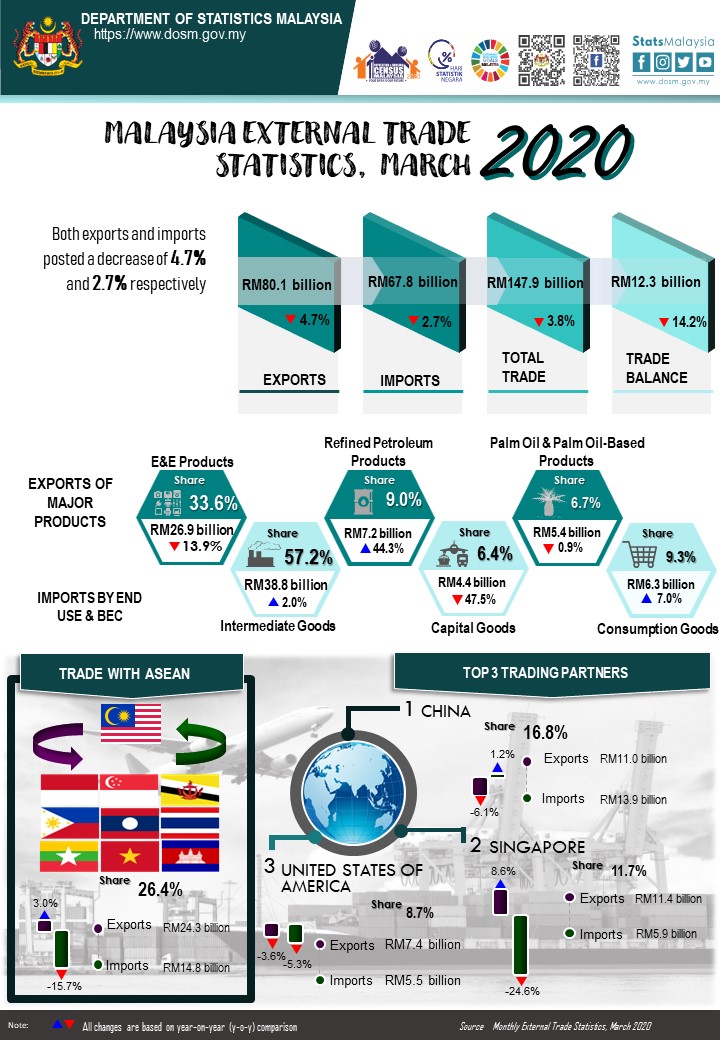 On a y-o-y basis, exports decreased 4.7% to RM80.1 billion. The main products which attributed to the decline were:

However, exports of refined petroleum products recorded an increase of RM2.2 billion or 44.3% to RM7.2 billion due to the growth in export volume (+60.4%) even though the average unit value decreased 10.0%.

However, declines were recorded for the following products:

Exports to Country of Destination

Two major destinations for Malaysia’s exports in March 2020 were Singapore and China.

Exports to Singapore amounted RM11.4 billion, increased RM897.0 million or 8.6% as compared to the previous year. The main product which attributed to the increment was refined petroleum products, which contributed 22.0% of total exports rose RM1.5 billion (+155.7%) to RM2.5 billion. However, exports of E&E products declined RM249.6 million or 5.4% to RM4.4 billion.

Exports to China which was valued at RM11.0 billion declined RM713.0 million (-6.1%). The main products that attributed to the decrease was E&E products, which contributed 32.5% of total exports fell RM1.3 billion (-27.4%) to RM3.6 billion. However, exports of refined petroleum products increased RM451.3 million to RM519.1 million.

On a m-o-m basis, imports increased RM5.9 billion or 9.6% from RM61.8 billion. The increase in imports by end use was attributed to increases in consumption goods and intermediate goods as follows:

Imports by Country of Origin

Two main sources of Malaysia’s import in March 2020 were China and Singapore.

Imports from Singapore which was valued at RM5.9 billion, declined RM1.9 billion or 24.6% from a year ago. The main products which attributed to the drop were: 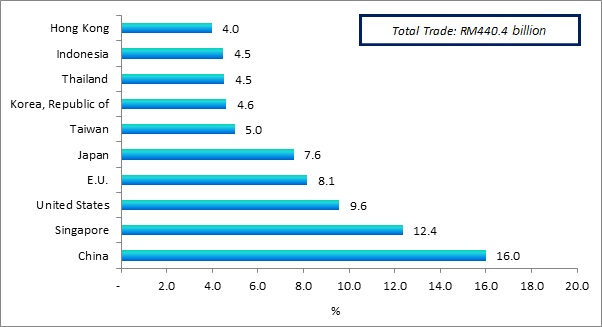 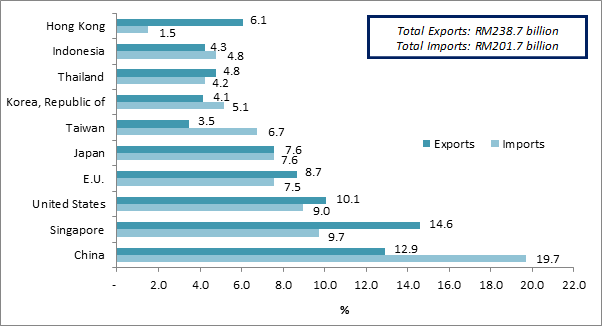 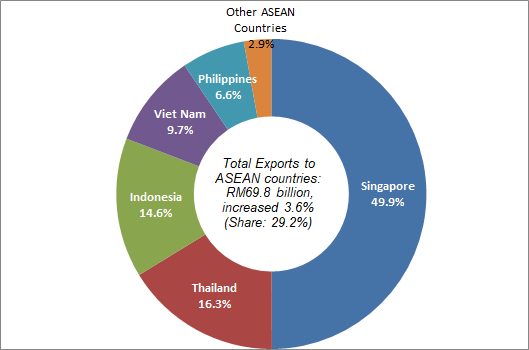 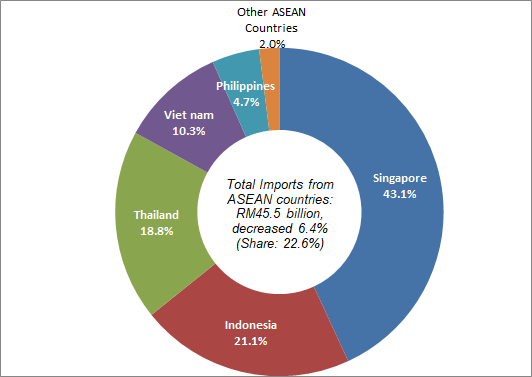 1. The March 2020  data is provisional and subject to revision in later issues.
2. This report can be accessed through the web portal of the Department of Statistics, Malaysia (https://www.dosm.gov.my) under section: Latest Release.