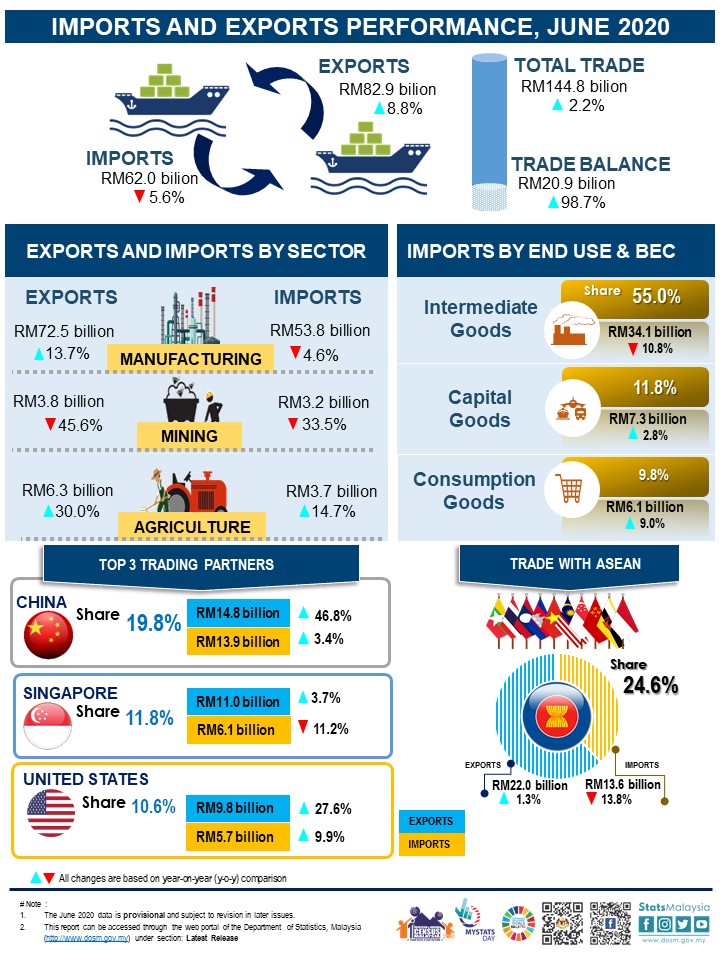 Trade surplus widened by 98.7 per cent to RM20.9 billion, the largest trade surplus ever recoded thus far. It also increased by 101.1 per cent from RM10.4 billion when compared to the previous month. 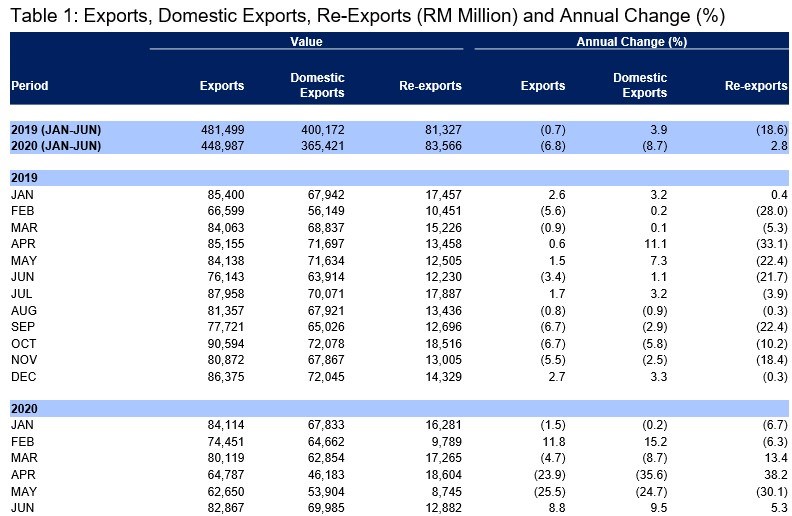 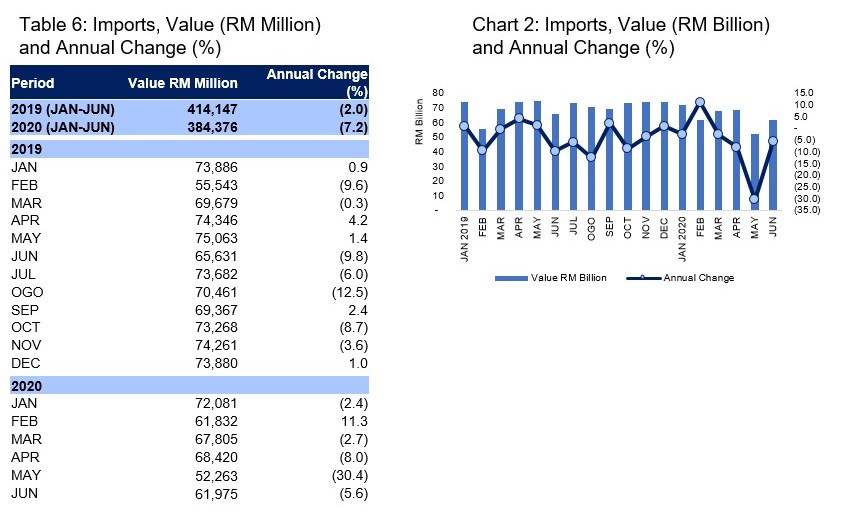 1. The Jun 2020  data is provisional and subject to revision in later issues.
2. This report can be accessed through the web portal of the Department of Statistics, Malaysia (https://www.dosm.gov.my) under section: Latest Release.