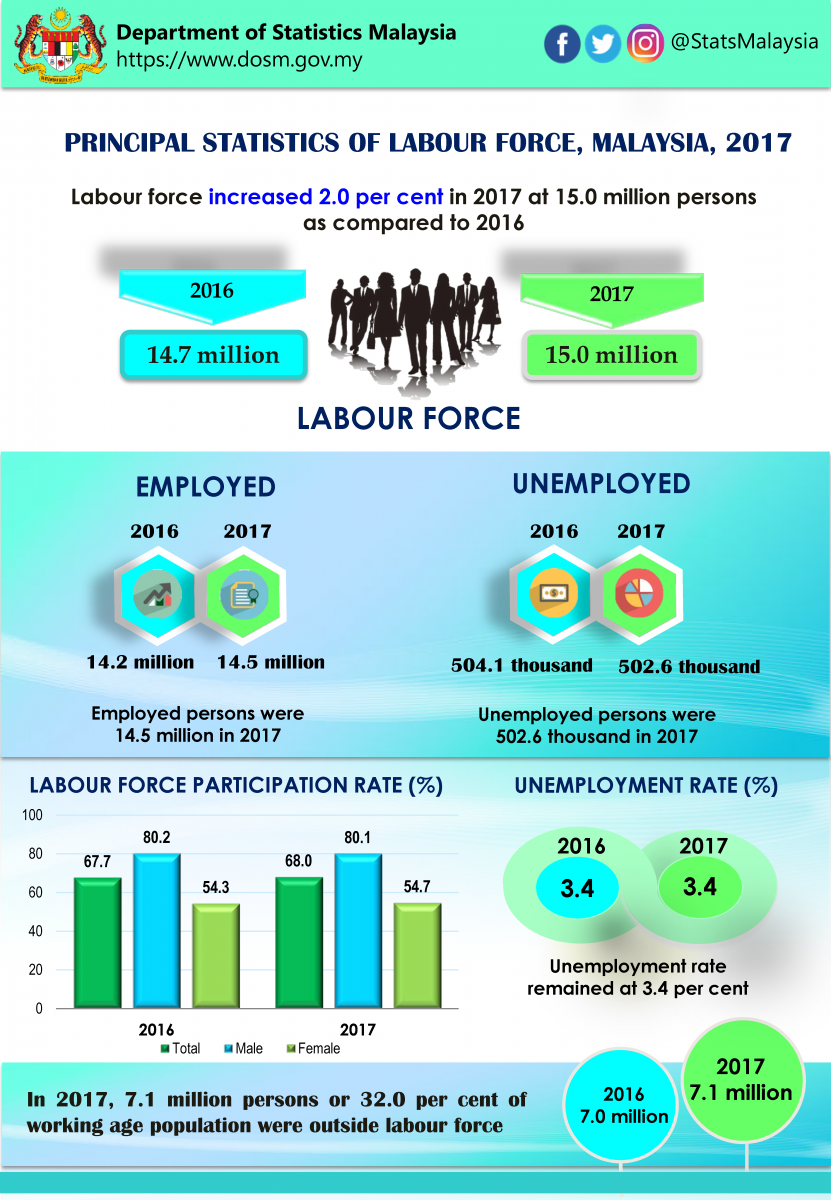 Labour Force Survey (LFS) is conducted by Department of Statistics, Malaysia (DOSM) every month through household approach to obtain data on the structure of labour force, employment and unemployment. This survey covers citizens and non-citizens in urban and rural areas for the whole of Malaysia.

The Labour Force Survey Report is an annual publication which presents the principal statistics of the labour force for population in the working age of 15 to 64 years old by selected demographic and socioeconomic characteristics such as sex, age group, educational attainment, occupation and industry.

Labour force participation rate (LFPR) in 2017 increased 0.3 percentage points to 68.0 per cent as compared to 67.7 per cent in 2016. Hence, the remaining 32.0 per cent of the working age population were outside labour force. Meanwhile, the unemployment rate in 2017 remained at 3.4 per cent. This shows that the country's  economy  is  still  operating  in  full  employment that is unemployment rate below 4.0 per cent1. 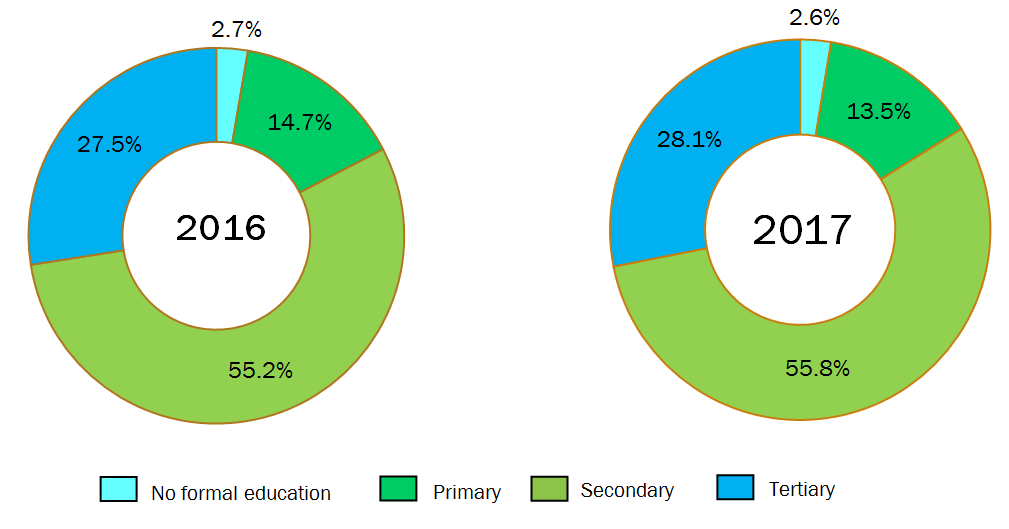 Chart 2: Active unemployed persons by duration of unemployed, Malaysia, 2016 and 2017

Table 1: Population outside labour force by reasons for not seeking work, Malaysia, 2016 and 2017 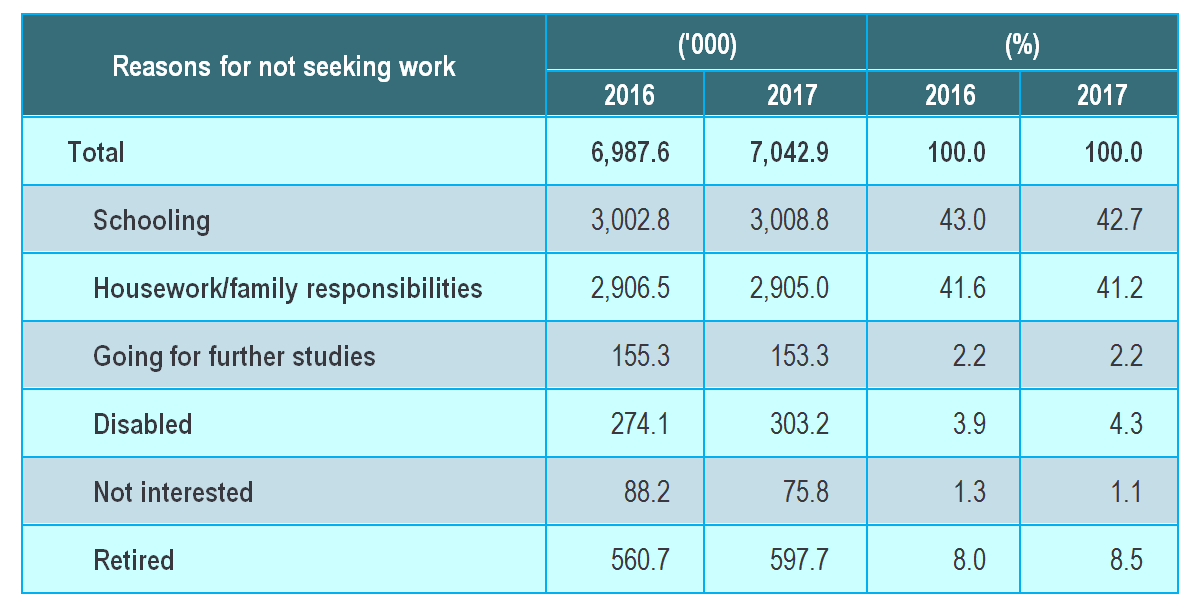 The detailed information and technical notes are published in the Labour Force Survey Report, Malaysia, 2017. This report is accessible and downloadable free of charge through the eStatistik application in DOSM web page, www.dosm.gov.my.