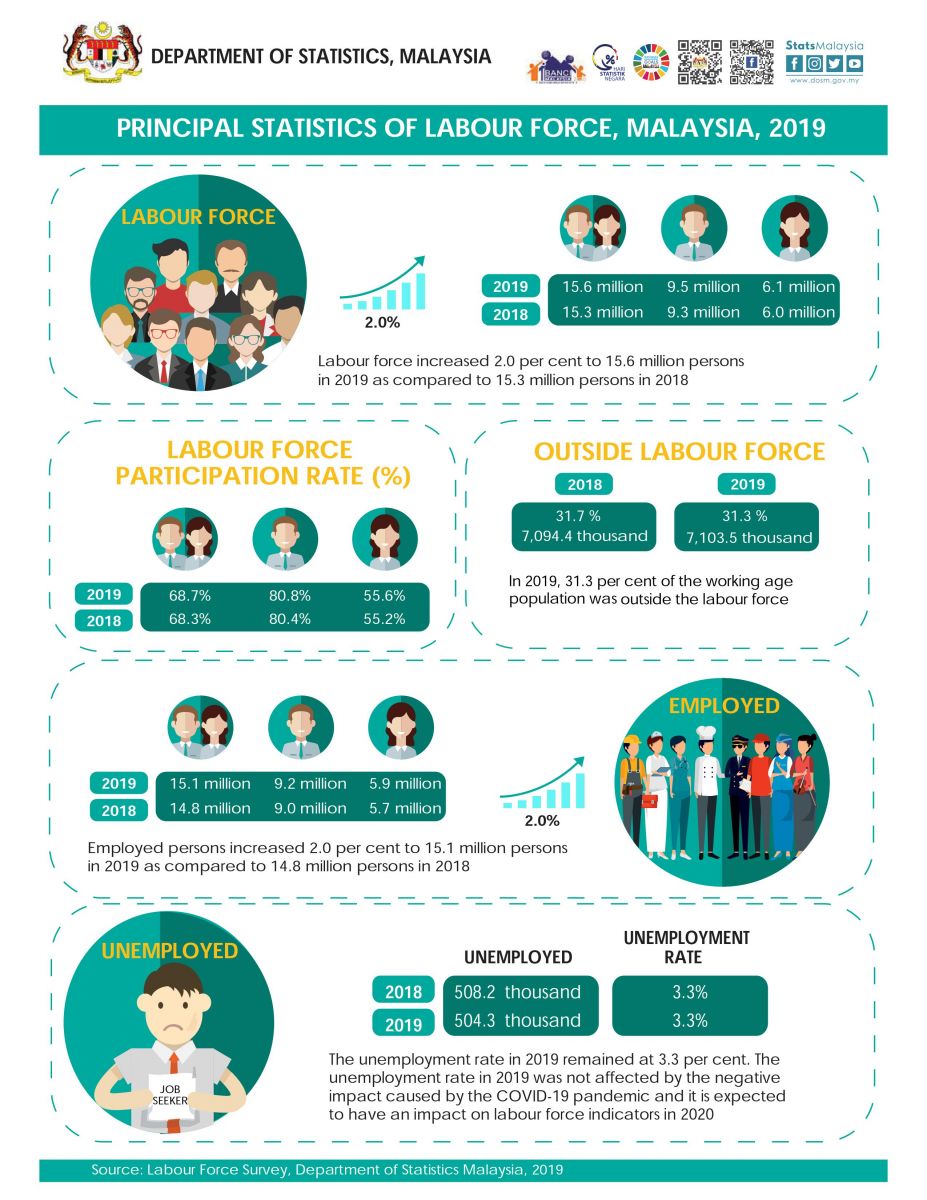 Labour force participation rate (LFPR) in 2019 increased 0.4 percentage points to 68.7 per cent as compared to 68.3 per cent in 2018. Hence, the remaining 31.3 per cent of the working age population was outside the labour force. The unemployment rate remained at 3.3 per cent in 2019.

Table 1: Active unemployed persons by duration of unemployed, Malaysia, 2018 and 2019 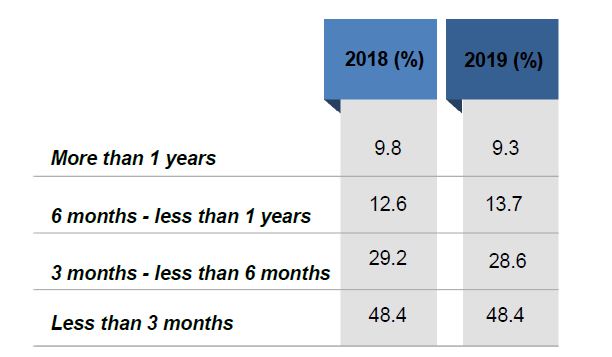 A majority of those outside labour force were housework/ family responsibilities and schooling. These groups had the potential to join the labour market

Table 2: Population outside force reasons for not seeking work, Malaysia, 2018 and 2019