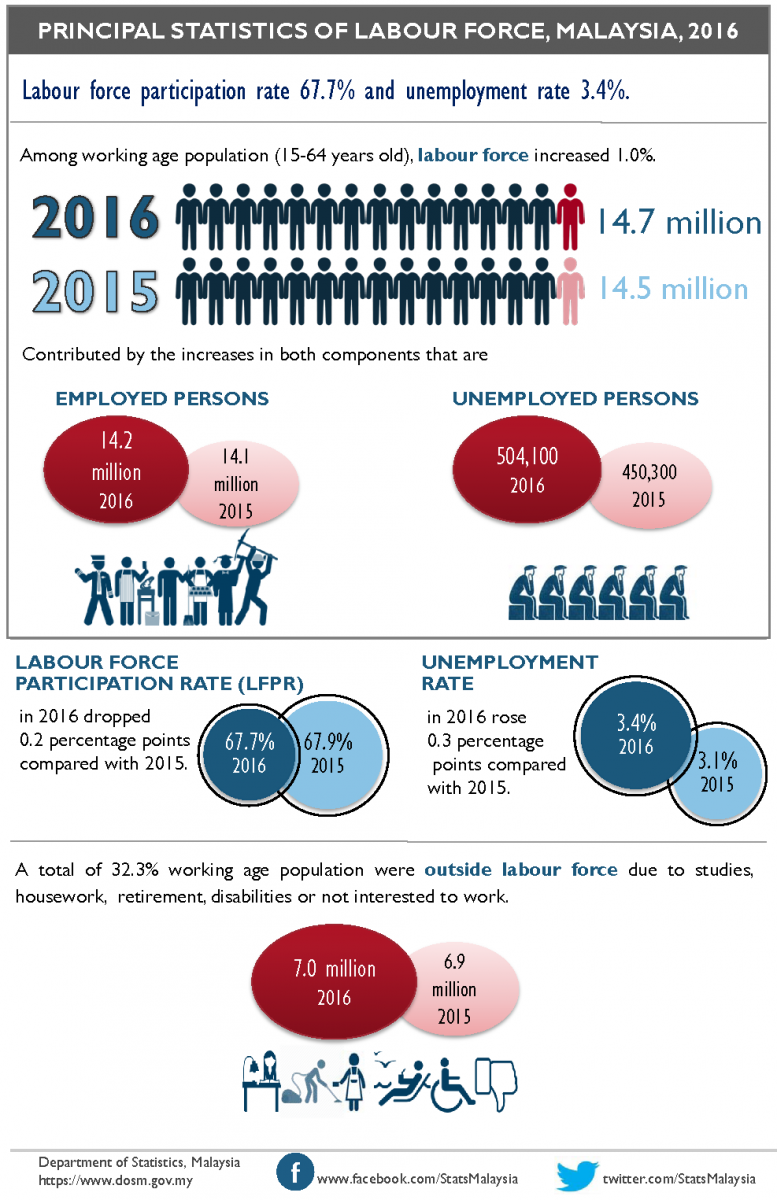 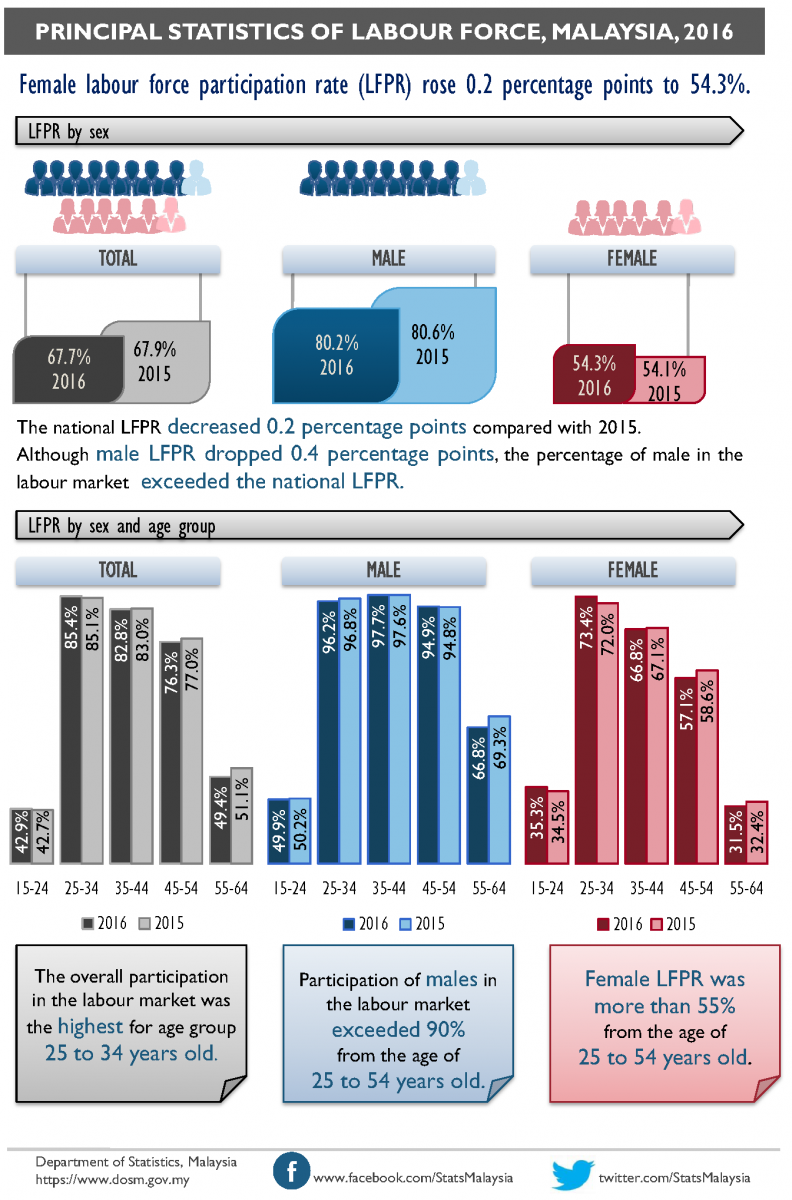 Labour Force Survey (LFS) is conducted by Department of Statistics, Malaysia (DOSM) every month through household approach to obtain data on the structure of labour force, employment and unemployment. This survey is carried out with probability sampling encompassing citizens and non-citizens in urban and rural areas for every state in Malaysia.

The Labour Force Survey Report is an annual publication which presents the principal statistics of the labour force for population in the working age of 15 to 64 years old by selected demographic and socioeconomic characteristics such as sex, age group, educational attainment, occupation and industry.

Labour force participation rate (LFPR) in 2016 was 67.7 per cent, declined 0.2 percentage points compared to 2015. Hence, another 32.3 per cent of the working age population were outside labour force. Meanwhile, the unemployment rate during the same period rose 0.3 percentage points to 3.4 per cent. This shows  that the  country's  economy  is  still  operating  in  full  employment1 that is unemployment rate below 4.0 per cent.

The participation of male labour force was 80.2 per cent in 2016, dropped 0.4 percentage points as compared to the previous year. The LFPR for age group 55–64 years registered the highest decrease of 2.5 percentage points to 66.8 per cent. However, both age groups of 35–44 years and 45–54 years recorded increases of 0.1 percentage points. As a whole, male LFPR was still higher than female for all age groups.

High unemployment rate was recorded for population aged 15–19 years that was 15.9 per cent in 2016, followed by population aged 20–24 years at 9.1 per cent. In terms of the number of unemployment, the highest contribution was registered by the age group of 20–24 years that is 37.7 per cent out of the total unemployed. However, the composition of unemployed persons in that age group dropped 4.4 percentage points compared to the previous year.

In 2016, almost 7 million of the population in the working age was outside the labour force, an increase of 1.7 per cent compared to the previous year. About 50 per cent of them were in the age group of 15–24 years. 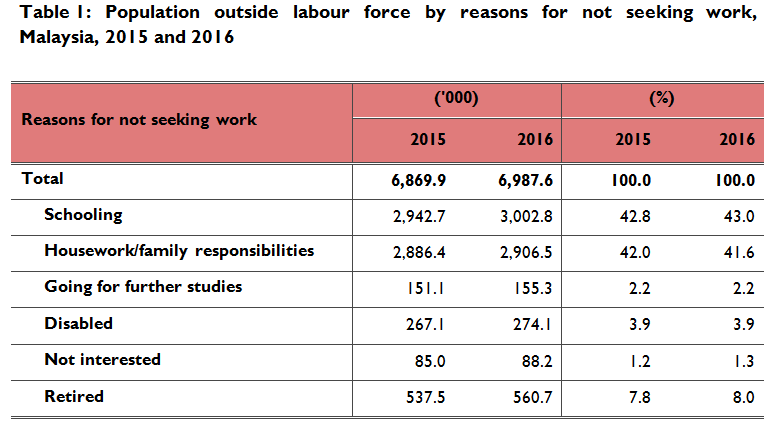 The detailed information and technical notes are published in the Labour Force Survey Report, Malaysia, 2016. This report is accessible and downloadable free of charge through the eStatistik application in DOSM web page, www.dosm.gov.my.