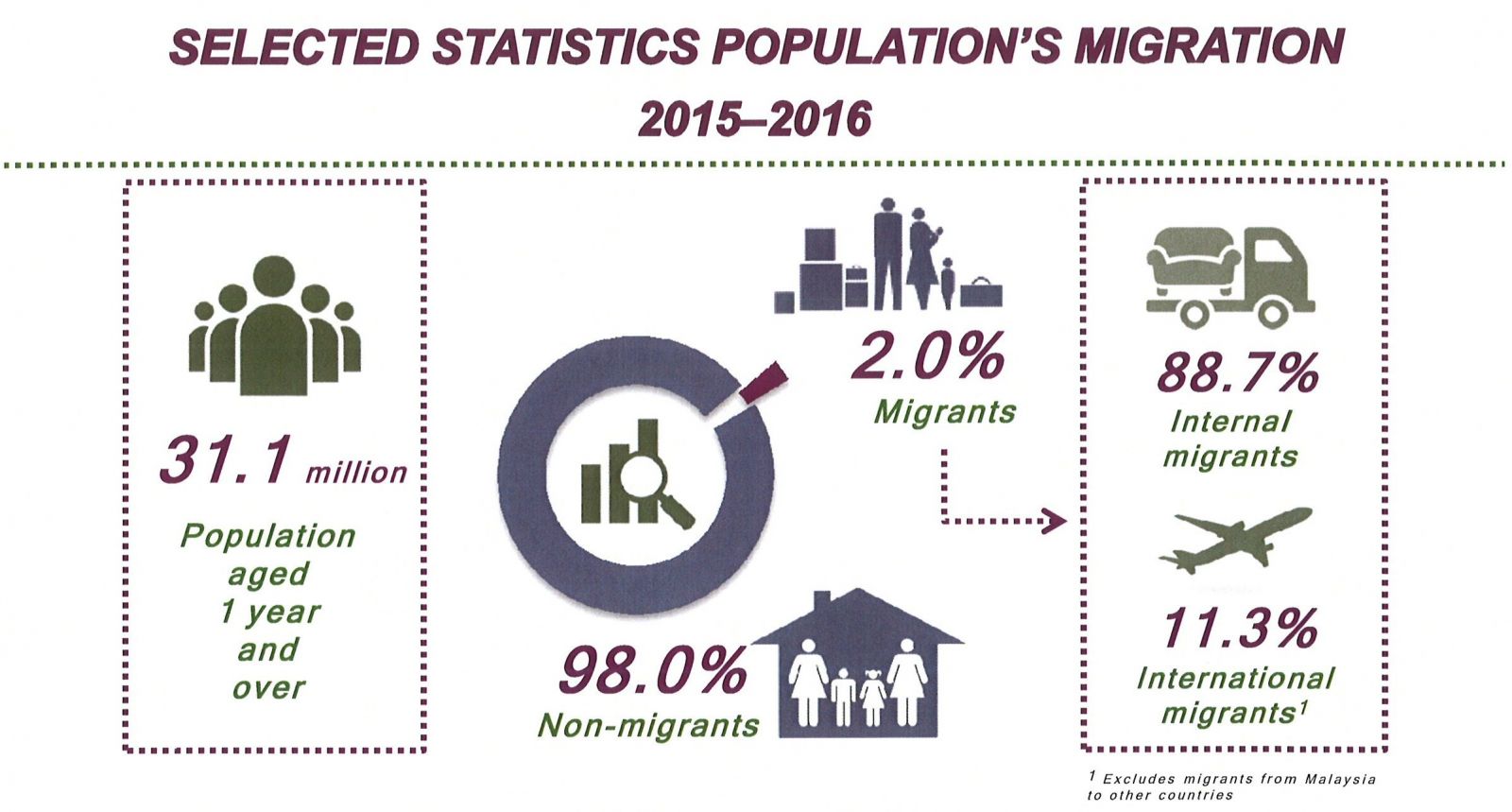 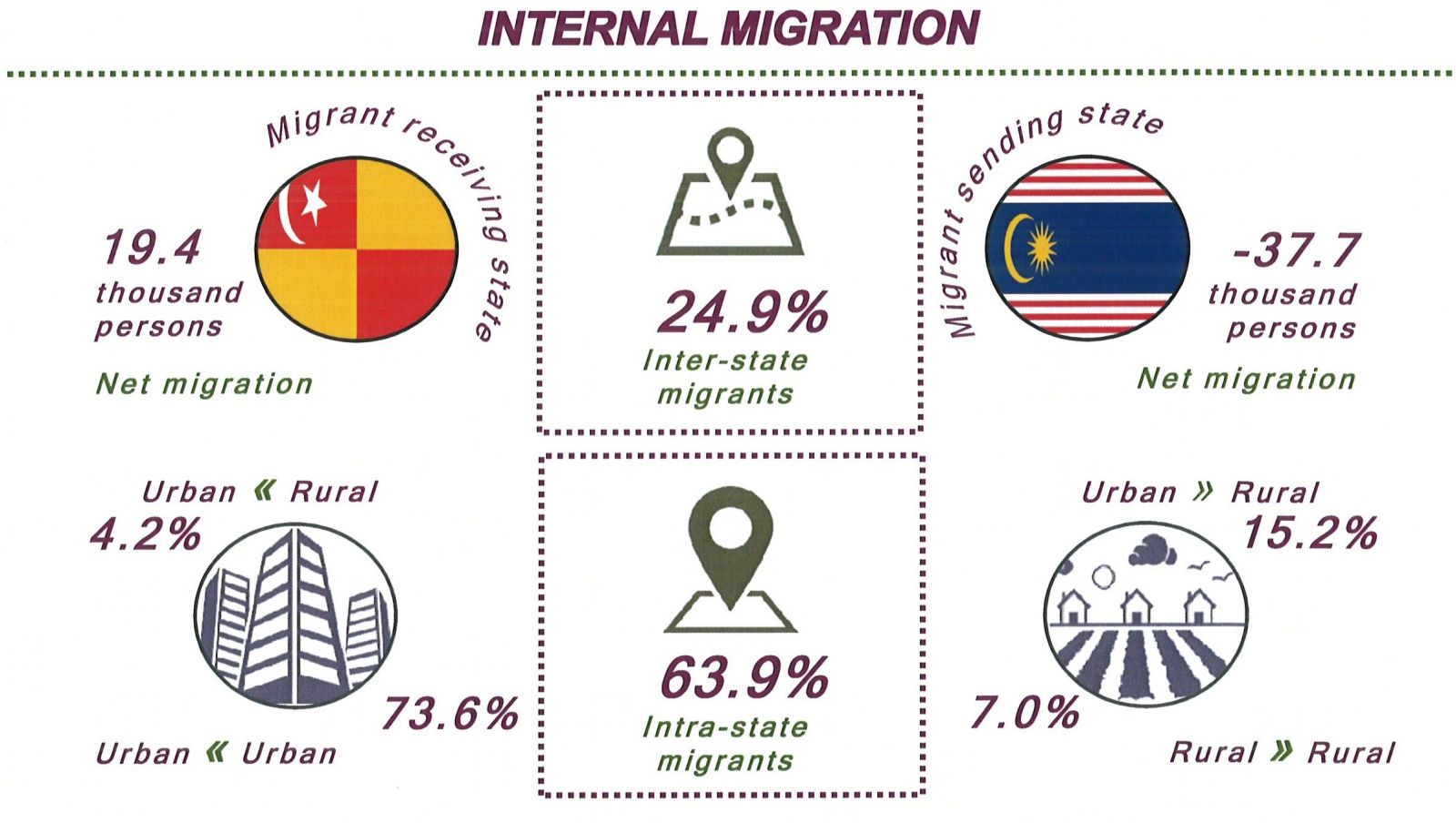 Following family was the main reason for migration, exceeding 40.0 per cent for 2015–2016. This was followed by environment and career with percentages exceeding 20.0 per cent respectively.

THE OFFICE OF CHIEF STATISTICIAN MALAYSIA
DEPARTMENT OF STATISTICS, MALAYSIA
26 May 2017