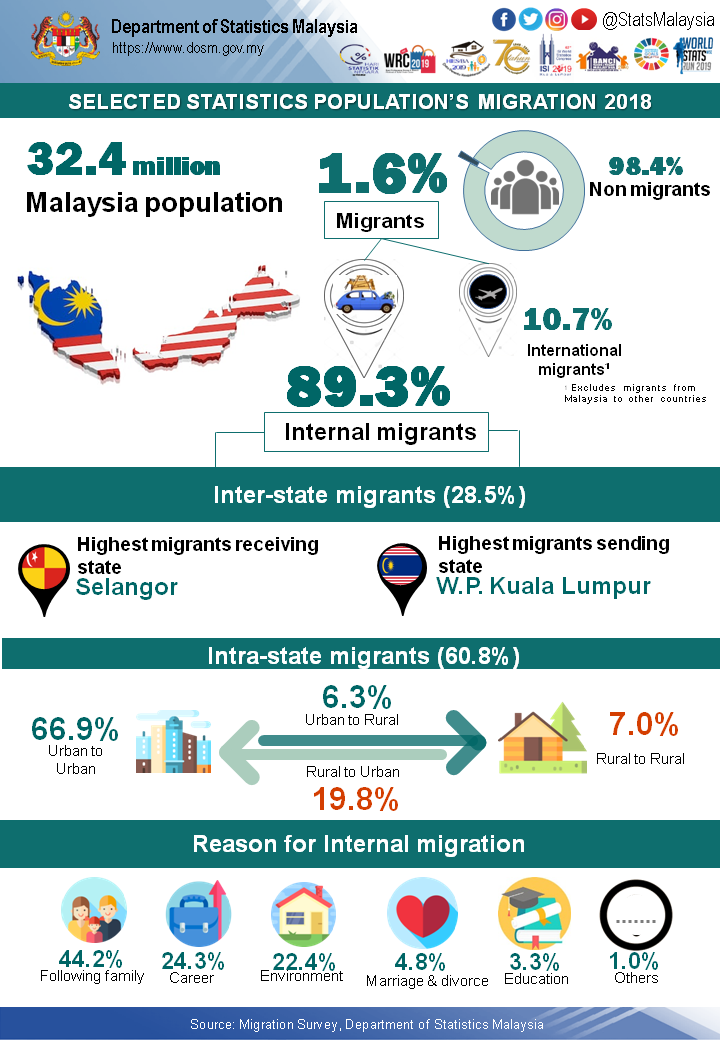 The population movements were also focused to urban areas within the same state for 2018, except for Kelantan and Sabah which recorded the highest movement from rural to urban areas. [Chart 2] 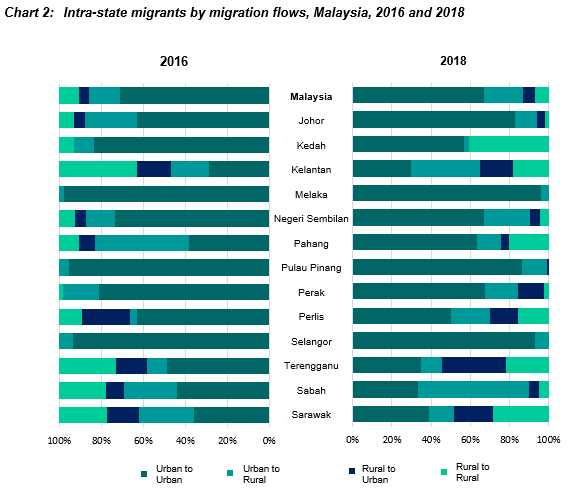 Main reasons for migration during 2018 were following family with 44.2 per cent, followed by career (24.3 per cent) and move to another house/looking for a new environment (22.4 per cent).  [Chart 3] 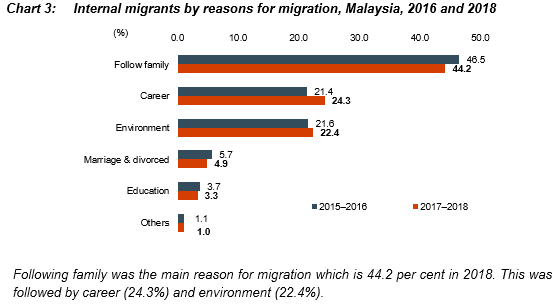