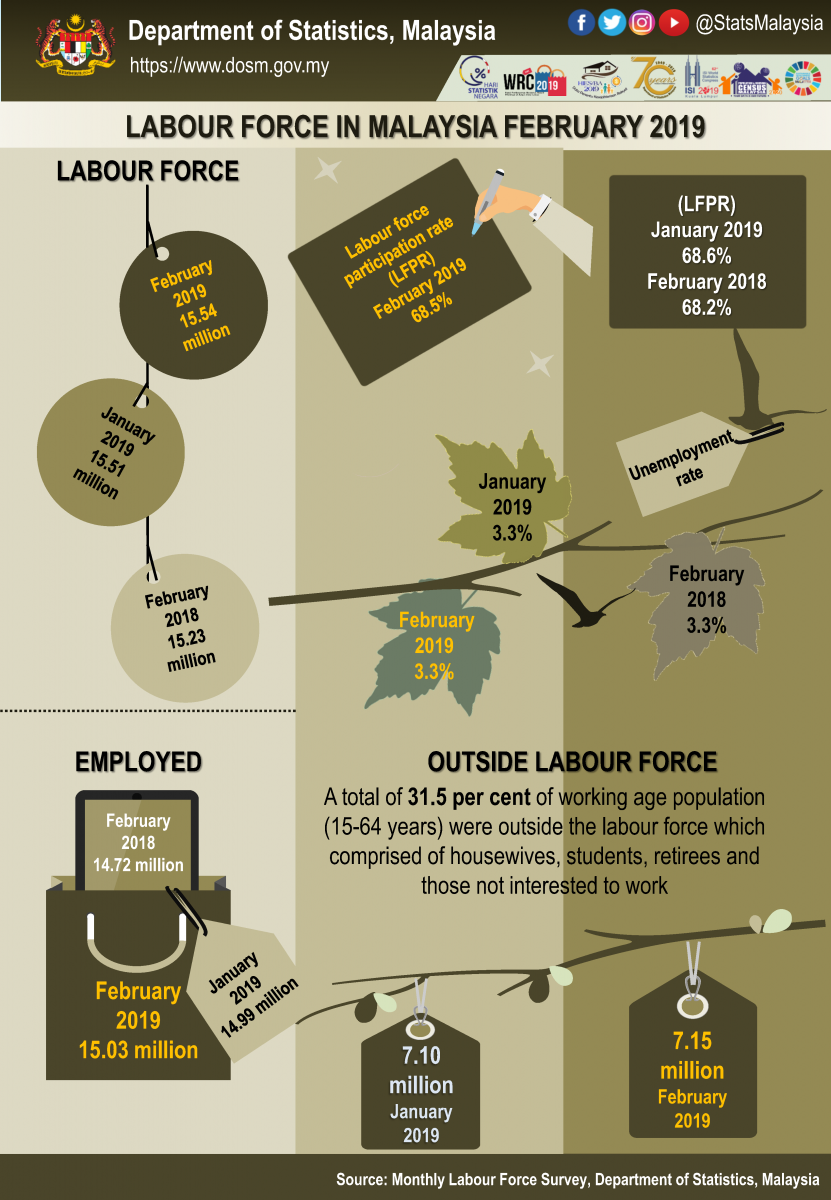 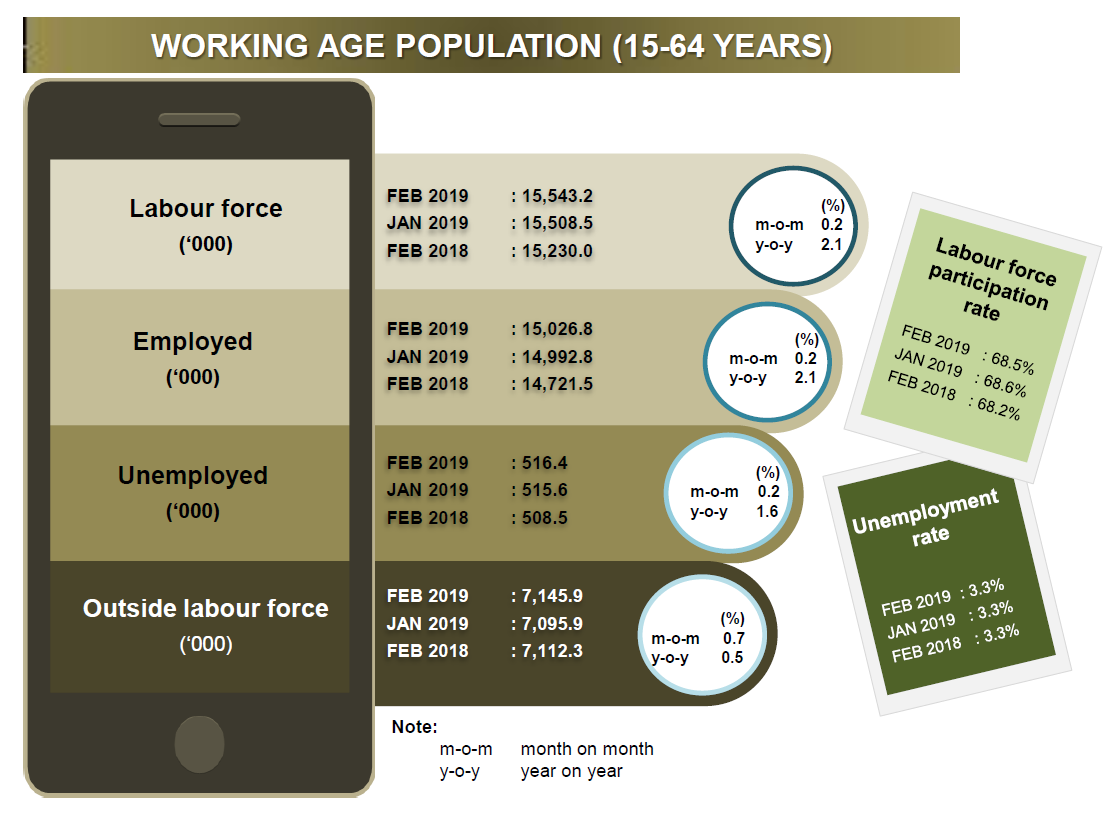 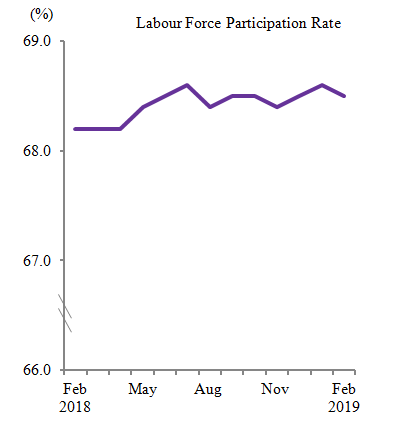 The unemployment rate in February 2019 remained at 3.3 per cent since September 2018. The number of unemployed persons recorded a total of 516.4 thousand persons, increased 1.6 per cent against February 2018.

Unemployment rate (seasonally adjusted) in February 2019 increased to 3.3 per cent as compared to 3.2 per cent in the previous month. 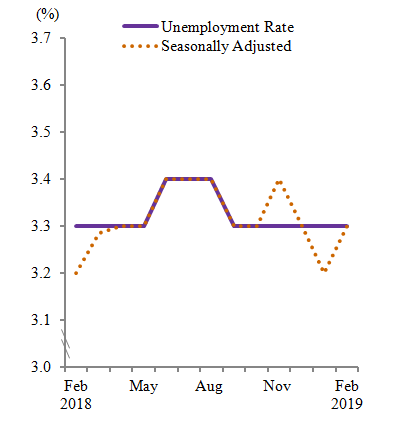