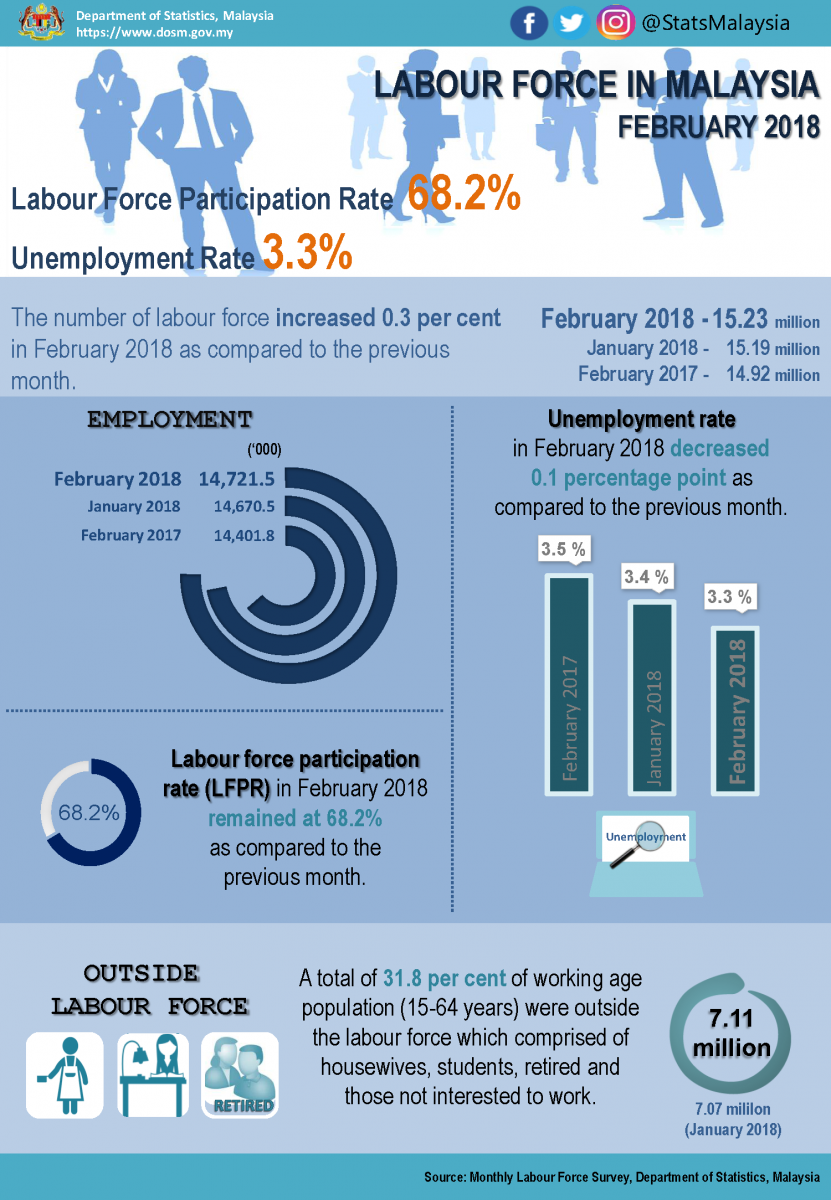 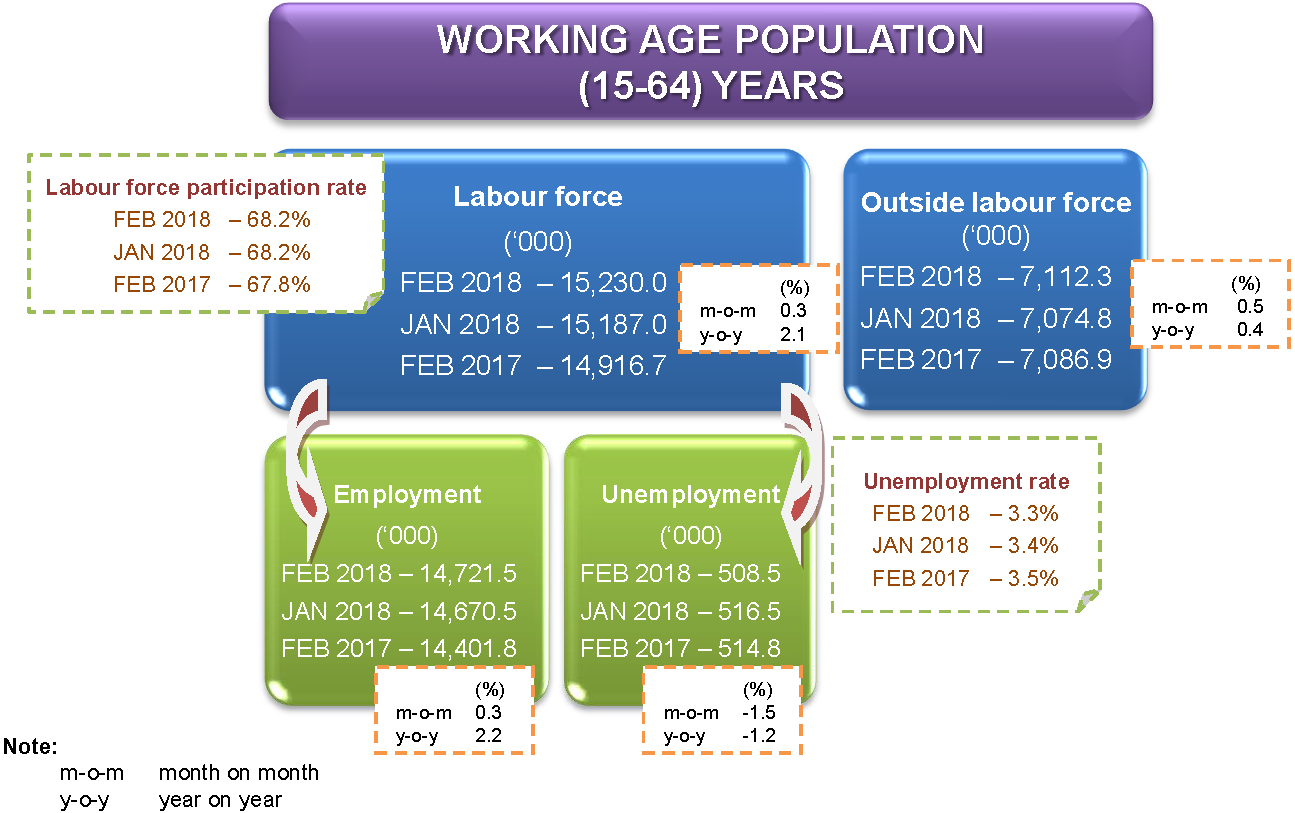 Labour force participation rate in February 2018 remained at 68.2 per cent as compared to the previous month. 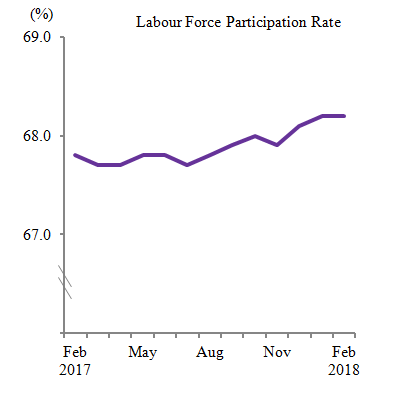 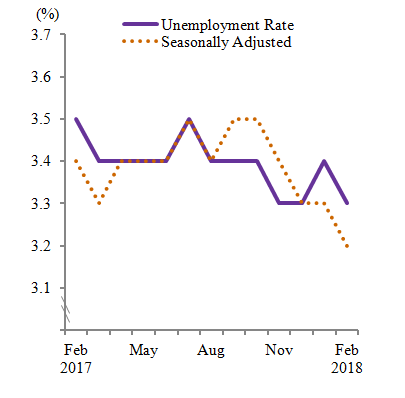