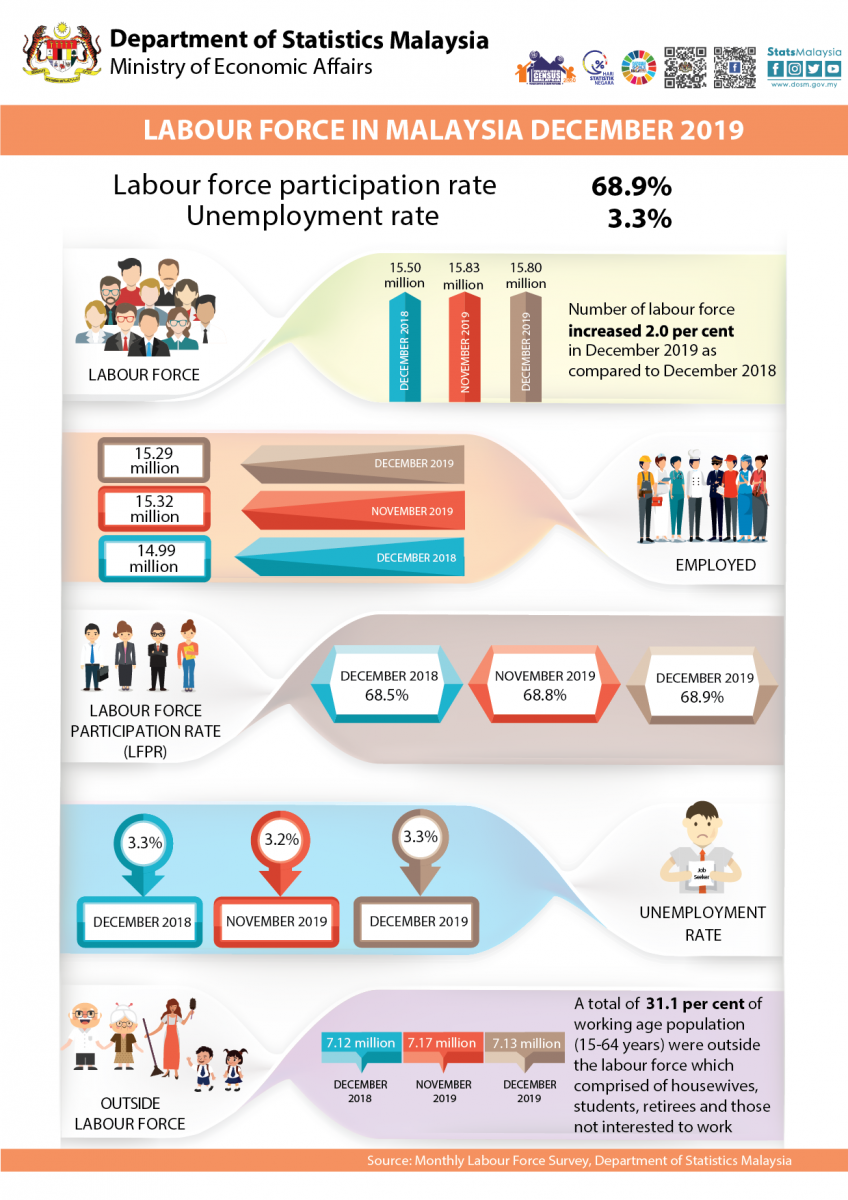 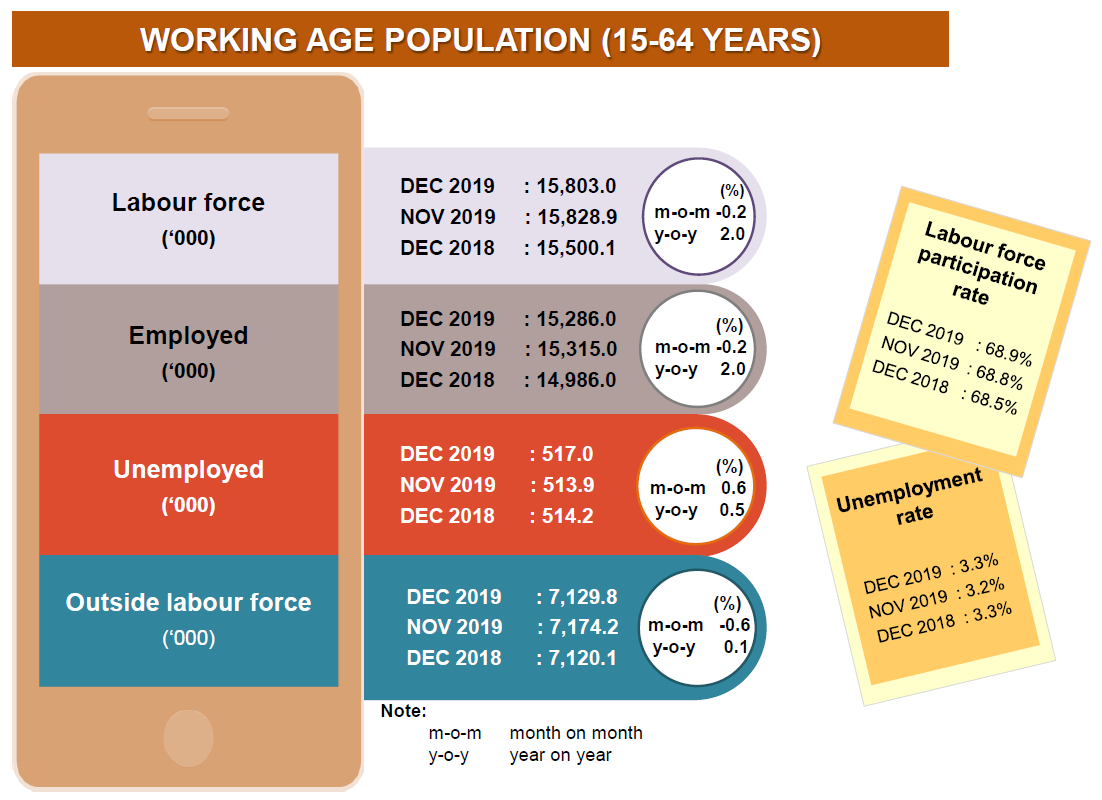 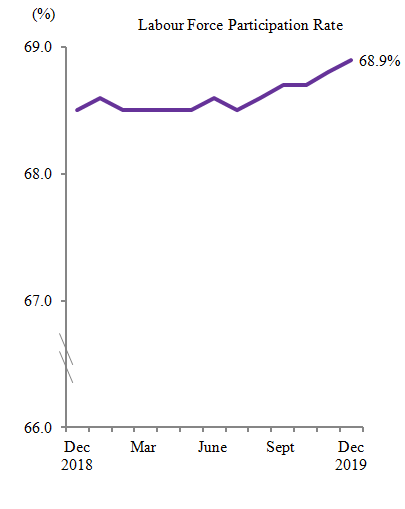 Unemployment rate (seasonally adjusted) in December 2019 remained at 3.3 per cent. 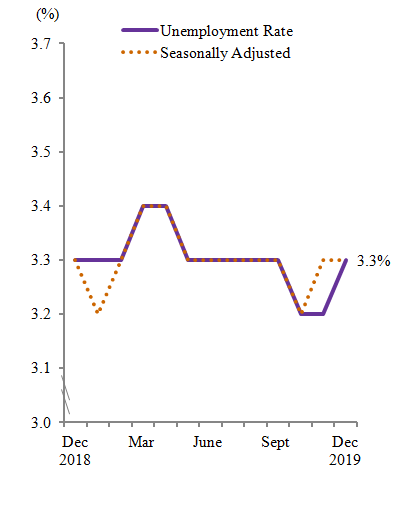